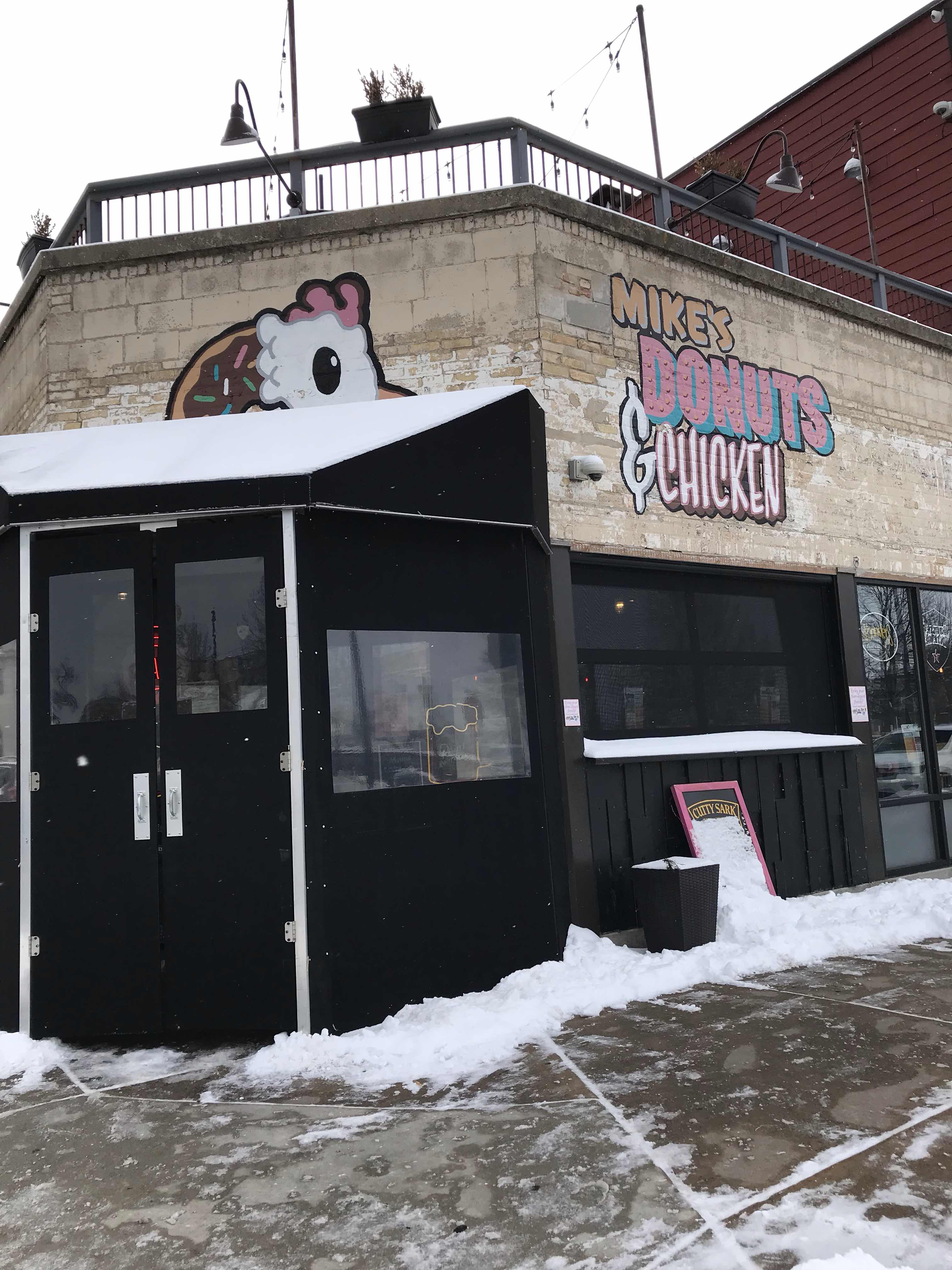 While visiting Kenosha recently to preview some of their participating Kenosha Restaurant Week locations, we made a stop for lunch at Mike's Donuts & Chicken. We entered through the donut shop and went over to the adjoining bar area, called Mike's Sportsbook & Meat Bar, to sit and have lunch. There's also rooftop seating to enjoy in the warmer months.

I don't think anything in the place is low-calorie, but once you get in there and smell the doughnuts and pursue the menu it just doesn't matter. You're already committed and you might as well go all-in. We started out with the Drunken Pig Biscuit appetizer - pulled pork with bourbon glaze on biscuits. It was so dang good. Paired it with a Hofbrau Maibock - and that took it from good to perfection. 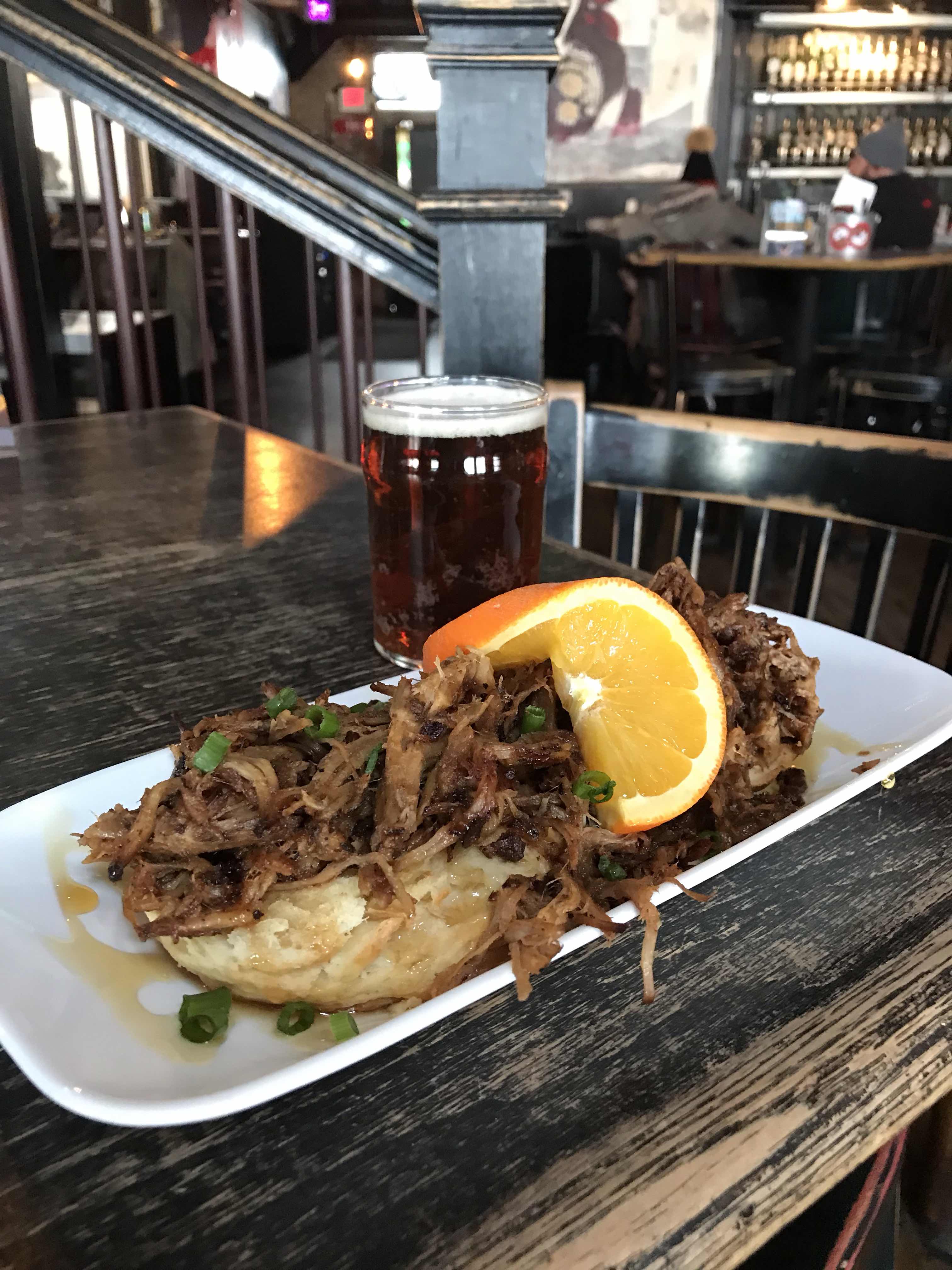 I ordered a jelly donut martini - I had been told by a couple people that it was something I HAD to try - or at least order so that I could photograph it and Instagram it. :)

I'm so glad I followed that advice. It was unbelievable sweet, but really did taste just like a jelly doughnut. And then it had a half of a sprinkle doughnut for dipping. 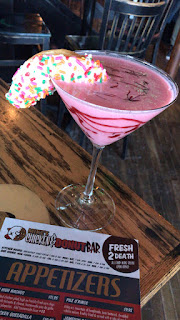 We split a chicken sandwich - one called the "Before and After" that had a fried chicken breast with bacon and an egg on top. That crispy sandwich was amazing. You can get the classic chicken sandwich as one of the options on the Kenosha Restaurant Week menu. 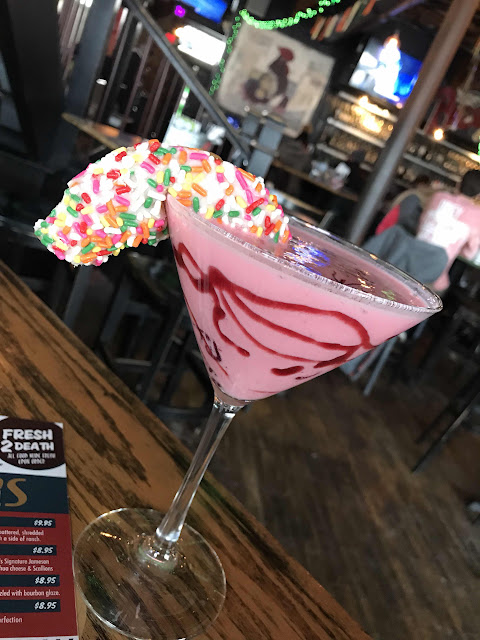 There's still a few days left to take advantage of Kenosha Restaurant Week, which is underway and runs through February 10. If you find yourself in Kenosha any other time of the year - make sure you stop here. Even if it's not for a full meal, pop in and get a doughnut to go. I ordered a box of specialty doughnuts to take home for my kids - some maple bacon long johns and stuffed jelly doughnuts. They were a big hit. 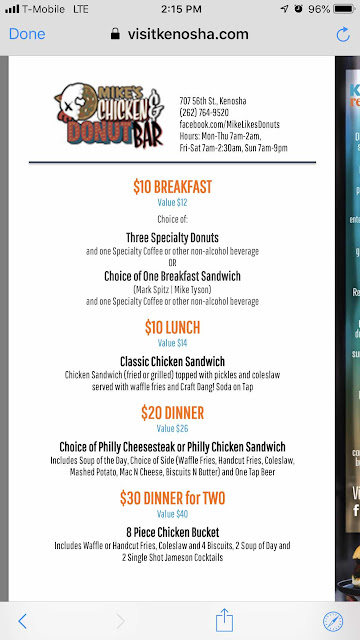 Oh, and one other fun feature - they have a Jameson wall. The full wall behind the bar is filled from top to bottom with hundreds of bottles of Jameson, each marker with a number and in order. I wondered what that was all about and it turns out that it's kinda like a mug club at a brewery where you buy a mug and then when you come in you find your mug and use it for brew that is discounted or included with a membership. In this case, you purchase a full bottle and it goes on the shelf. When you stop in you can get a shot from your very own bottle. Kinda cool. Never seen that before. 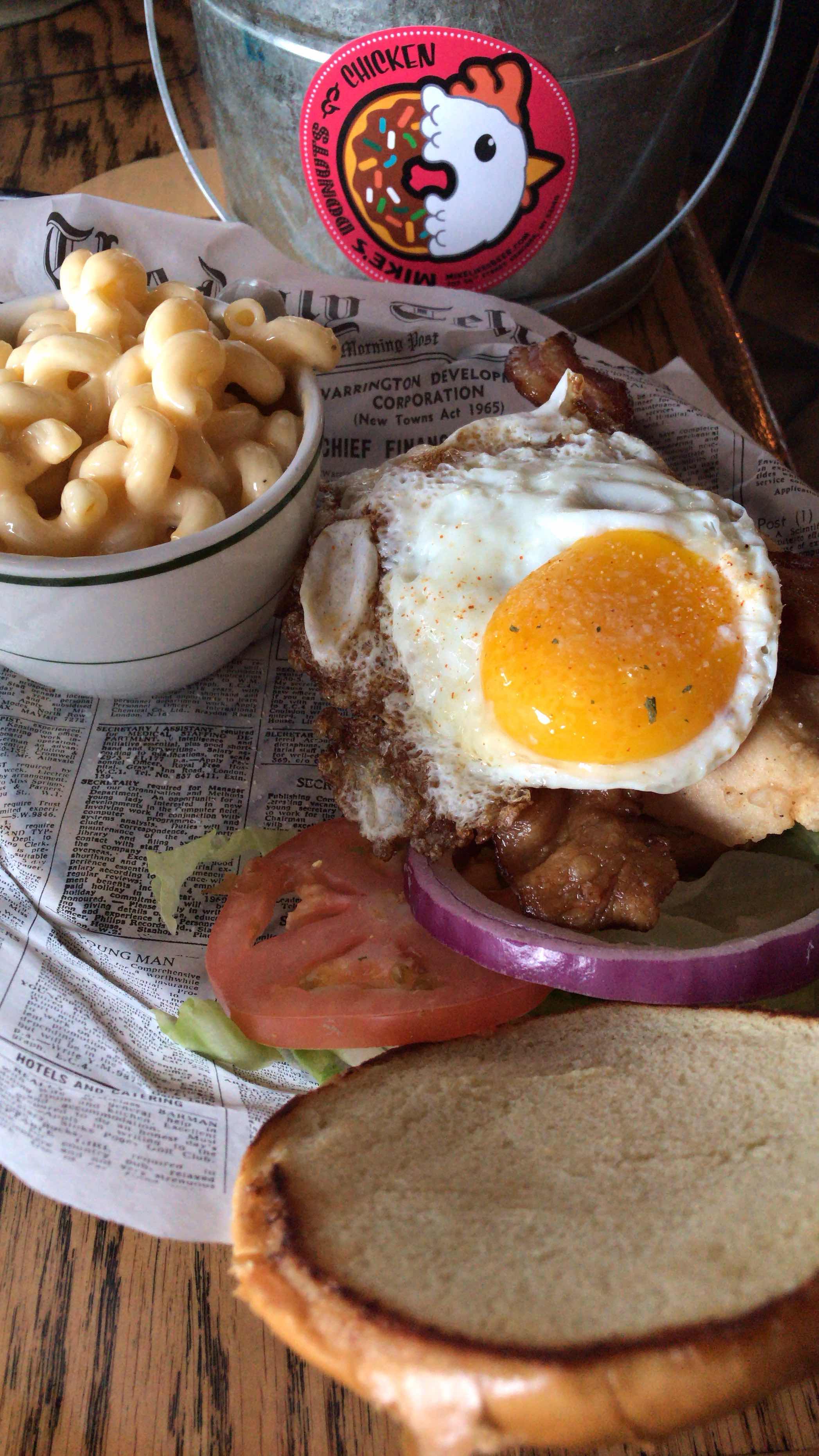 **Our visit was hosted by the Kenosha Area Convention & Visitors Bureau. I was not compensated for this post. Opinions are my own. 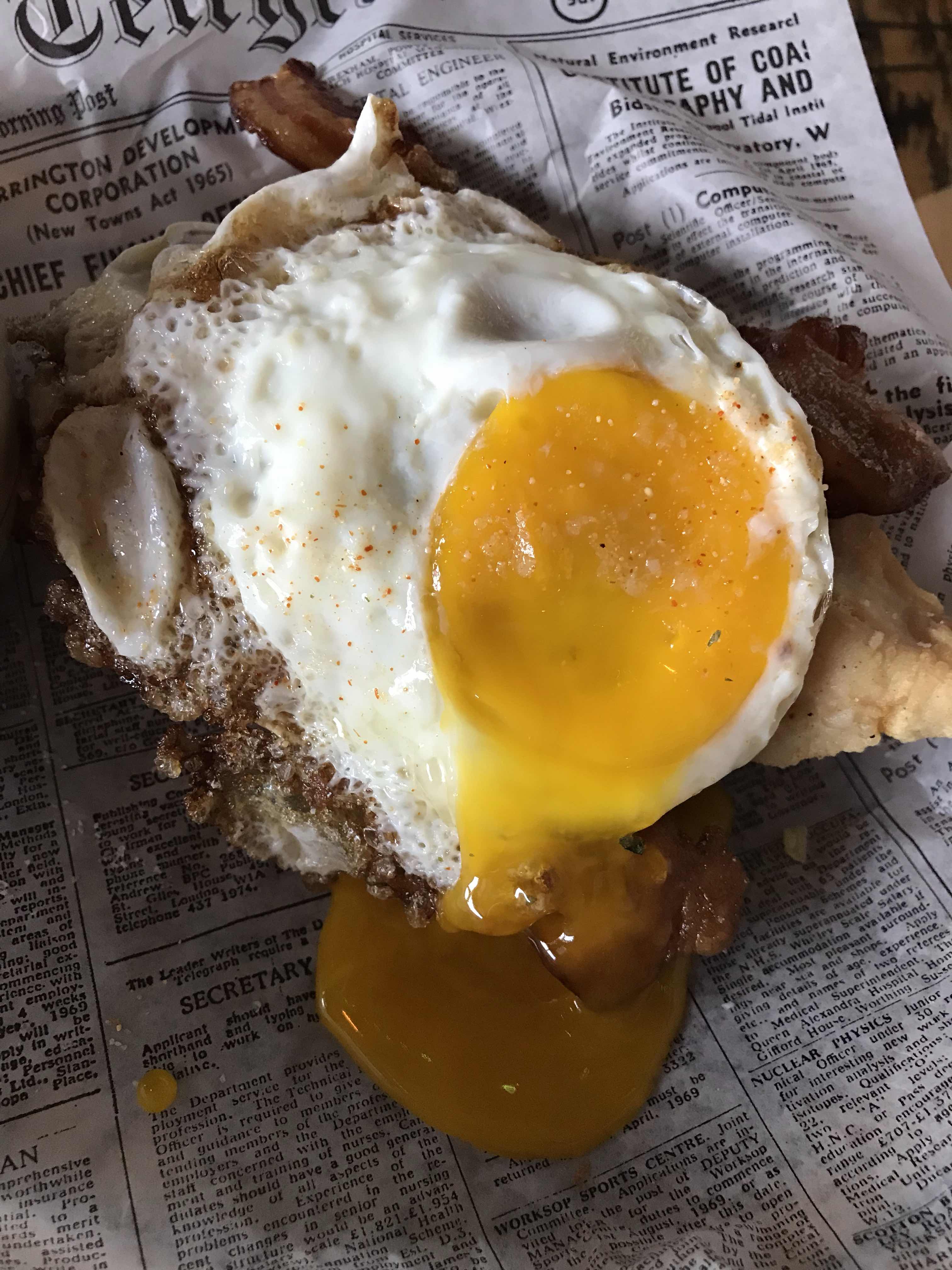 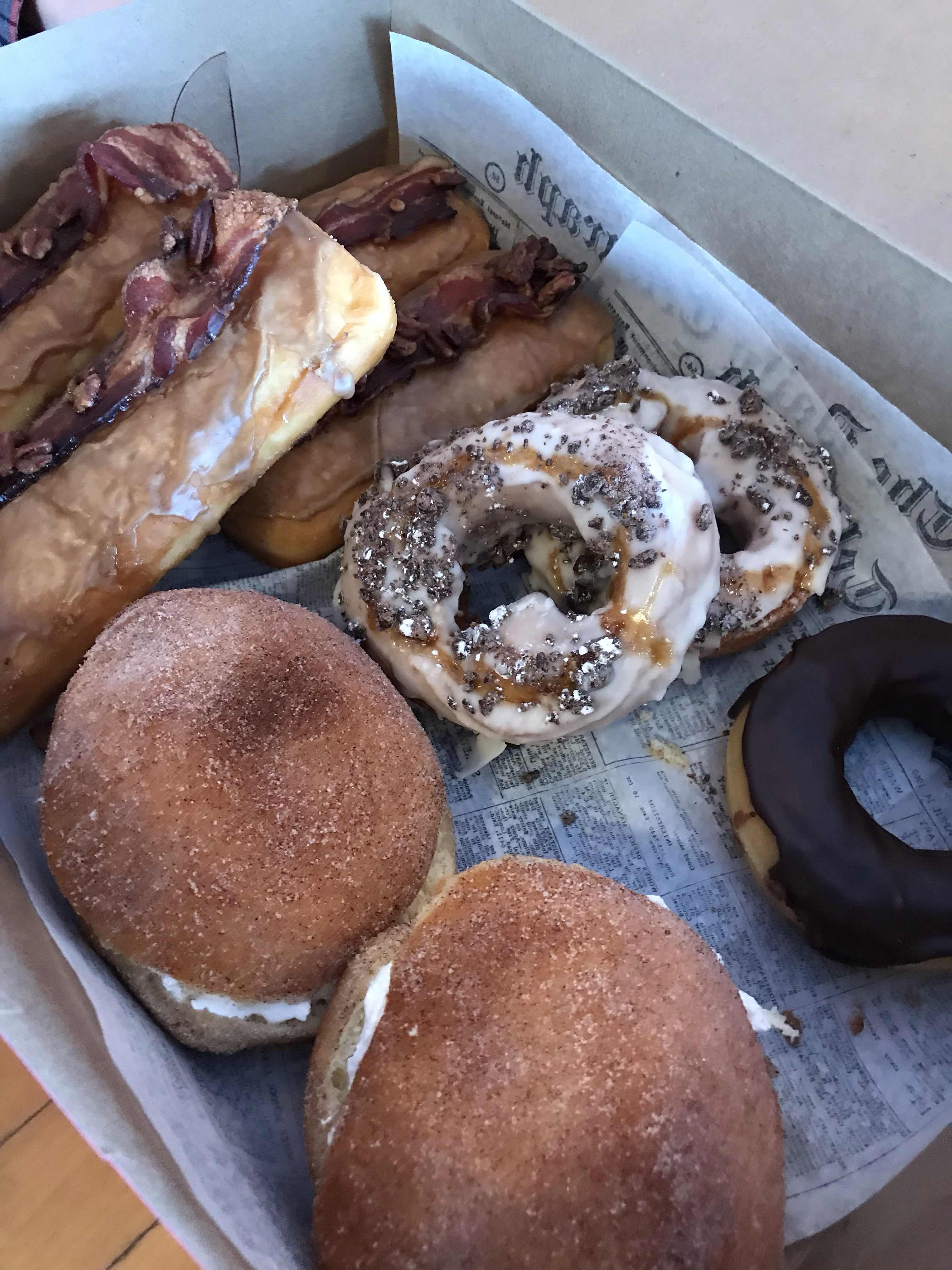 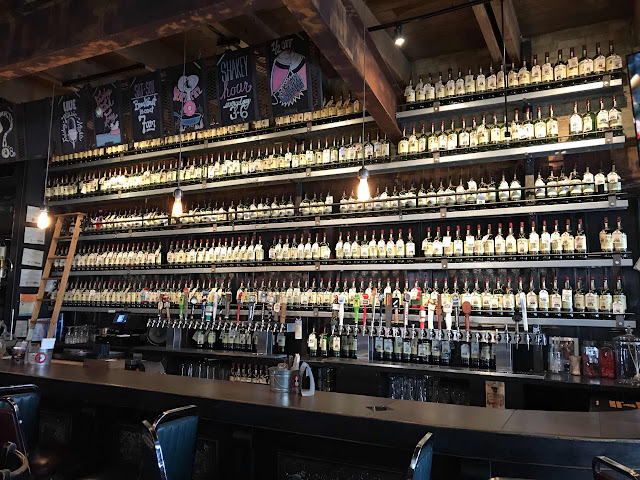