Son #4 had a birthday recently (his 9th) and so we went to celebrate by going out for pizza at Beggar's Pizza in Lansing. Prior to being Beggar's, it was a pizza place called Pipes and Pizza. And long before that it was the Lans Theatre. After the theatre closed, the new owner found a pipe organ that was added and it became Pipes and Pizza. When it became Beggar's, the organ tradition continued and now there is an organ player there twice a week. We went on a Tuesday night when he is there from 6 to 9 p.m.

The pizza there is incredible! I love the sausage, especially. And I love that they pile on the cheese. No skimping. Everything is awesome!

Here's some sausage pizza bread that we got as an appetizer. 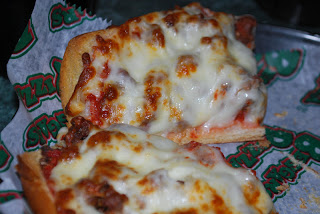 And a small pepperoni pizza for a couple of the boys. 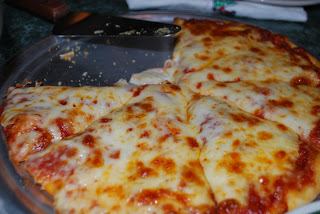 And the pizza for the grown-ups with sausage, Canadian Bacon and mushroom. 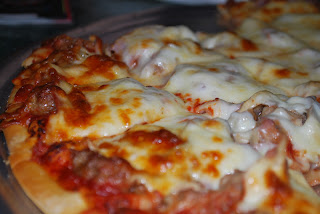 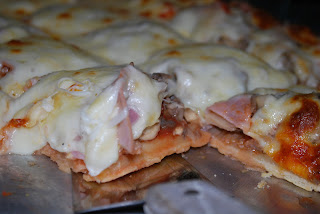 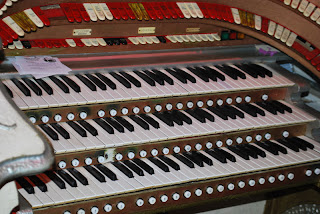 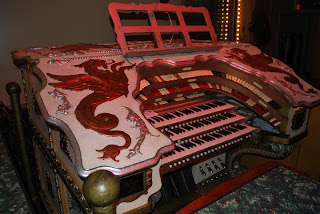 And the birthday boy who scored the new Three Stooges movie. :) 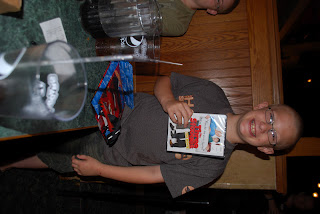 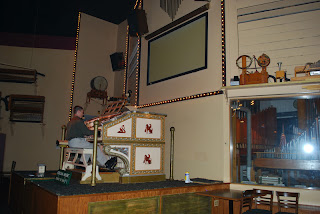