Last year's gardens faired much better than this year. It was such a strange season in Chicagoland: early warm spell (80's in March), then frost in April, very hot June and July with several days around 100 degrees and a long spell with very little rain.

Many of the things we planted didn't take at all. And likewise for my father-in-law's garden. Our tomatoes have been sparse. The peppers are doing alright. A little early bunch of lettuce and spinach. And that's all worth mentioning.

At my father-in-law's, he got a few squash, but absolutely no zucchini. He usually has huge cucumbers. This year, there was nothing. I was surprised, however, to see on our last visit that in his little pumpkin patch, he had two that were very large and at least 3 that were showing promise. I can't wait to see how big they get as there's still a few more week before they'll be cut from the vine. Here's a look at what the patch yielded last year. I'm hoping this year will look just as good. 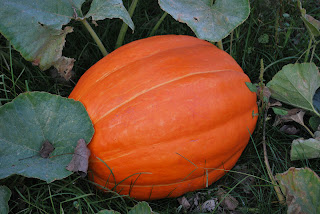 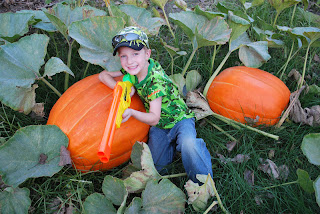 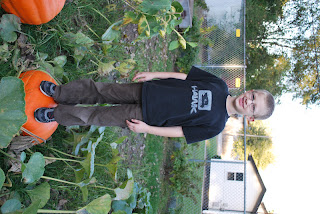 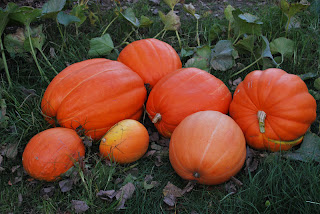 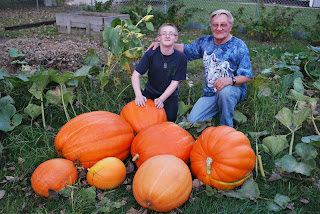 That's grandpa and my second son, now 13. He and grandpa planted the pumpkin seeds.