Eating under the starts to a live orchestra


Last week, my father, my youngest son and I went to a free outdoor concert of the Northwest Indiana Symphony Orchestra in Crown Point. My dad loves classical music and so do I, so I was looking forward to the event, which is one of a series of outdoor concerts in the area.

I invited my four youngest kids. My oldest would have probably liked going, but was working. None of my four younger ones was interested. I was determined to bring at least one along. So, I shamefully offered the youngest a stop for ice cream if he came along. It worked. So, we picked up grandpa and made a stop to get my son a root beer float to eat on the way.

Once we got there, I looked around to see all of the spectators with lovely spreads in front of them - wine, candles, snacks. Really...why didn't I think of that? We showed up with our lawn chairs and that was it. I'll know better next time. It reminded me of Ravina Festival in Highland Park, which I haven't been to in years. It's a concert venue with pavilion seating, but also an extensive lawn area and many of the performances are by the Chicago Symphony Orchestra or are other performers of classical music. You are allowed to bring in food, so groups gather with picnic baskets and wine and cheese and fruit.

So, others were eating under the stars and I was wishing I was. Best I could do was buy some fundraising Fannie Mae bars at intermission and munch on those. But the company and the music were delightful. In additional to classical tunes, the orchestra played the Olympic theme, songs of Sinatra, Beatles tunes a medley of themes of television shows of the 70's and 80's and music from Star Wars. 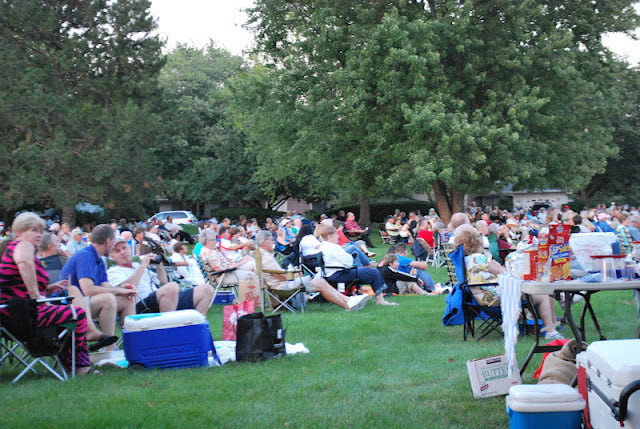 A big crowd came out for the concert and most made a night of it, bringing coolers and tables and lots of food. 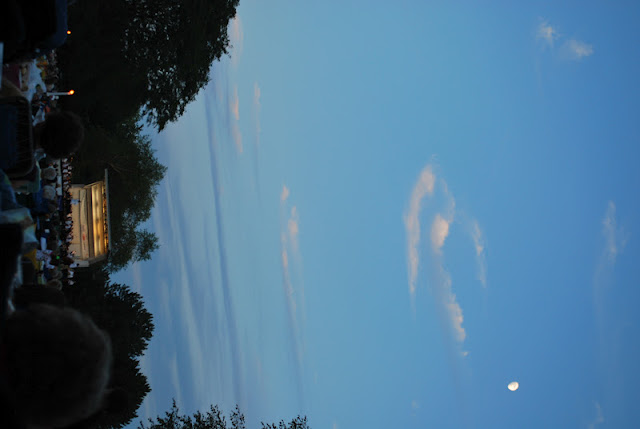 At the start of the concert, the conductor announced that a police officer had estimated the crowd to be around 4,000. We were WAY in the back...but it was a lovely night and the moon over the stage was beautiful. 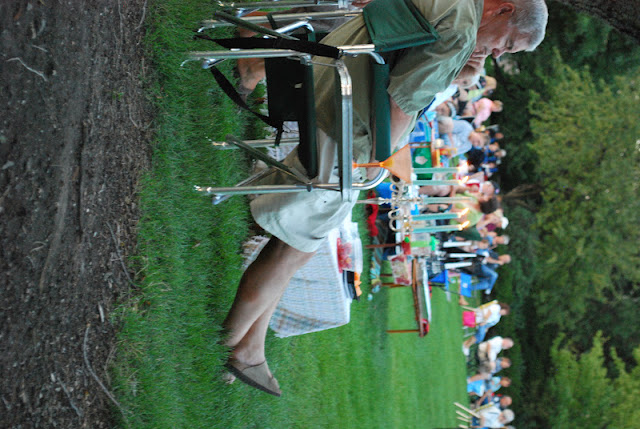 Candles were a nice touch. 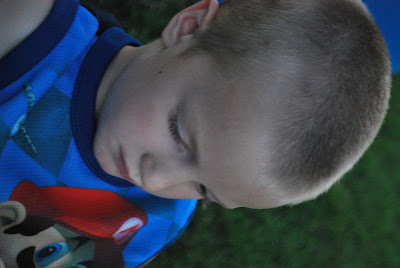 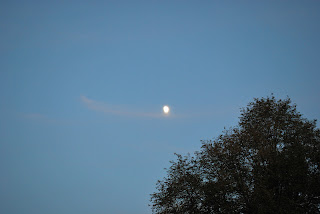 My little guy's picture of the moon. :) 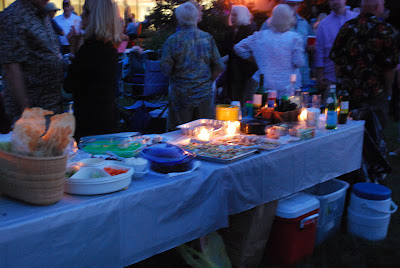 Quite a spread for the concert.

Two concerts remain for this summer - August 3 at Wolf Lake Pavilion and August 4 at Central Park Plaza in Valparaiso. More information is available at http://www.nwisymphony.org/pages/concerts/sssmf.php.