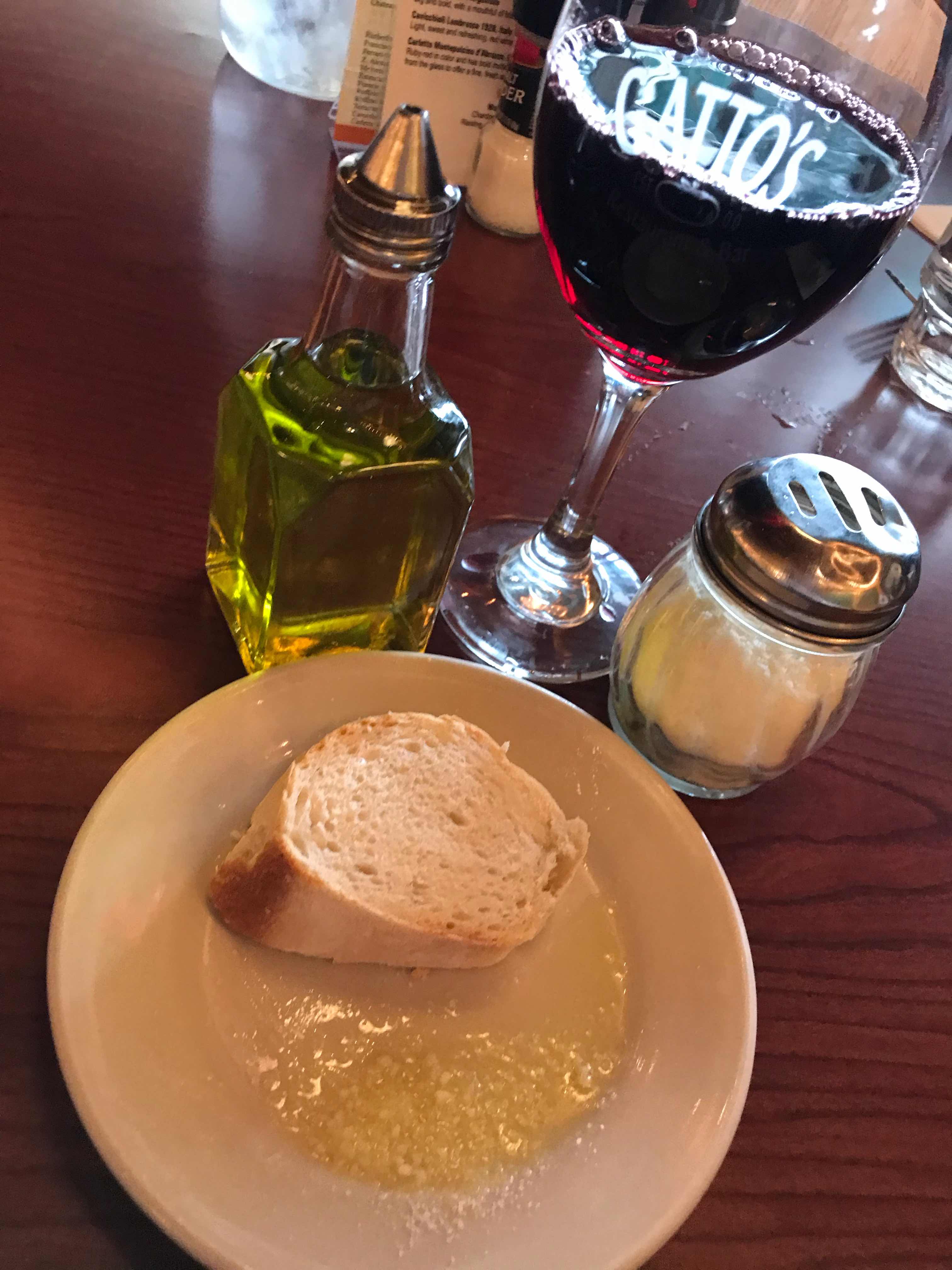 I had a lunch date planned with my friend this past Friday. We were hoping to visit a restaurant in the city for Chicago Restaurant Week, but ones we were interested in weren’t open for lunch and we didn’t have a lot of time to go too far north or to the north or northwest suburbs because I had to drive my son up north that afternoon when a big storm was predicted and needed to allow enough time to get him there.

So, we opted to stay in the south burbs. I Googled restaurants in the Orland Park, Frankfort and Tinley Park areas and handed Jen a list of a dozen places. She’s married to an Italian and knows her Italian food, so I jotted down about 8 Italian spots and filled in a few Asian places and a European breakfast cafe. She saw Gatto’s on the list and it was one she hadn’t been to, so we decided to try out this spot that was new to both of us. The Tinley Park location was a little bit closer than the Orland Park location (there’s also restaurants in New Lenox and Downer’s Grove), so that's where we went. 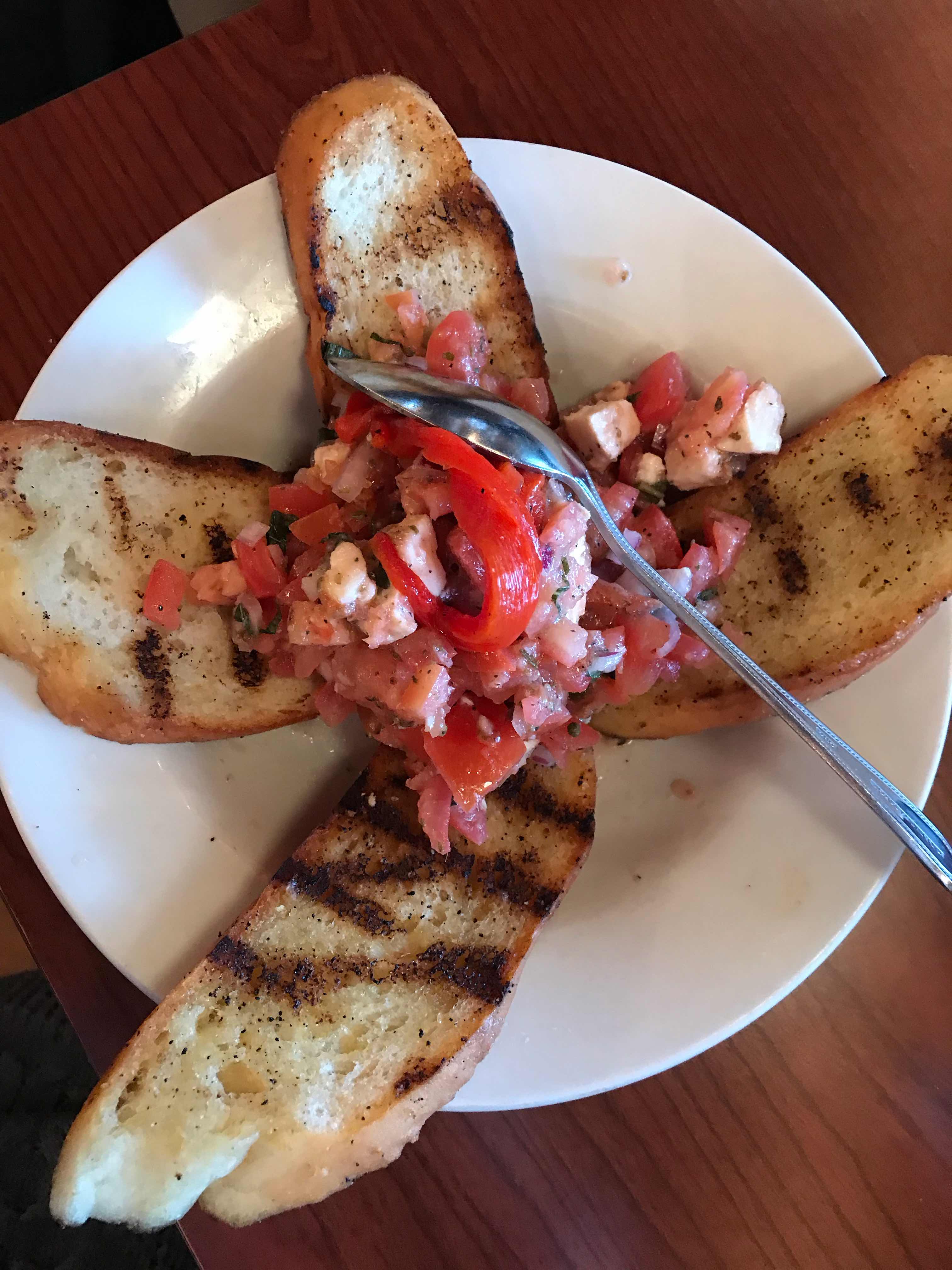 We started out, of course, with warm bread and dipped it in oil and Parmesan cheese. Really, a loaf of bread, oil, parm and a glass of wine and I would have been a happy camper, but there was more to come...lots more.

We decided to have an appetizer of bruschetta. Theirs had fresh mozzarella in with the tomato mixture and if there's one thing I love as much as bread, it's cheese.

I looked around the menu a bit and when the waitress came by, I asked her if I could get chicken picatta, which I didn't see on the menu. She said it would be no problem at all - it's just Chicken Limone with capers added, she told me. Chicken picatta is my favorite chicken dish. I haven't had it in forever, so I was so excited to get it there. It was as delicious as I'd hoped. 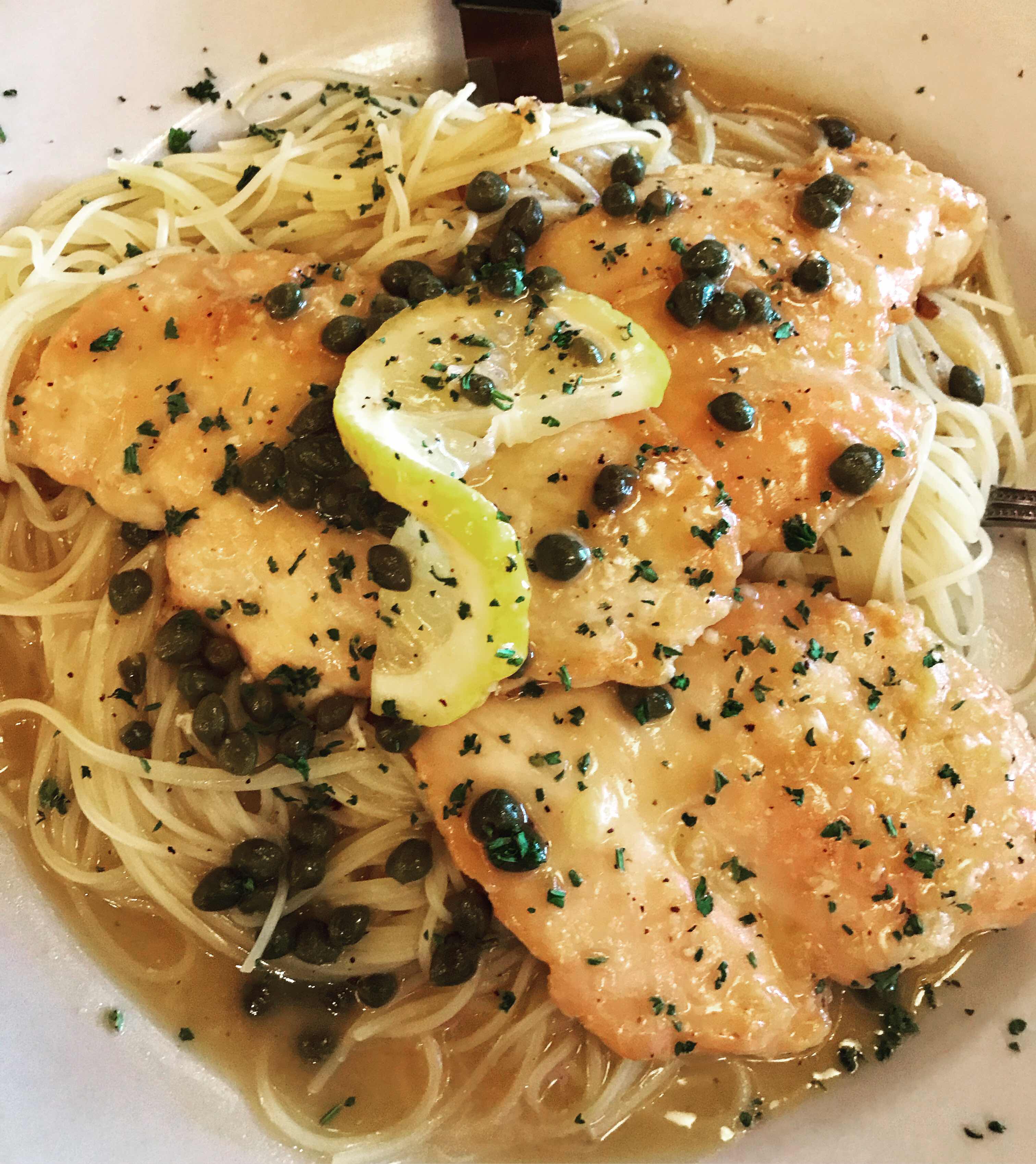 Jen is a perfect dining companion. She is not only patient while I take pictures, but helps turn things for a good view or adds other stuff into the frame to make it more interesting (that's her glass of wine in the bread picture above - and she put it there.)

She also has no problem sharing and swapping parts of our meals so that we can try everything on the table. She also has been cooking Italian food for a long time - so she knows every dish on the menu and has made them all herself. She mentioned Bragiole, which I'd never heard of. She said she makes hers with thin steak stuffed with boiled egg, onion, bread crumbs and sometimes other things, ties it with string, cooks it and then smothers it in marinara sauce. She decided to try their version and I got to try it, too. It was really good. It was flank steak stuffed with onion and garlic. It was so, so tender and the sauce was fantastic. 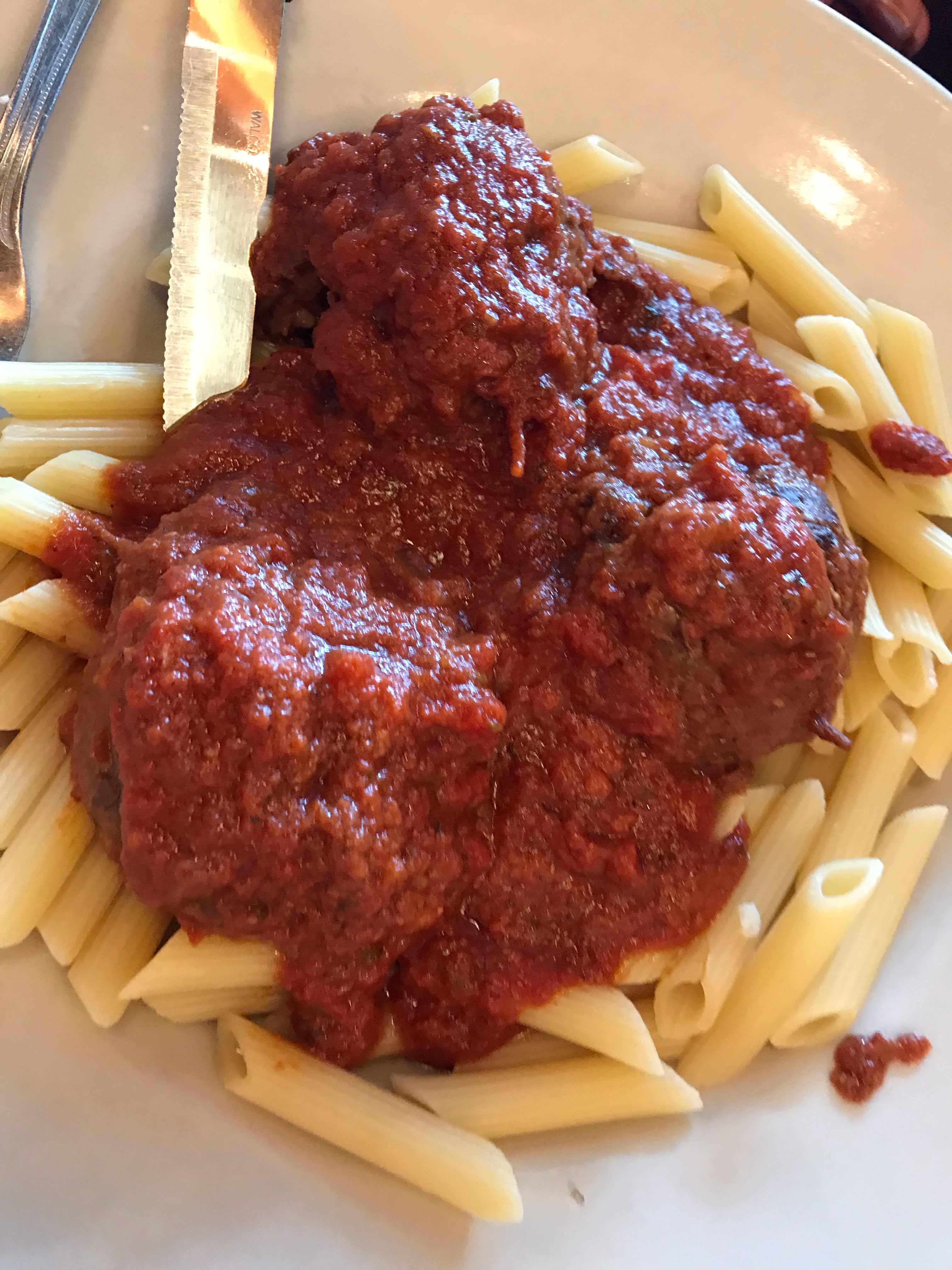 If you're looking for some hearty Italian, hit one of the Gatto's locations. Visit gattosrestaurant.com for more information.