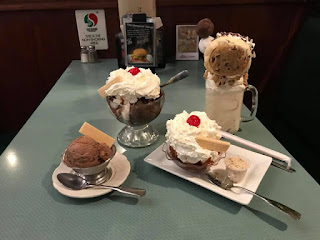 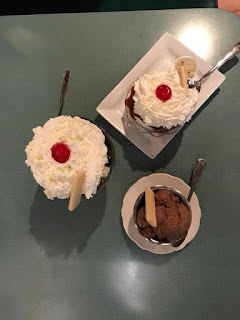 About three weeks ago I was putting together a short post on food challenges. I'd heard of a few places that had them and was looking for a couple more to add to the list. I came across Lindy's Chili and Gertie's Ice Cream. 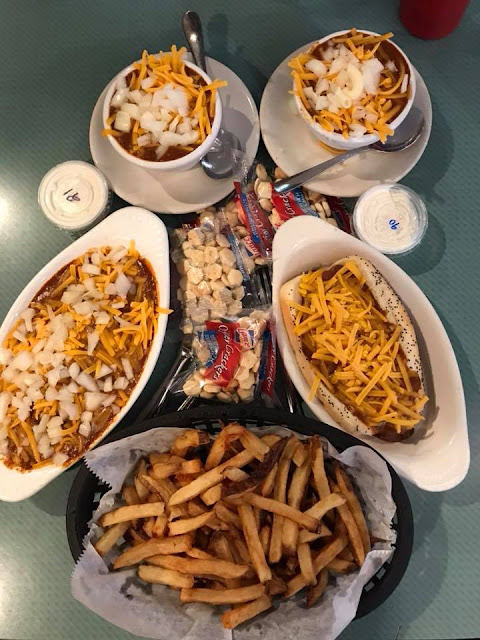 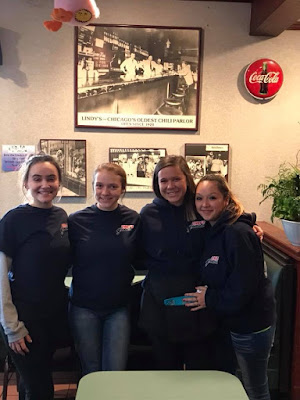 Before I even looked further into the food challenge, I was intrigued by this unusual combination and wanted to learn more. When you think about it, it's not all that crazy - adding something cold along with something hot. If you have a little too much spice in your chili, you have some ice cream to cool down, right? But there's more to the story.

Lindy's Chili and Gertie's Ice Cream were both separate successful long-time businesses in Chicago when each was purchased by businessman Joseph Yesutis is 1974. After analyzing the two businesses, he decided it made sense to combine them. 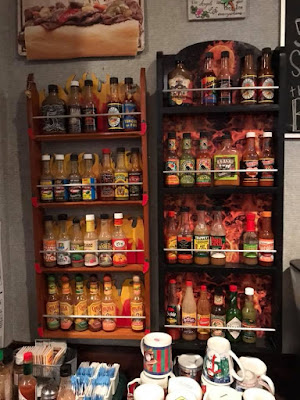 According to their website, lindyschili.com, "Lindy's Chili was drawing huge lunch and dinner crowds, but slowed in the evenings. On the other hand, Gertie's Ice Cream did great business in the evenings when customers crowded in. Additionally, there was seasonal factors that effected business. Cold Chicago winters bolstered chili sales, while ice cream sales declined. And, of course, in the summer, ice cream soared past chili sales." It just made sense to put them together. Lindy's first opened in 1924 and Gertie's dates back to 1901.

After I read more about it, I knew I had to make a visit to one of their locations. I decided to visit the Bridgeview location while out in that area try to out some legendary pizza at Vito & Nick's. 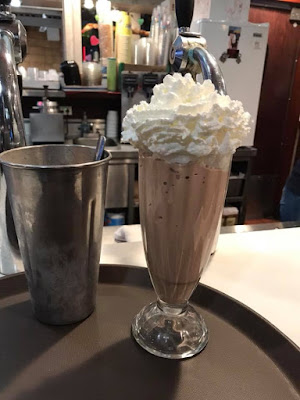 My friends, Karen and Paul accompanied me. It's always more fun to have someone to hang with on a foodie adventure and that way you can each order something different and have a chance to try multiple menu items.

I sampled the chili mac, a chili cheese dog, a tamale covered in chili and the fresh cut fries. I really liked the chili. I've judged a number of chili cook-offs and sometimes chili is just way too hot to even enjoy.

Lindy's chili is on the mild side and then they have a wall of hot sauce bottles so that you can heat it up as much as you'd like. The chili cheese dog was really tasty (Vienna beef topped with shredded cheddar) and so was the tamale. Paul, who seems to know a great bunch of little tidbits about Chicago food let me know that it was a Tom Tom tamale, which is a Chicago company that goes back quite a while. The chili comes with beans or no beans and you can add onions and cheese and macaroni and sour cream to your chili.

After we finished eating, we went on to dessert. The vanilla and dark chocolate ice cream flavors are still made from those original 118-year-old recipes. I tried a delicious Bananas Foster Sundae with deep fried bananas, vanilla and dark chocolate ice cream, homemade chocolate sauce and freshly-made whipped cream. It was pure sugary heaven. They also made up a chocolate cookie dough freak shake for us. They make a variety of these oversized crazy shakes and they are definitely worth trying - but you might need an extra person to help you finish it.


Back to that food challenge - it is called The Beast and you have an hour to finish a sundae made with 18 scoops of ice cream, 6 bananas, 2 apples, 3 brownies, vanilla wafers, pecans, peanuts, Brazil nuts, hot fudge, strawberry, chocolate sauce and caramel. Seven people have succeeded. If you happen to be able to finish it within an hour, it is free and your name goes on the Wall of Fame. They've also had another food challenge going with a humungous burger and a ridiculous amount of fries. They're thinking of revamping it and renaming it, so I'll have to follow up on that. 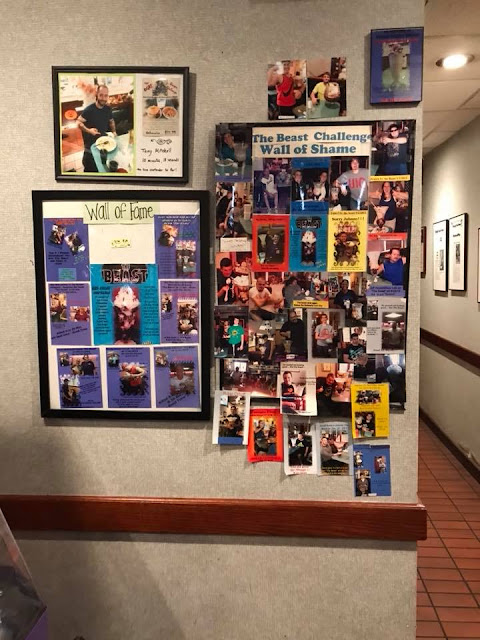 This particular location of Lindy's and Gertie's opened in the 1970s after the two brands were combined. I chatted a little with owner Carrie Wierenga and her grandson, Tony Wierenga. She has owned the business since 2006.

Tony said that he never gets tired of hearing stories from longtime customers. "We hear every day from people who come in and say they used to go to the original location. There was a movie theatre next door. If you lived anywhere near there you went to the movies and then to Gertie's," he said. "After 12 years it never ceases to amaze me how many people share that one common memory. Or people say, 'I came here each Sunday after church and I would get a beer and get the kids ice cream."

It's a fun throwback place that is full great food and full of good memories for many. Stop in for a bowl of chili and some of their wonderful ice cream. And tell them the Chicago Foodie Sisters sent you.