This past weekend it was opening season for Johnson's Farm Produce in Hobart. So, we loaded up the van and went out to do some picking. It's been at least a couple years since we've picked strawberries. We pick blueberries and apples every year, but it's been a while for strawberries. Looks like it was a good year for the strawberry crops. Look at these babies! 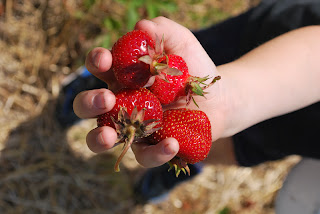 Some of the kids were more enthusiastic than the others. My 7-year-old had a blast. 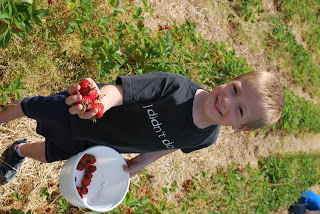 The older ones were more reluctant, but once they got out in the field, they seemed to enjoy themselves...and of course, they had to compete and see who was picking the most. 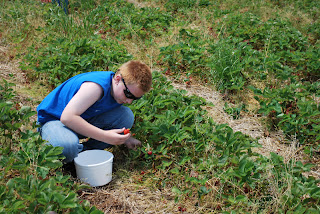 We were trying to fill 6 buckets because that way you only paid for 5 and the last one was free. But, we gave up after four. It was $8 a bucket if you picked yourself and $11.99 if they picked them, so quite a savings if you do the work. And when you get out there with the kids, it's a fun family activity more than it is work. 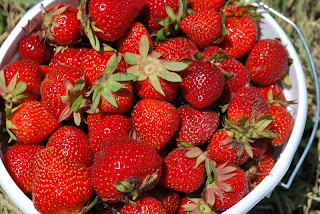 My oldest son was working that day, so we brought along my son's buddy, who is a frequent visitor at our house. It was his first time picking berries of any kind. 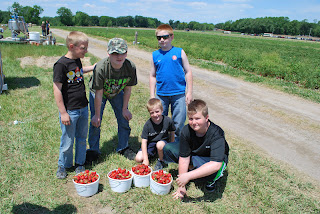 Waiting for the shuttle to head back to the car. Look at that sky! :) And look at those red berries. I'm finding lots of yummy things to do with our bounty. 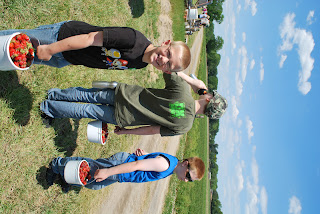