Last night I had the opportunity to attend a media dinner at Season's 52's Schaumburg location where the new summer menu items were introduced during a live stream from Florida with Chef Cliff Pleau and Master Sommelier George Miliotes following a cocktail reception where two flatbreads - Artichoke & Goat Cheese and BBQ Chicken - were offered with a pairing of Aveleda Vinho Verde, a bright slightly fruity wine from Portugal.

Miliotes is quite a character and the way the two play off the other is quite entertaining. The duo would be great hosts for a cooking show. I was able to also attend a preview dinner at the new Oak Brook location (the chain's 23rd restaurant) last month, where both hosted the dinner live. It was so fun to see the two interact with each other and with the guests, giving background on the suppliers and the ingredients and even offering cooking tips.

The evening continued with four courses with wine pairings for us to sample. It was quite a feast and I'm still awe at the concept of this fresh grill where every item on the menu comes in at a calorie count of less than 475 calories. 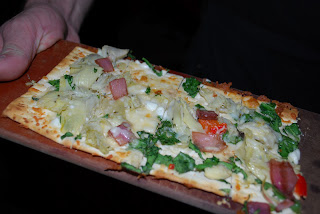 I'm a big fan of both artichokes and goat cheese, so I was over the moon with this first flatbread, which is my favorite of the flatbreads I've tried at Seasons 52. 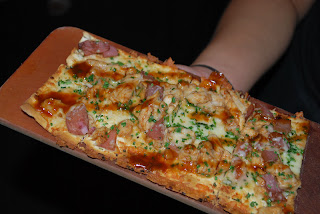 The BBQ Chicken Flatbread was also bursting with flavor - without having too much heat - on a delightfully crispy and super thin crust. I've also tried the Chipotle Shrimp Flatbread, which is amazing. 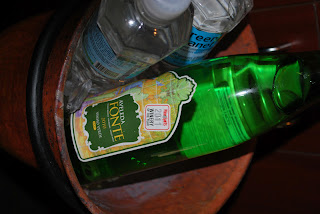 This was one of my favorite wines of the evening as I prefer white wines that aren't particularly dry. This was a great start.


I'll write more in upcoming posts about the dinner, which included several items on the seasonal summer menu, which debuted June 19 and continues for about three months, with the exception of the Wild Alaskan Copper River Salmon, which will only be around for a couple more weeks. Well worth planning an immediate trip just to get this entree while you can!