Silver Spoon is THE place for breakfast in Valpo

I met up with a group for breakfast last weekend. I was excited about it for two reasons -- one is that I was in this fabulous show last month called Listen to Your Mother and the cast was getting together for breakfast. The other was that I have been told several times that Silver Spoon is THE place to go for breakfast in Valpo. I had been there following a read-through we'd done a couple months ago, but it was close to closing time and we just got some drinks and chatted. Another time a friend and I headed over there, it turned out to be a day they were closed. So, I was psyched about the food, too, after hearing rave reviews. Silver Spoon totally came through and met the expectations. There's a varied menu of classics and creative plates. I got the Green Goddess Omelet - spinach, tomatoes and feta cheese, with a little petso spread on top, served with house potatoes and whole wheat toast. It was phenomenal! And almost everyone in our group ordered something different so, I got to get pictures of several different items - and everyone was quite pleased with what they ordered. 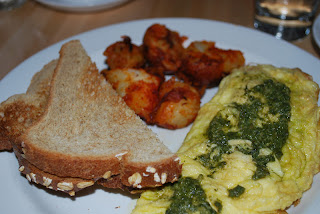 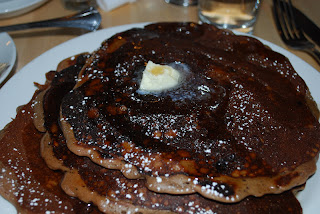 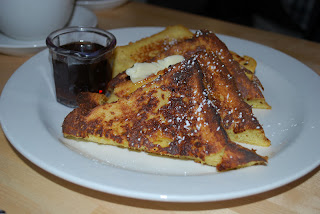 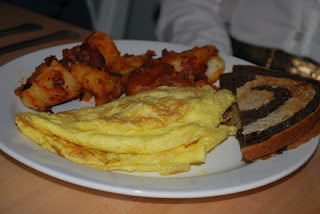 Goat cheese and wild mushroom omelet. I almost ordered this. I think it's what I'll get next time! :) 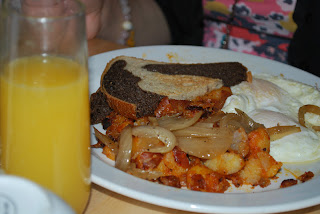 And here's a shot of our delightful group. The video of our show will soon be up. If you'd like to get a peek at last year's show, you can view it here - http://www.youtube.com/user/LTYMShow#g/u - on the LTYM Channel on YouTube. 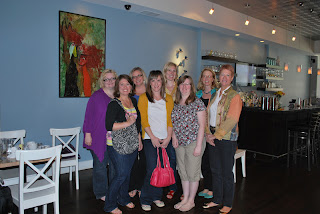