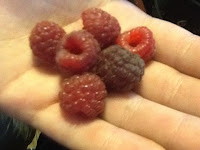 I've written before that my son, who is now 10, likes to spend time in the kitchen. He says he wants to be a chef when he gets older and he does come up with some creative food concoctions sometimes. This afternoon he was in the backyard picking some raspberries. He asked if he could get the blender out and make a smoothie. I told him to go for it.

A few minutes later he brought me this. He told me he put a couple scoops of black cherry frozen yogurt in the blender with about 2/3 cup of milk, a handful of raspberries and a few black cherries. What a nice blend of flavors! I think he's onto something. :) 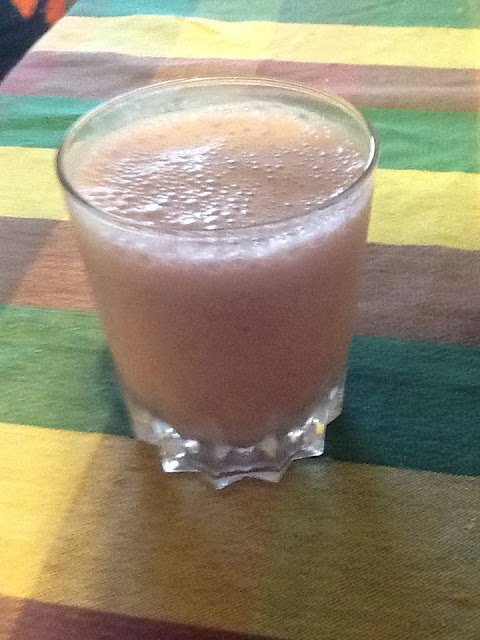