At this little cafe that I love in Dyer, IN called Foodies Market Cafe, there's a small beer section with microbrews and imports that you can buy by the bottle, a concept a like. It stinks to buy a 6-pack to try only to find out it is something you really don't like. So, on my last visit, I grabbed a cardboard 6-pack holder and grabbed six different beers. This was one. I saw in was from Belguim and I do like Belguim beers and Belguim-style beers, like Blue Moon.

Affligem is a pale ale, the type of beer I most prefer. I'm not big on hoppy, thick, dark beers. This one was mild with a great flavor and it's one I'll be looking for again!

According to the website, the beer is brewed in an abbey that dates back to 1074 and it is still brewed according to the original recipe. It also appears that tours of the abbey are available. 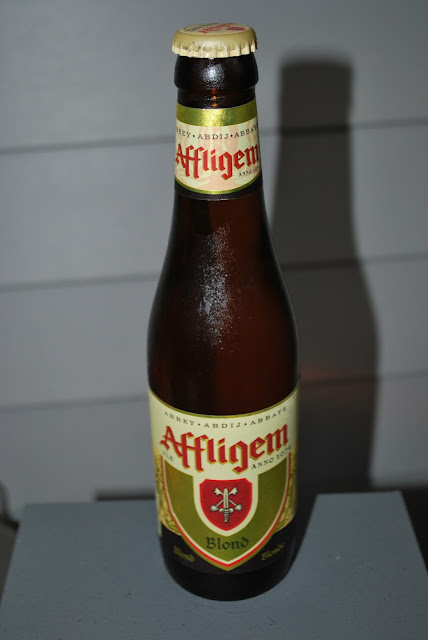