THE Burger King in Mattoon, Illinois

Way back in 1952, a burger joint opened in Mattoon, Illinois called The Burger King. It was to accompany a little ice cream shack called The Frigid Queen. A state trademark was purchased on the name. Years later, the owner learned about a Florida-based franchise called Burger King that planned to open in Illinois.

Soon there was a legal battle over the name and the national franchise trademark took precedence over the state one that the Mattoon location had. In the settlement, the franchise agreed not to build a Burger King within 20 miles of Mattoon. That's why you'll see a McDonald's, a Taco Bell, a KFC in the area, but not a Burger King. Only THE Burger King.

I remembered my dad telling me that story before. So, when we went on a road trip to the neighboring town of Charleston, I suggested we check out the original Burger King.

The sign gives the look of 1952 and once inside, there's a definite feel of nostalgia. 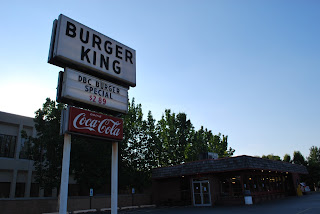 Dad ordered a hot dog. Can't get one of those at the fast food chain. 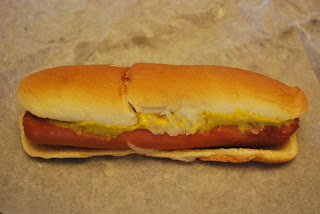 I got a Hooter burger. The owners' last name was Hoots, so that's where the name came from. It's pretty similar to a Whopper, but you can tell that the burger patty is not a frozen one. Very good stuff! 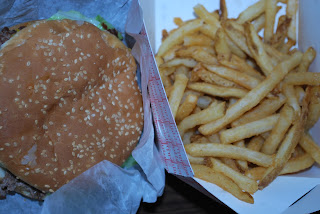 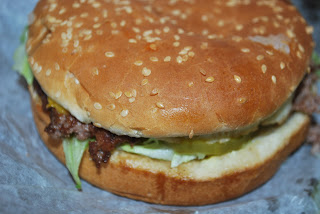 There are a few arcade games in the corner. 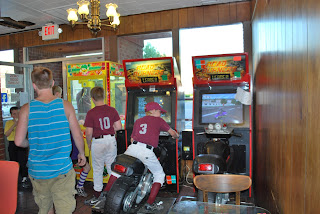 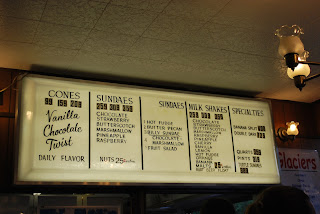 The food menu. Prices are quite reasonable. 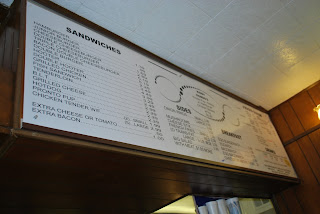 The sign outside looks original to the 1950's. The booths give a 60s feel. The wood paneling adds a 70's flair and the jukebox gives a touch of the 80's and 90's. My kind of juke box. Nearly everything was country, but I don't think there was a CD in there that was more recent than 1995! :) 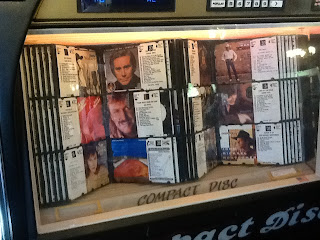 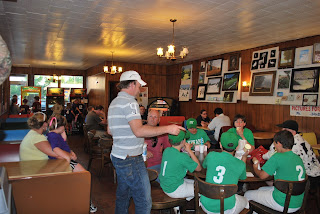 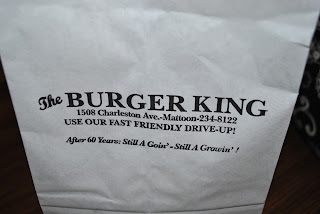 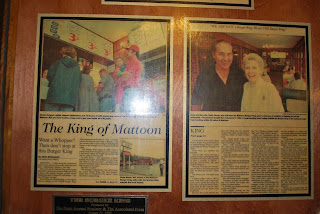 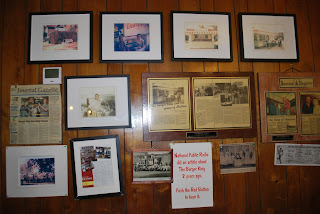 This cute spot is worth the stop if you're on I-57 and is located just down the road for the Route 16 exit.