I'd made a trip to Howard's Meats in Munster, Indiana recently to pick up some steaks for a family barbecue. I also asked for some thin steaks to make sandwiches.

A sirloin roast was suggested and they cut it to my desired thickness - he got 4 to a pound. Hubby threw them on the grill for just a few minutes and loaded them with steak seasoning. I threw a foil pack on the grill with an orange pepper and some onion. It was a great accompaniment. It went on a toasted bun. I served it along side a potato cooked in the microwave and finished on the grill with some oil and seasonings. It made for a great meal! 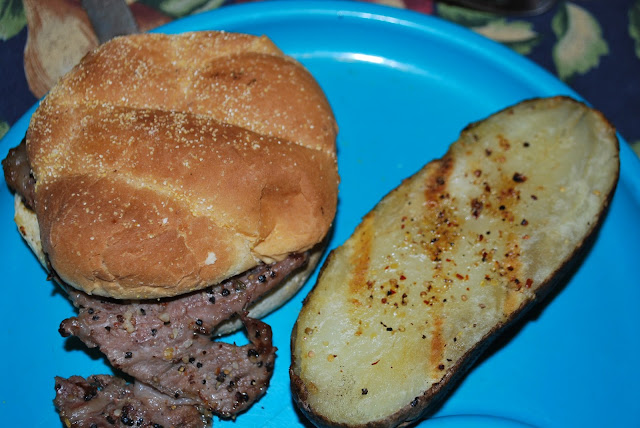 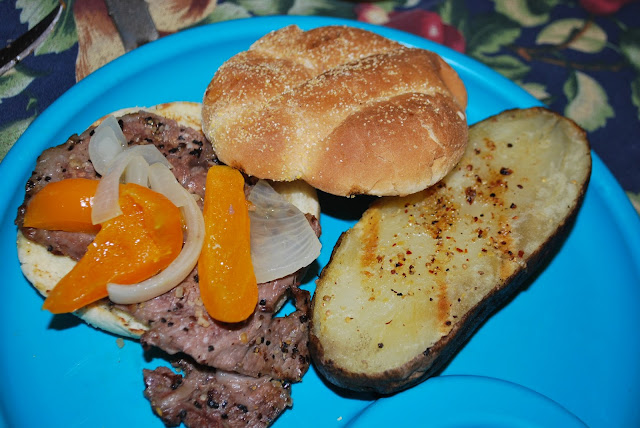