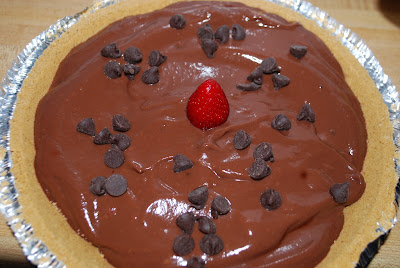 This is one of several posts about the uses for the strawberries we picked recently. My son works at a grocery store, so I sent him a text at work after we'd returned home and were washing the fruit we'd gotten that afternoon. In my text, I told him to bring home two pie crusts. I thought about specifying "frozen" pie crust, but I thought perhaps a refrigerated crust might be on sale and I know he looks for the best bargain when I ask him to pick up items for me. So, I just said "pie crust" leaving it wide open for either a frozen crust or a refrigerated pie crust. Well, I got a SURPRISE when he came home with two graham cracker crusts. :)

So, I figured I'd come up with something to do with it. Besides it was incredibly hot that day and my hubby grumbles when I have the oven on for hours when the air conditioning is running, so I thought a no-bake pie would be a good solution. 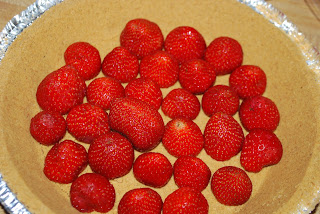 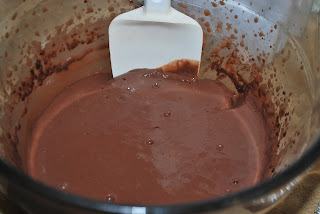 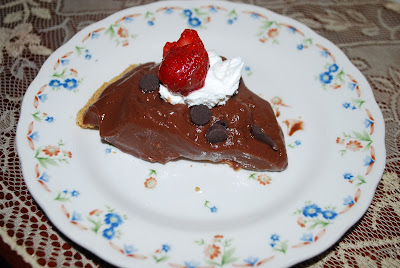 One warning, though. Those heavy berries made it hard to slice. Don't be surprised if it looks like this when you scoop it out (but it's still very delicious!)