Disclosure: Our meal was provided by Conner's Kitchen + Bar. I was not compensated for this post. All opinions are my own. 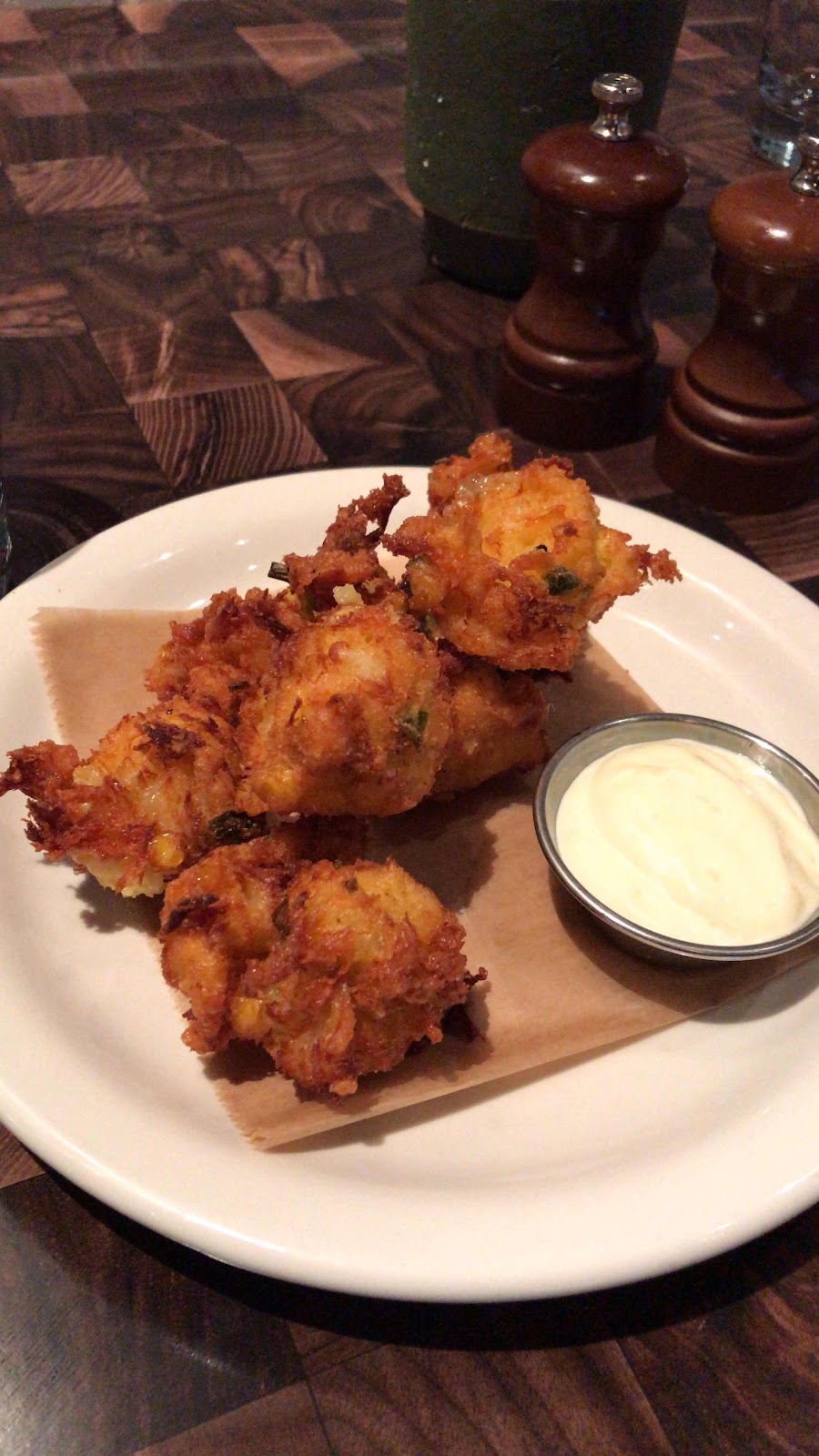 So, I thought I had our full itinerary planned out on our late October getaway to Fort Wayne, Indiana, including each meal. But then...I figured we could squeeze in one more lunch before we hit the road, so I started scanning area restaurants online and came across Conner's Kitchen + Bar. It was close to the other spots we'd be visiting that morning and afternoon and the menu and online photos sealed the deal.

We settled in there for a late lunch when the place was quiet and the rain was pouring outside. I liked the dark, but fresh table tops and the sleek decor in the well-lit dining room in the corner location that was lined with windows on two sides. The restaurant is attached to the lobby of the Courtyard Fort Wayne Hotel and it is situated downtown close to several attractions, including the minor league baseball stadium, Embassy Theatre, convention center and botanical conservatory. It's one of the three Conner's brand locations. There's also a Conner's in Indianapolis and there's a Conner's Rooftop, a bar also located in downtown Fort Wayne. 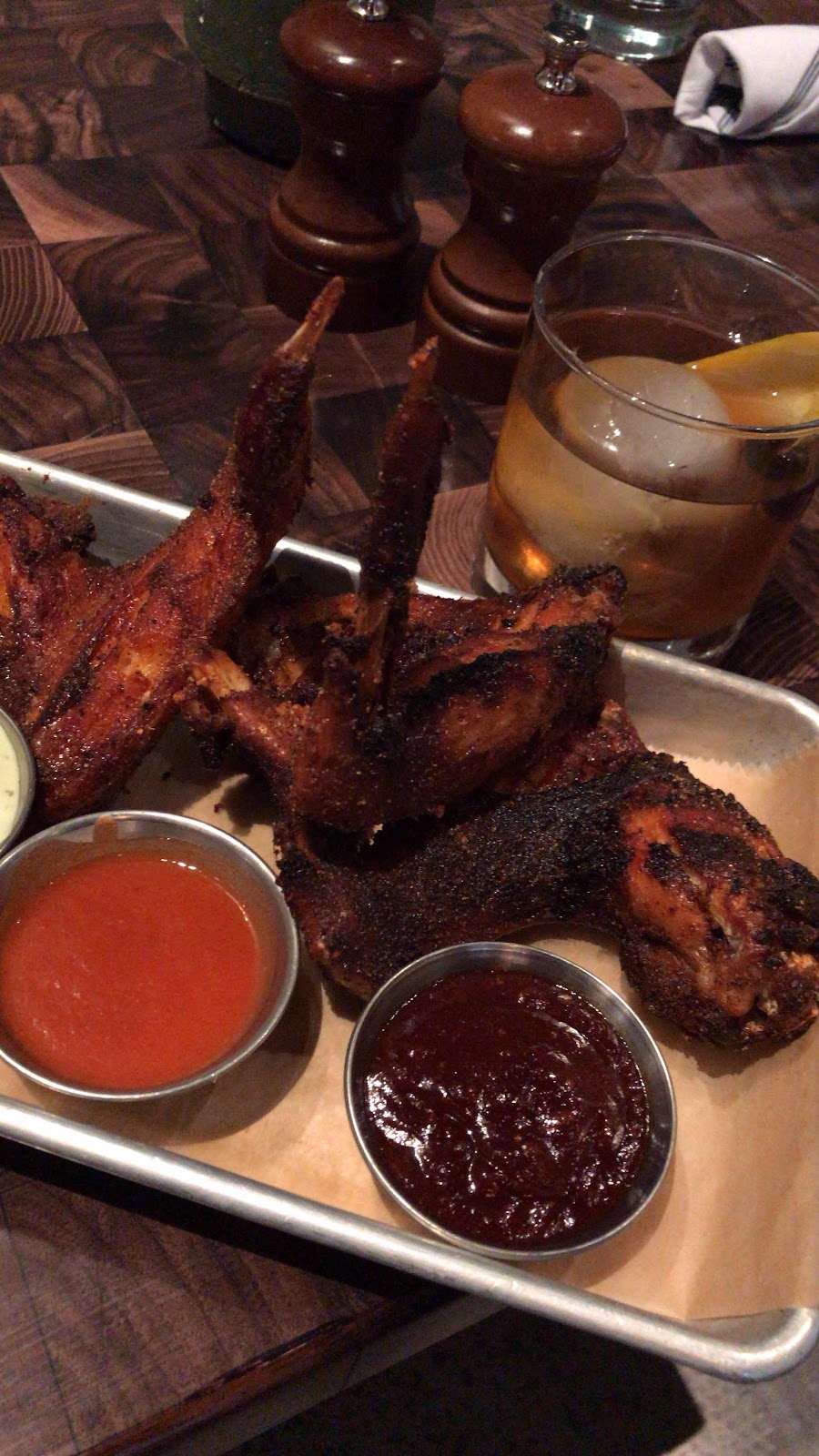 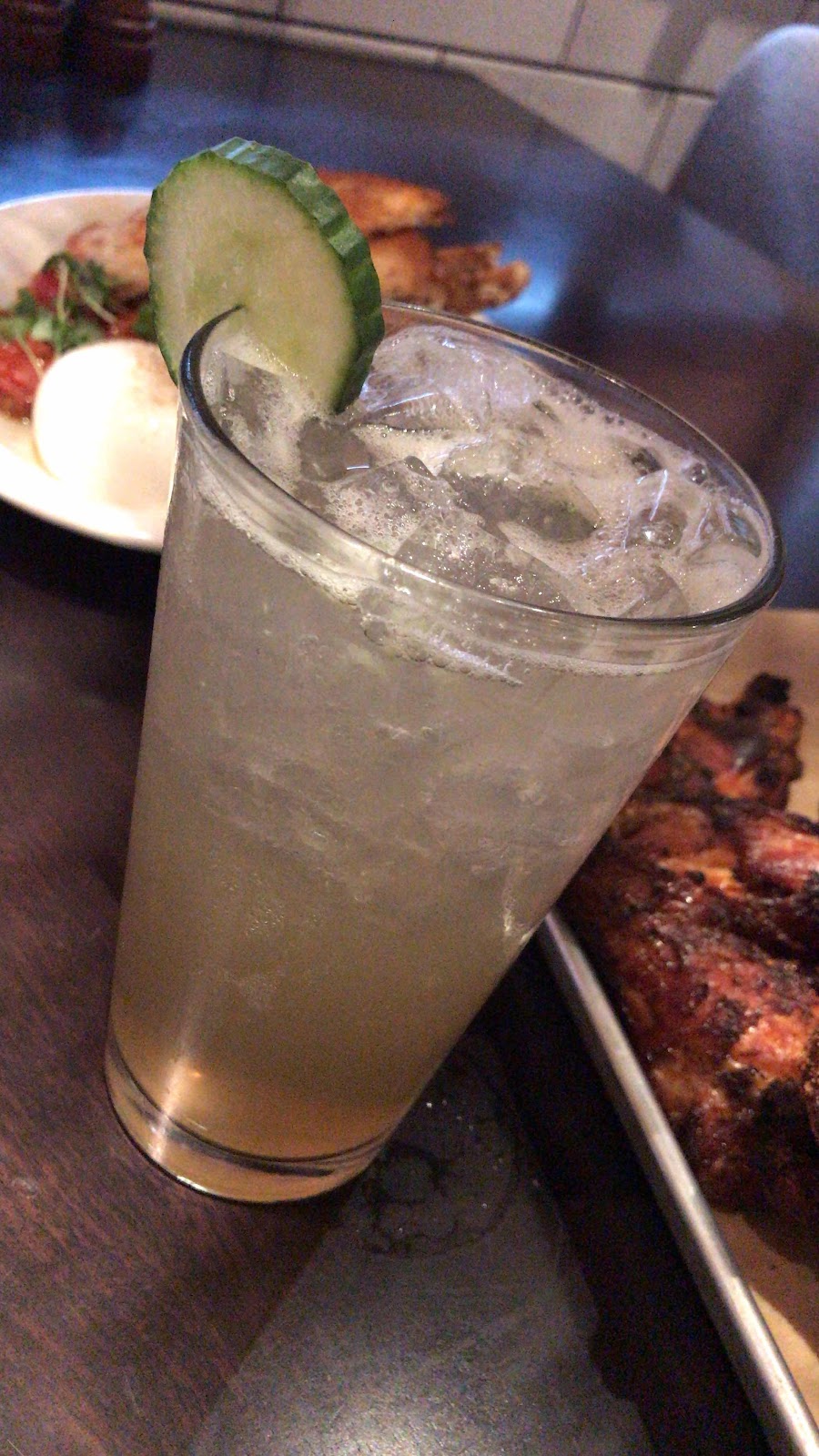 We each ordered a cocktail and perused the food menu. Hubby got a classic - the Signature Old Fashioned made with Kentucky Buffalo Trace bourbon. I got the very refreshing Cucumber Ginger Cooler cocktail, made with Prairie Organic cucumber vodka, simple syrup, cucumbers and ginger ale. The drink menu had a varied selection of reds, whites and rosés, craft beer, seasonal beers and cocktails, mocktails and more.

We started out with three appetizers. First was the Lump Crab Hushpuppies, which were the crunchiest little bites with corn, jalapeño and pepper jack filling and served with citrus aioli. Next was the Smoked Chicken Wings which had a dry rub applied and were served with buffalo, house bbq and avocado ranch sauces. We had the opportunity to chat with Executive Chef Brandon McCarthy and he recommended both of those starters, so we had to go with them. I'm also a big lover of burrata and since it was on the menu, I couldn't pass it up. It was served with roasted tomatoes and a yummy kale pesto. 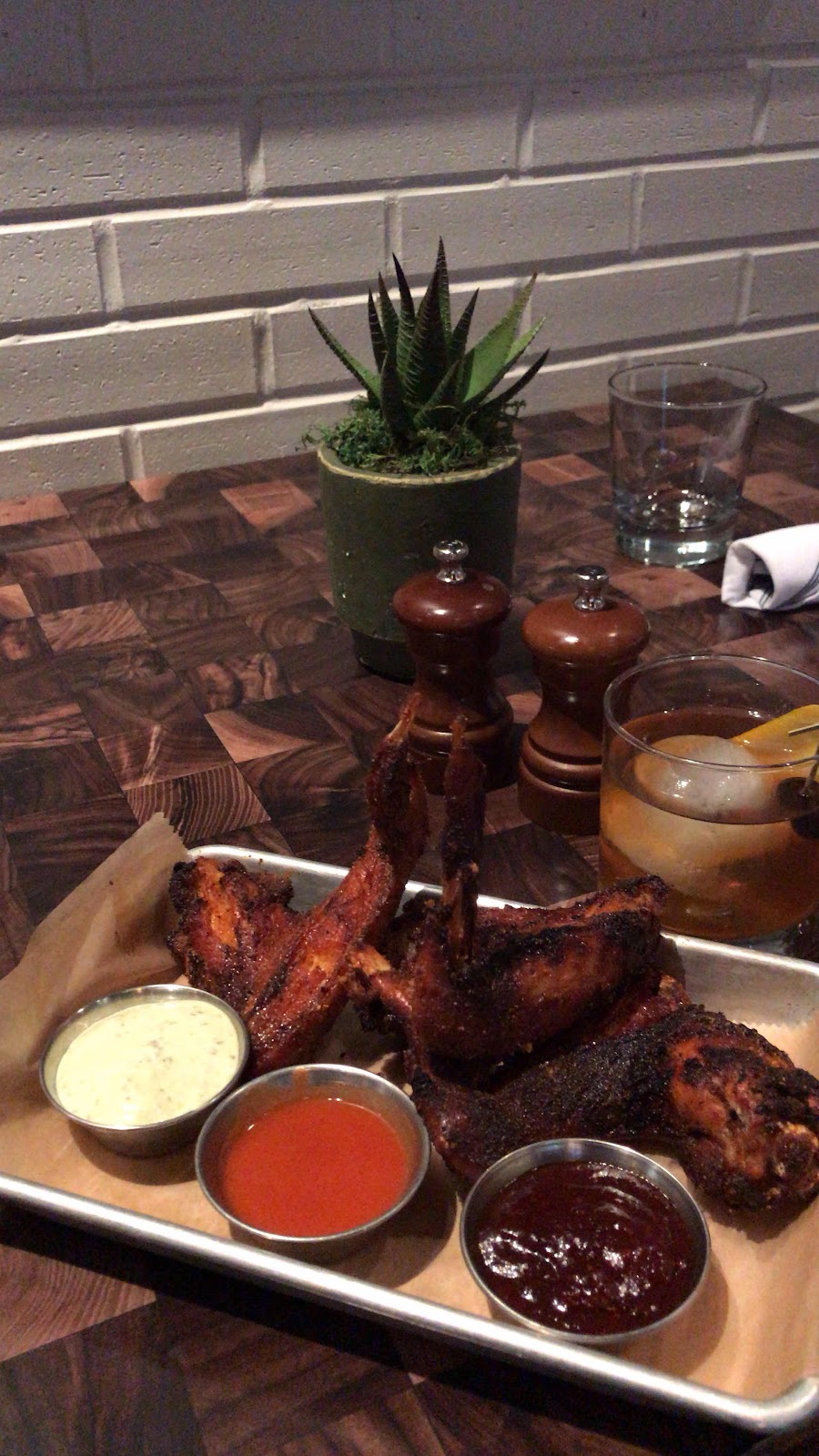 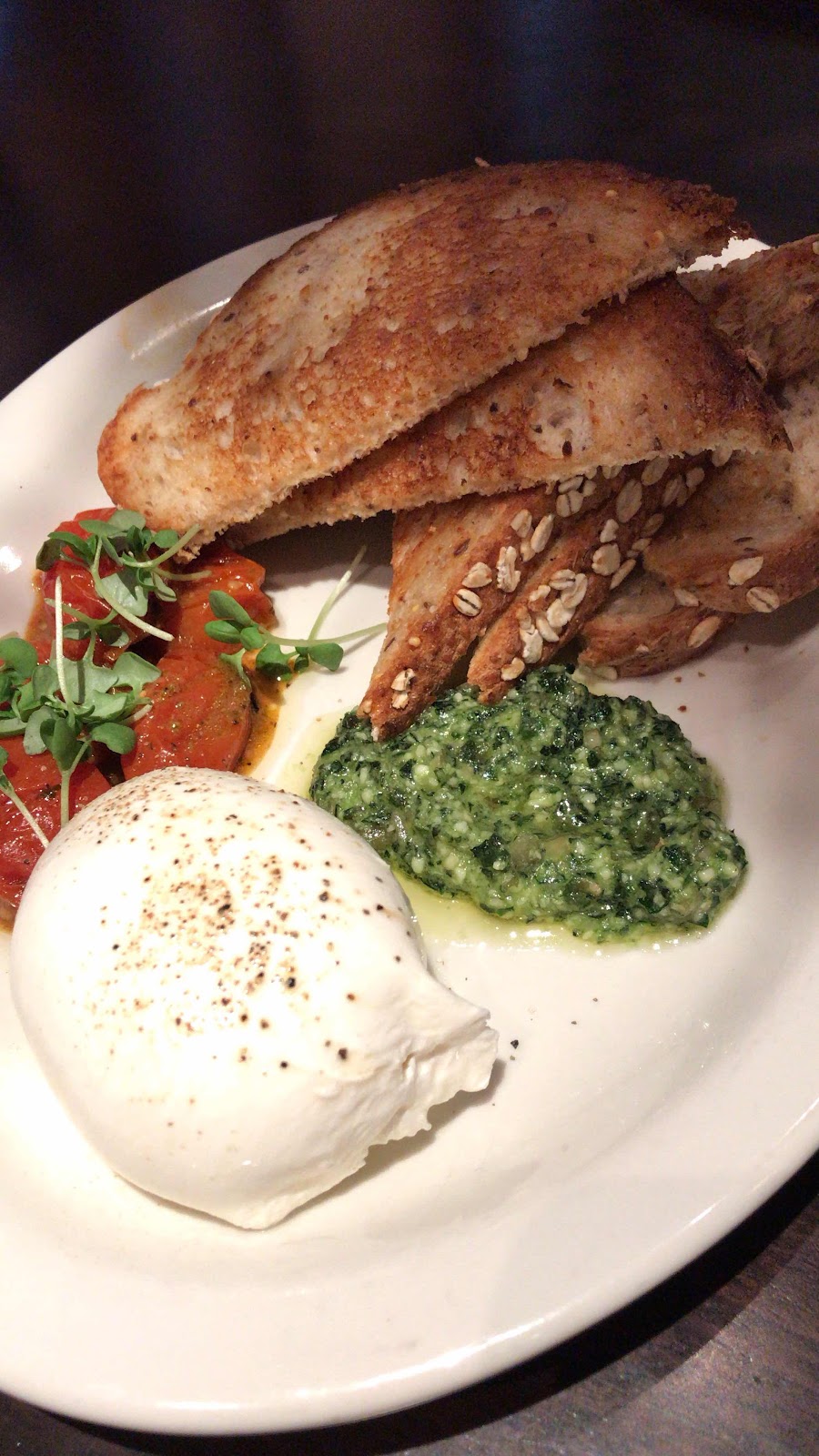 We also shared two lunch entrees - the Double Cheeseburger with the addition of thick-cut peppered bacon and the Roasted Chicken Enchiladas.

They definitely serve a respectable burger. It's a half-pound brisket blend with lettuce, onions, pickles, a very generous amount of American cheese and a secret sauce on a brioche bun served with crispy fries. 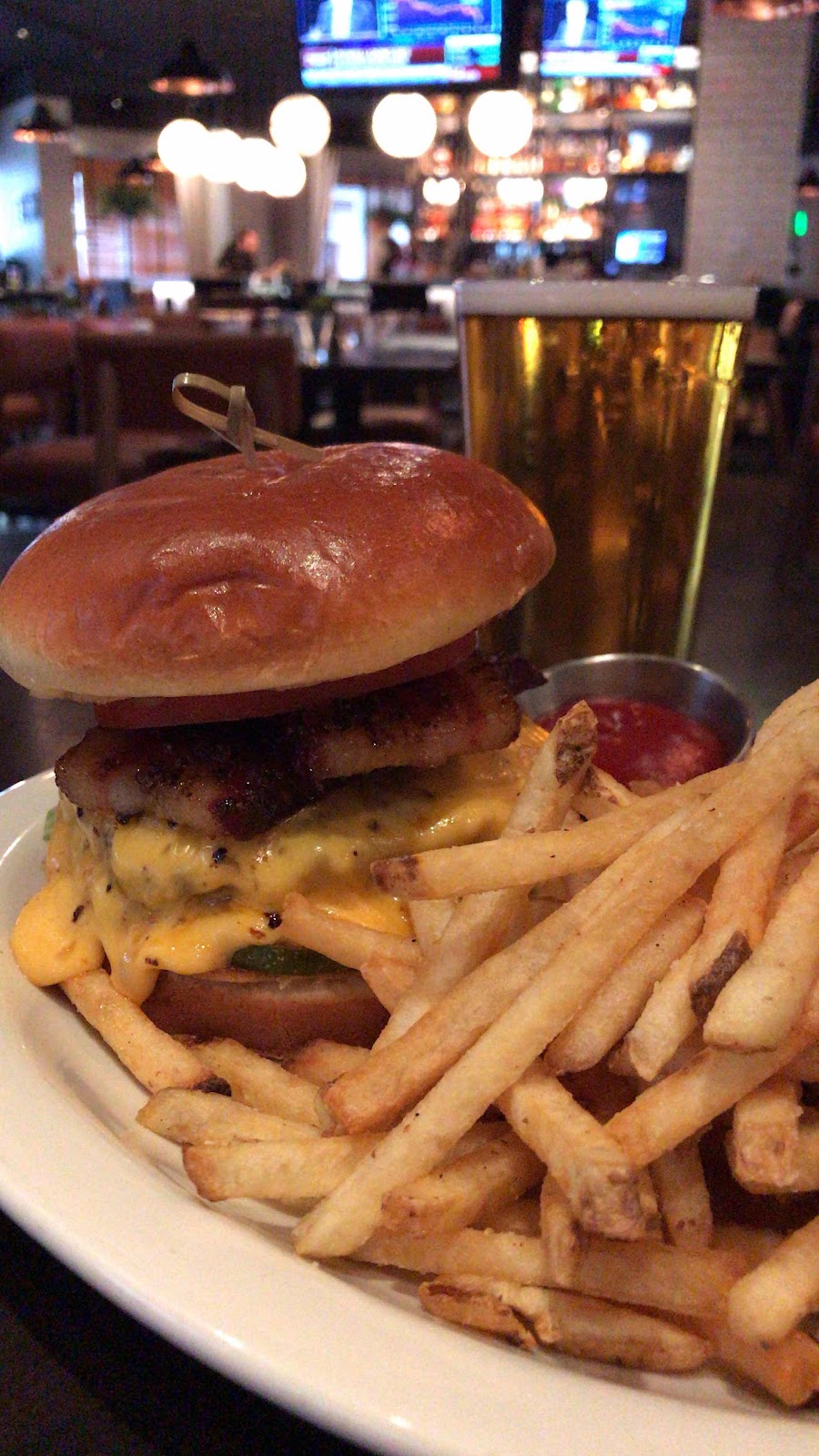 I saved the best for last. It was also a recommendation of Chef Brandon - the Roasted Chicken Enchiladas. These were seriously the best enchiladas I have ever had. They had a slightly sweet tomatillo sauce with oaxaca and topped with avocado, cilantro and pickled onion. I'd seriously drive the 2 1/2 hours back there just to have this plate of enchiladas - and I have already been scanning my calendar to gauge when I can get back there next. It was THAT good. 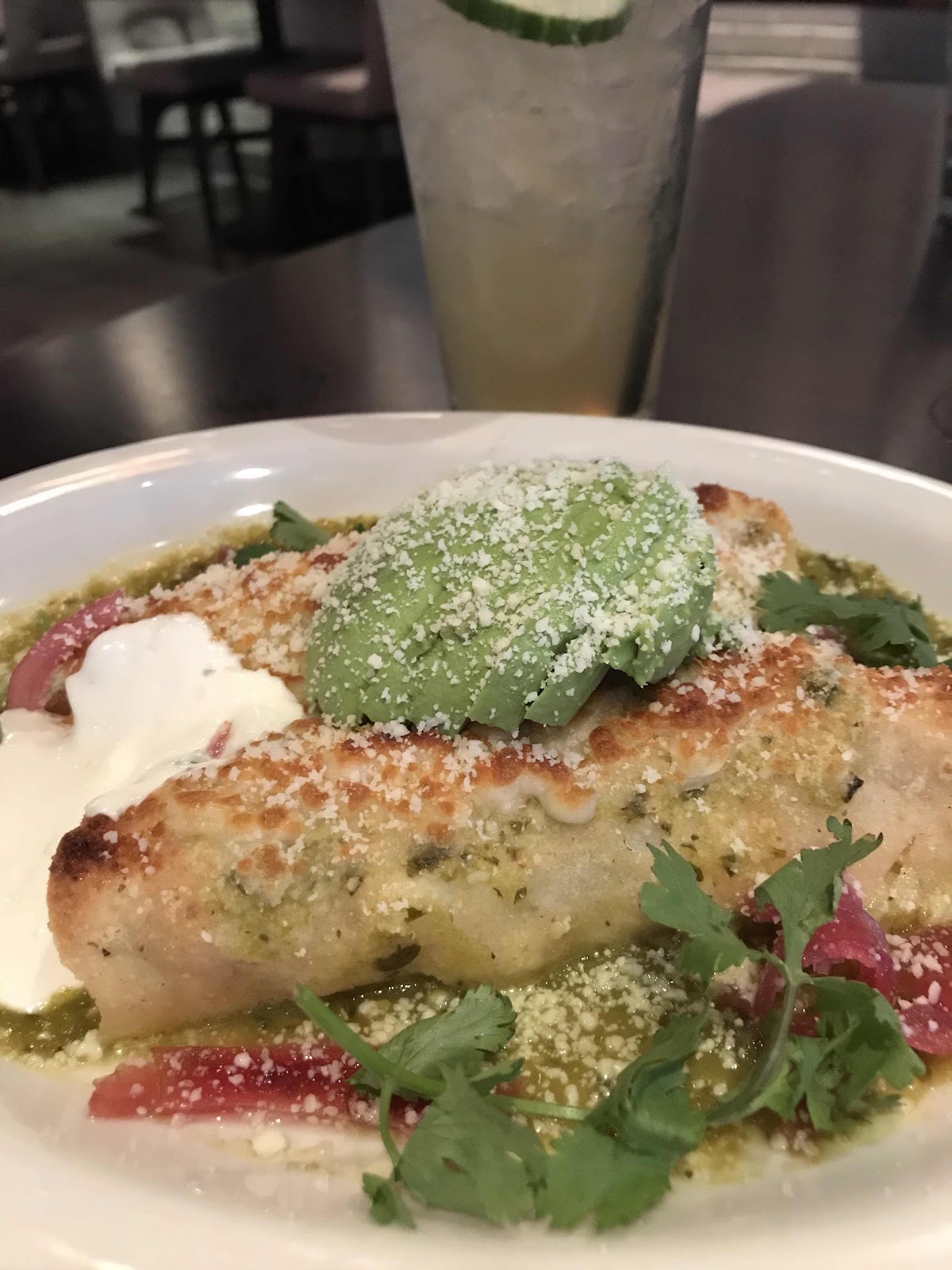 It was nice getting to chat with Chef Brandon and to hear his favorites on the menu. He told us the restaurant just opened this past February. We're hoping it will be there for the long haul and it's already moved up to being one of our favorite Northern Indiana eateries. 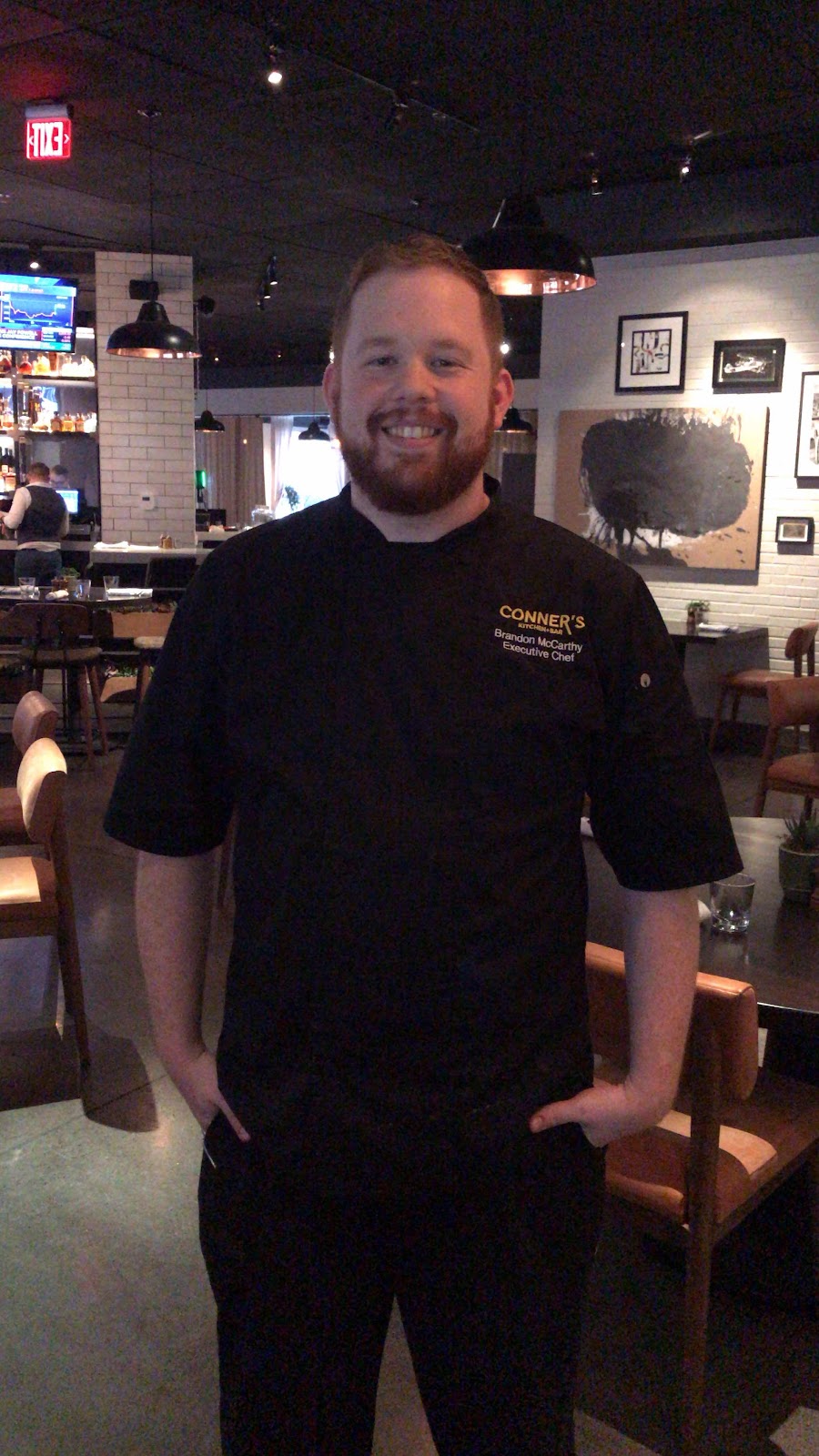