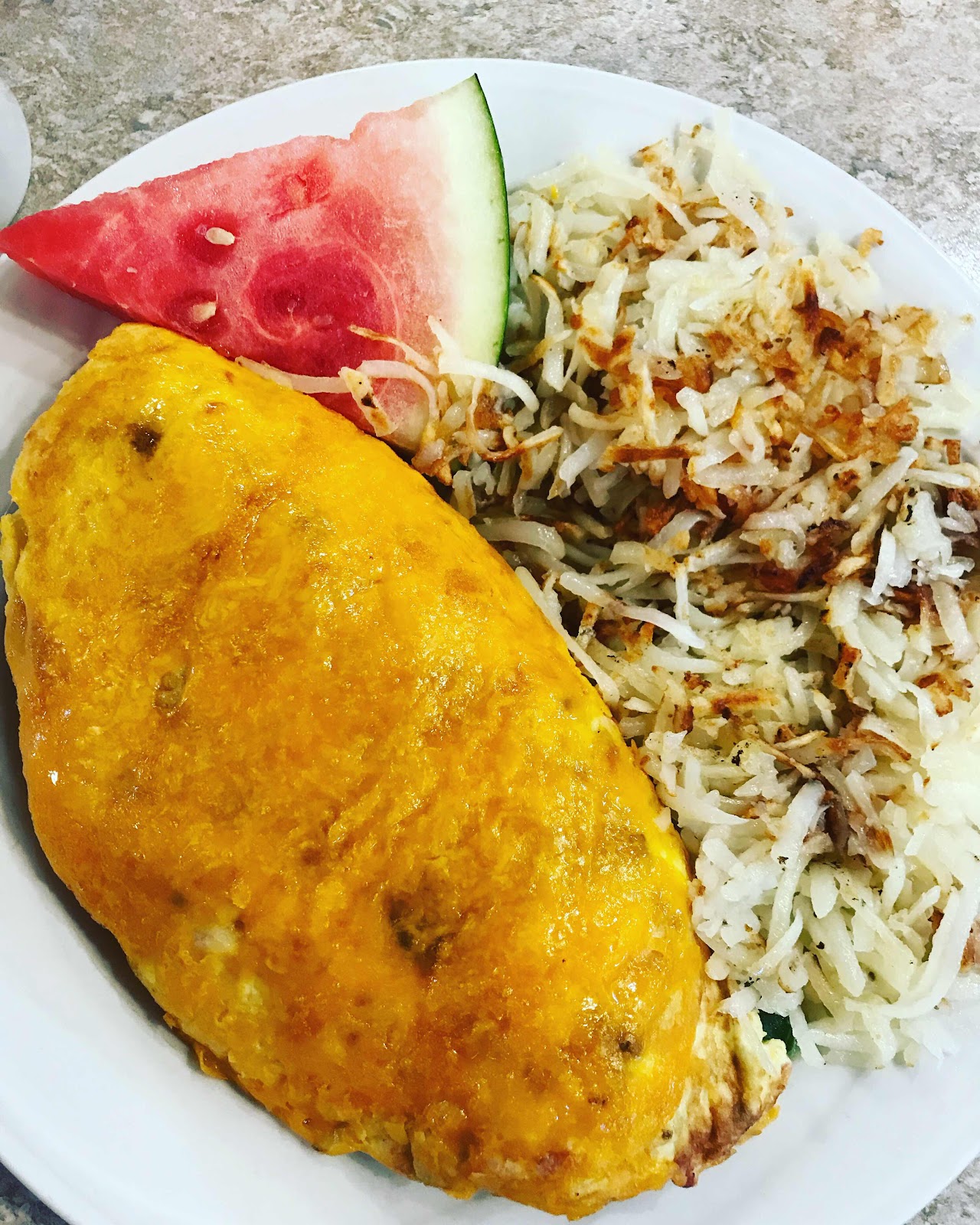 I had to run over to a church in Highland last week for a photo shoot for an article I was writing for a magazine. Afterwards, I thought I'd try and find a nearby spot for breakfast - preferably one I had not been to before. 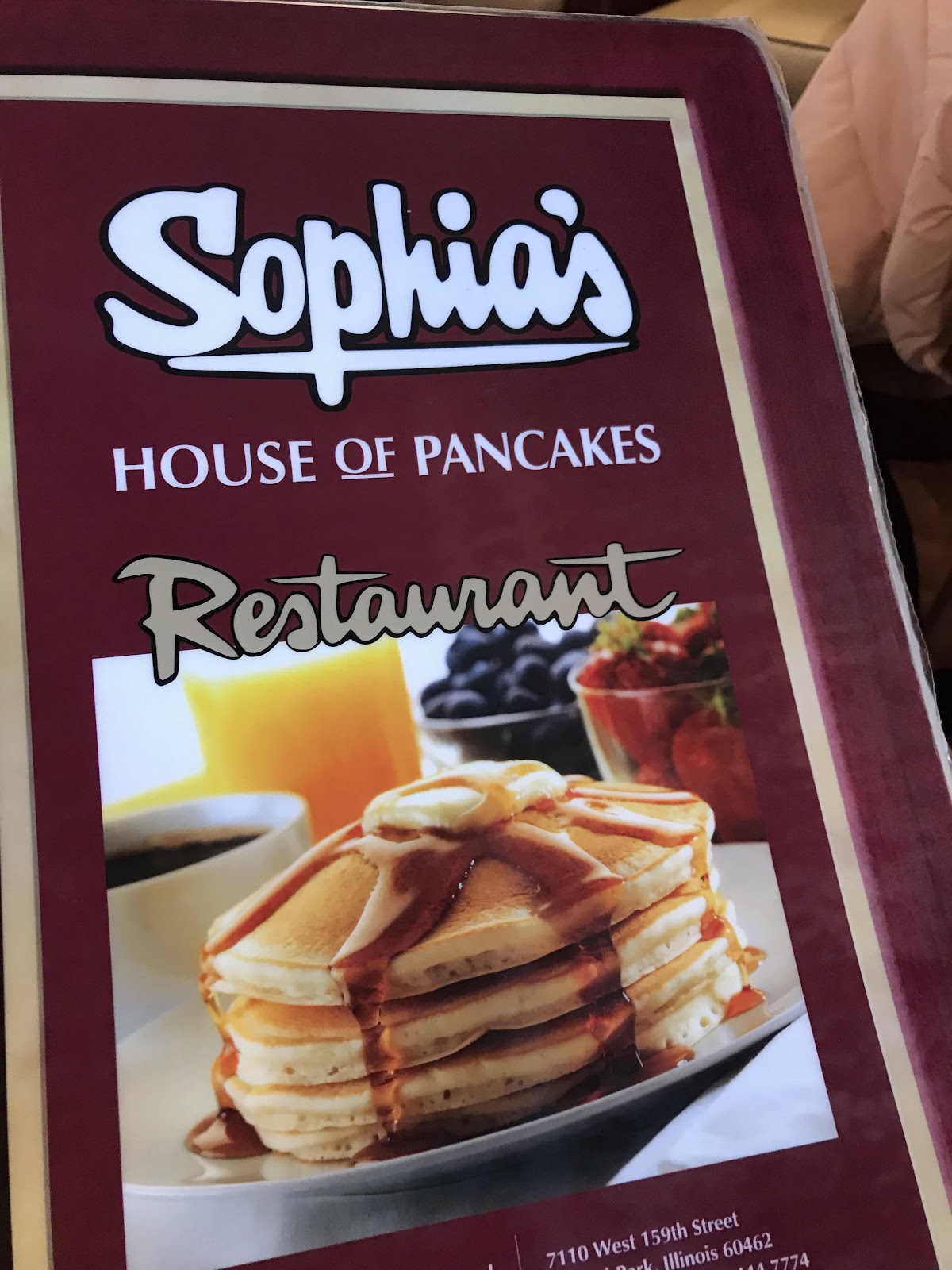 I remembered that there was a place nearby called Sophia's House of Pancakes, so that's where I headed. It was a late Sunday morning, so there was a little bit of a wait, but it was moving quickly. Although it's a "House of Pancakes," I much prefer savory foods for breakfast and I ordered an omelet with hash browns. It was the Sophia's Combo omelet that was stuffed with bacon,  sausage, ham, onion and green pepper and covered with cheddar cheese. It was fluffy and loaded and the portion was HUGE. I swear it seemed like the plate weighed four pounds. I cut off a corner and had it with half the hash browns and what I brought home was another meal for me the next day and another for hubby. So, yeah, three meals from one omelet. Maybe next time I'll venture out of my comfort zone and try some pancakes. 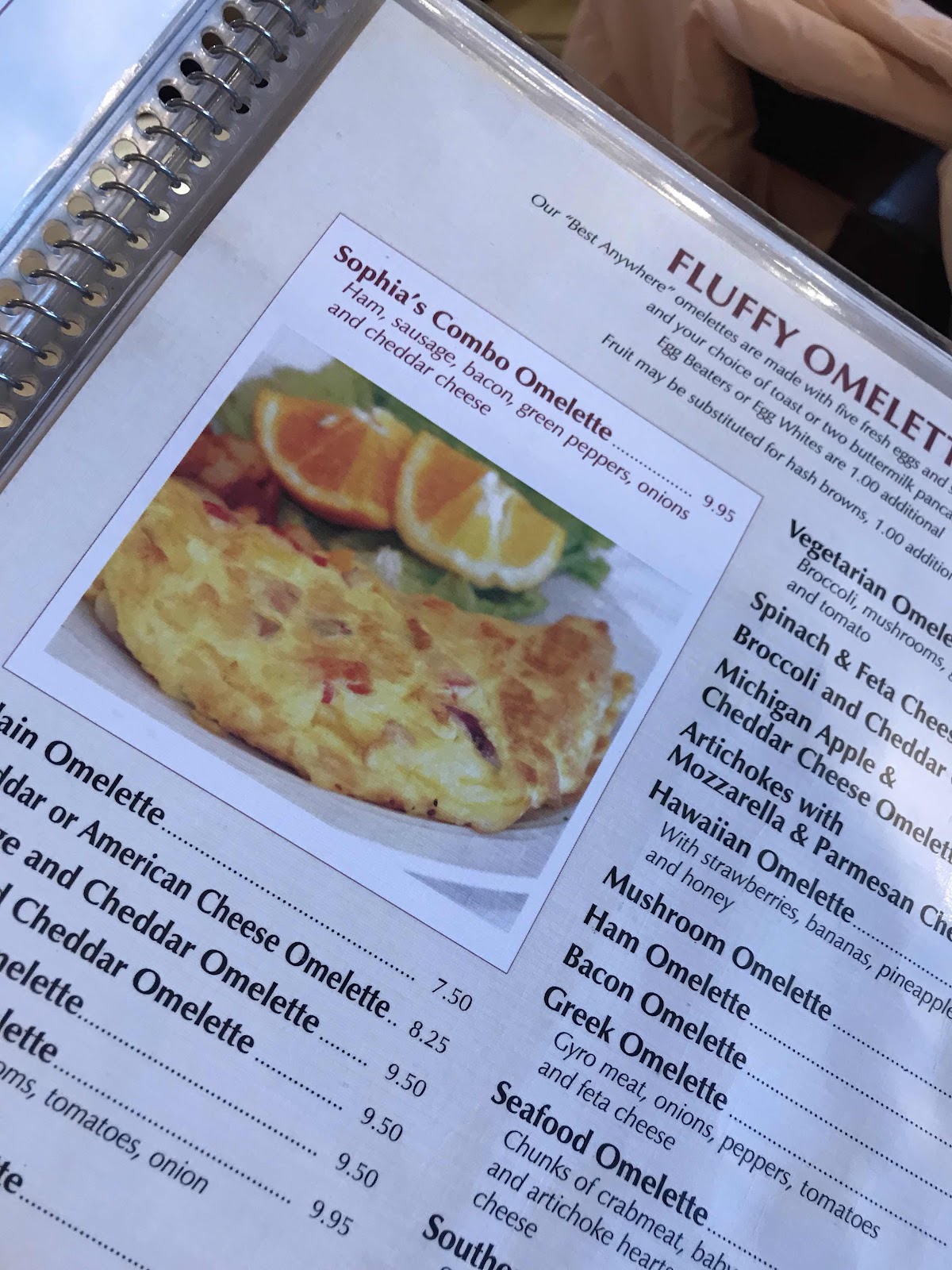