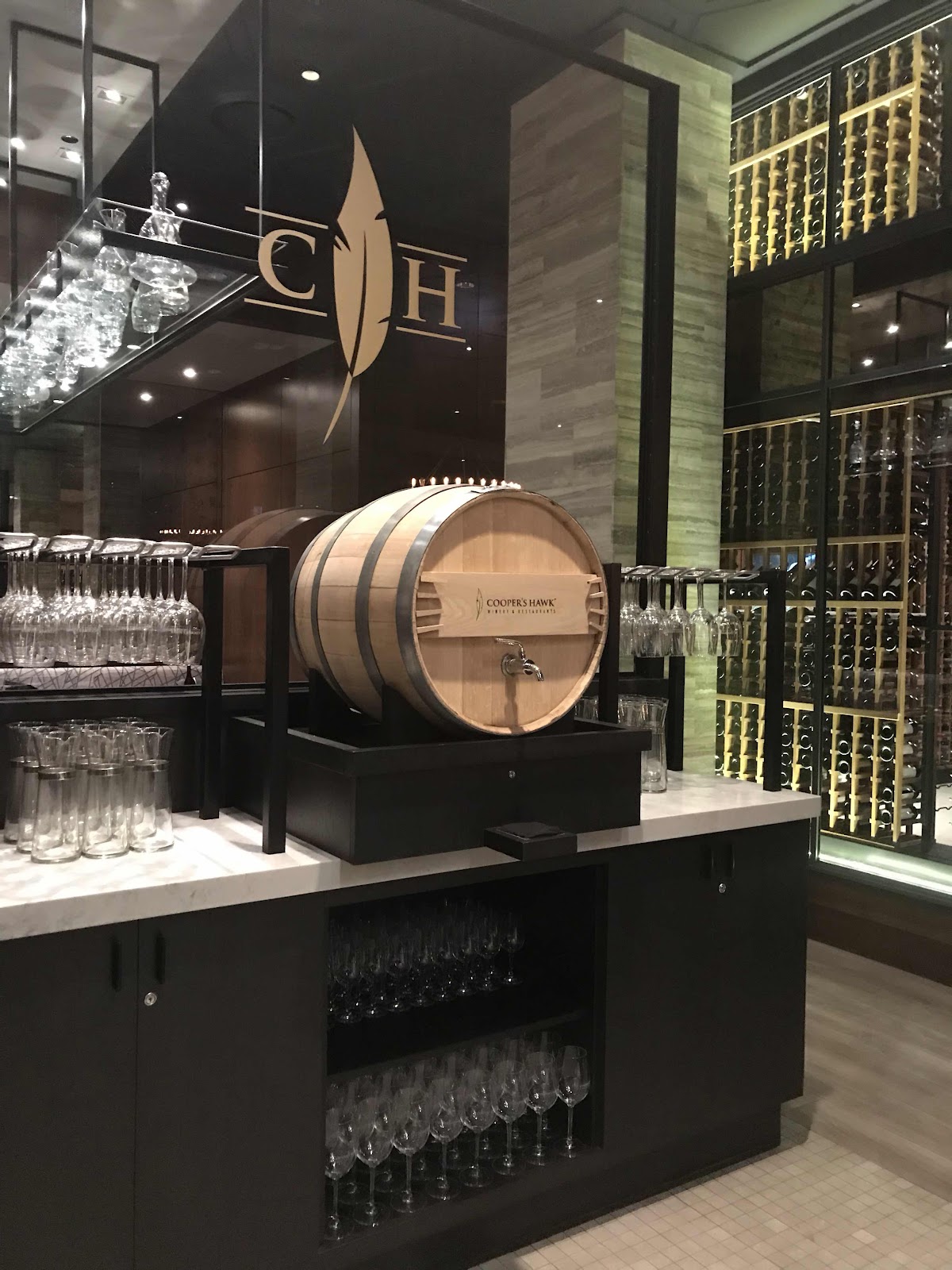 If you have ever been in the Esquire Theatre in Chicago's Gold Coast neighborhood on Oak Street, you know what an amazing venue it is. It has an interesting history dating back to 1938. It later became a movie plex and most recently was occupied by Del Frisco’s Double Eagle Steakhouse. My sister and I had visited during that time and enjoyed a luxurious meal with some wine from their huge wine list. The Del Frisco’s run ended last year and guess who's moving in? One of my favorite restaurants, Cooper's Hawk. 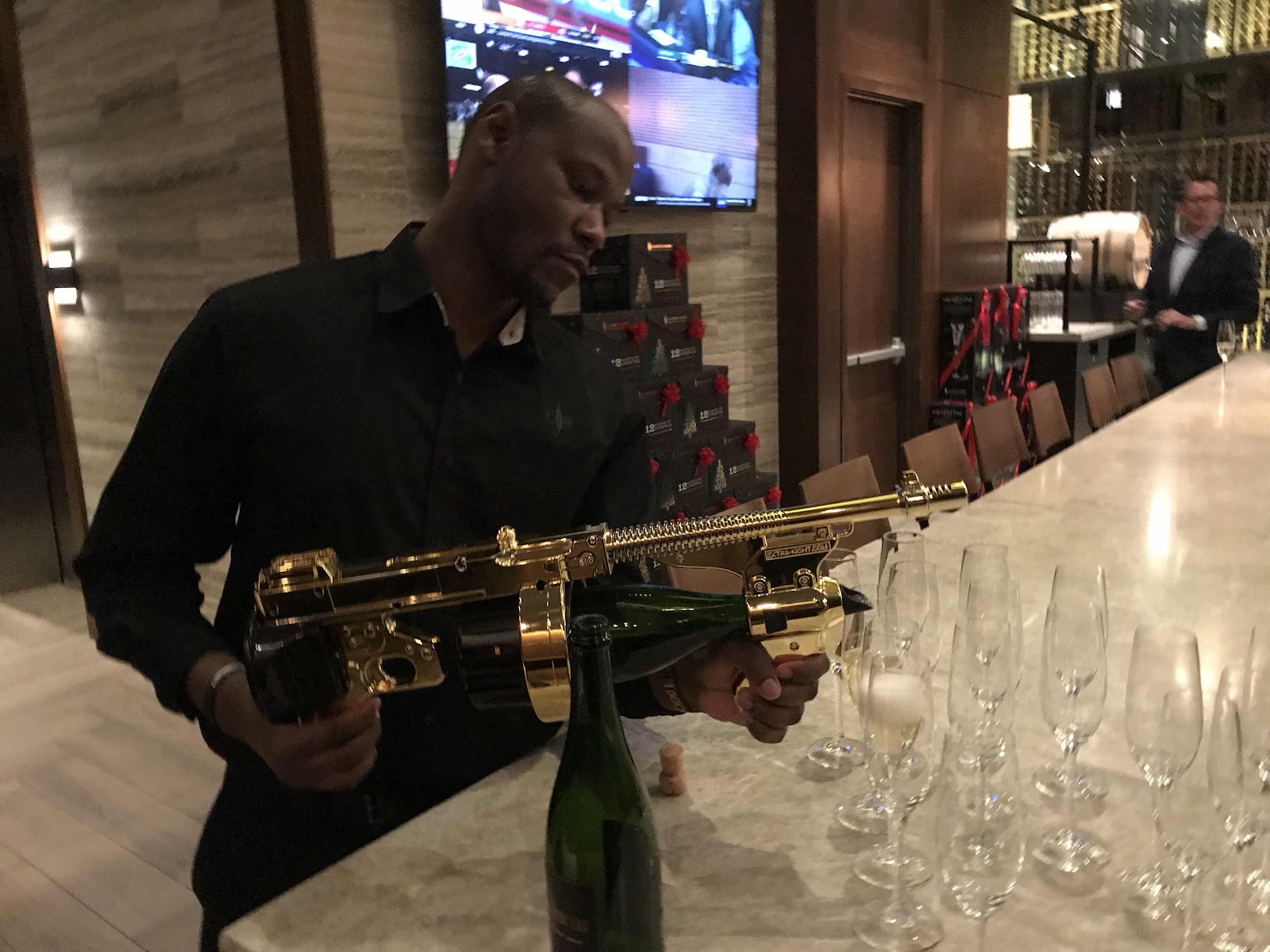 It's really exciting and I can't think of a more appropriate tenant for this stunning building that has a four-story wine tower as it's centerpiece. For those of you who aren't familiar with the Cooper's Hawk story, it was founded in 2005 by CEO Tim McEnery and the original location is still going strong in Orland Park. In fact, I just visited last month as they had a celebration for the restaurant's 14th anniversary and unveiled a remodel of the space. 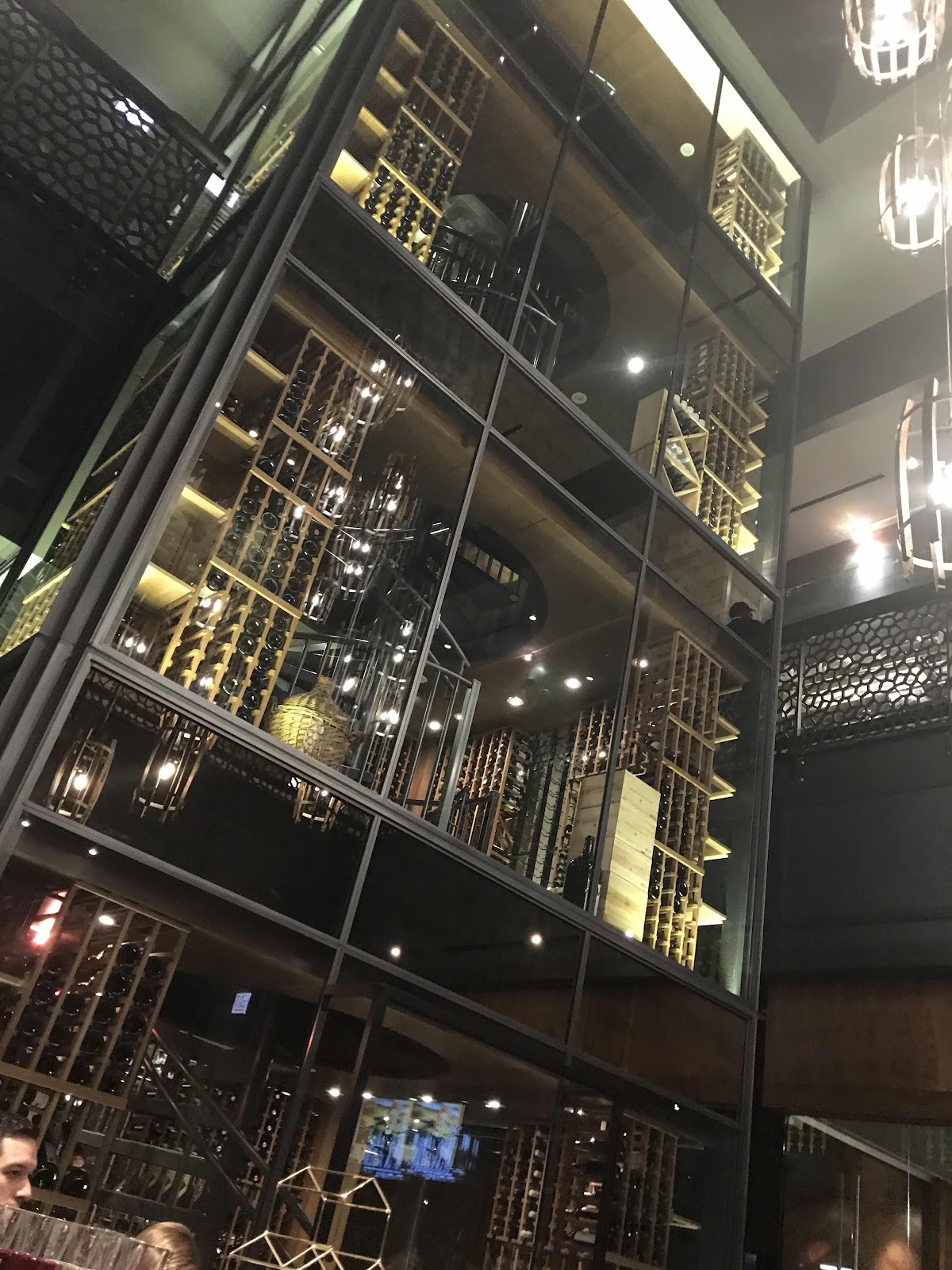 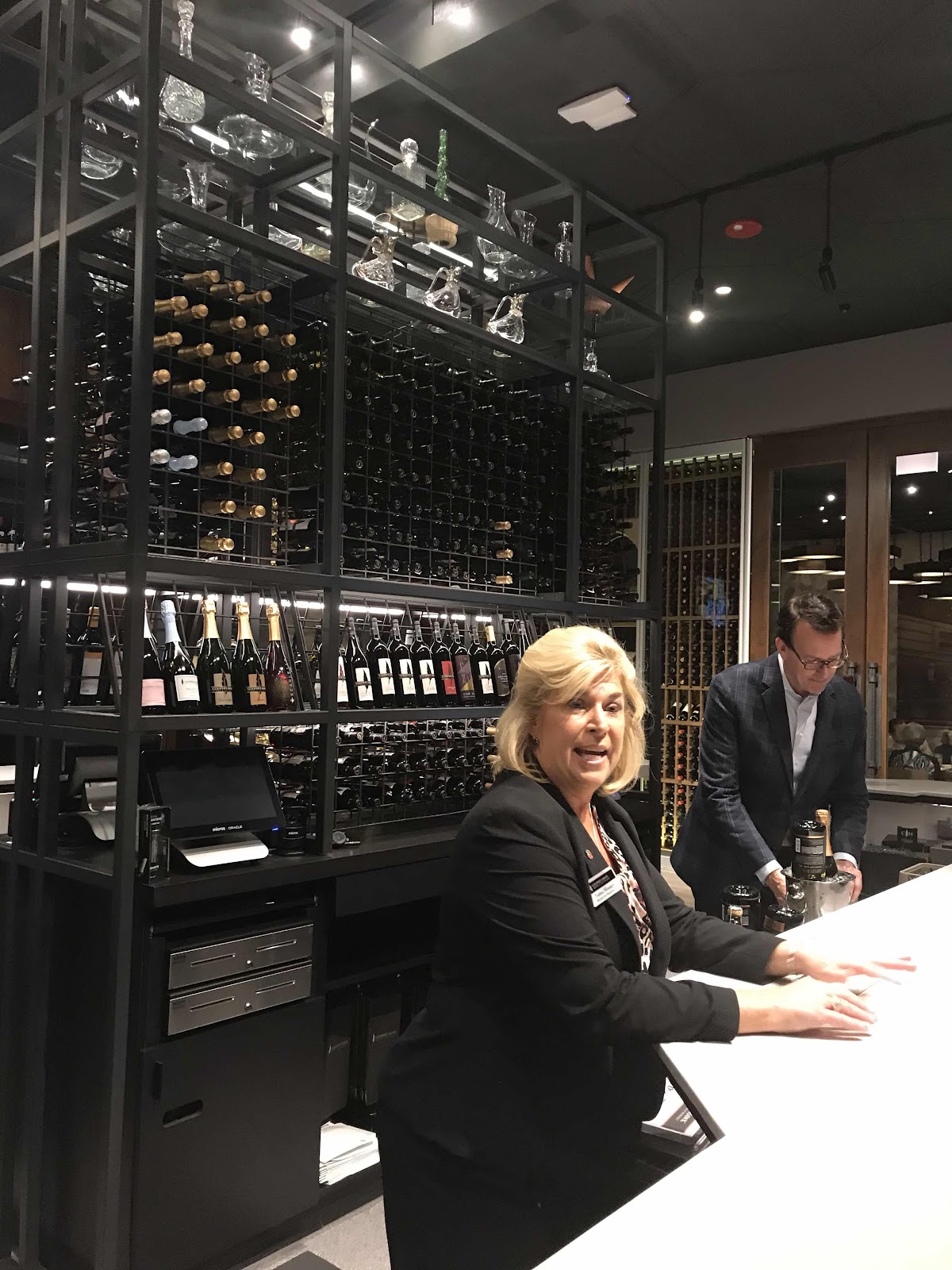 Cooper's Hawk has grown to 41 restaurants and there are plans for six new openings in 2020. Cooper's Hawk now exists in nine states. They welcome about 6.5 million guests annually. I love that this company started in the Chicago area and operations continue here at the Downers Grove headquarters and 25,000-square-foot winery facility in Woodridge where they produced close to 10 million bottles this year. Another facet of the company is their popular wine club, with close to 400,000 members. The concept is a fusion of wine, Napa-style tasting room, upscale casual restaurant and artisanal retail market. McEnery brought his passion for wine to the Midwest after spending some time in California and introduced the idea of having a winery and restaurant under one roof, offering quality wines with nicely paired food in one experience. 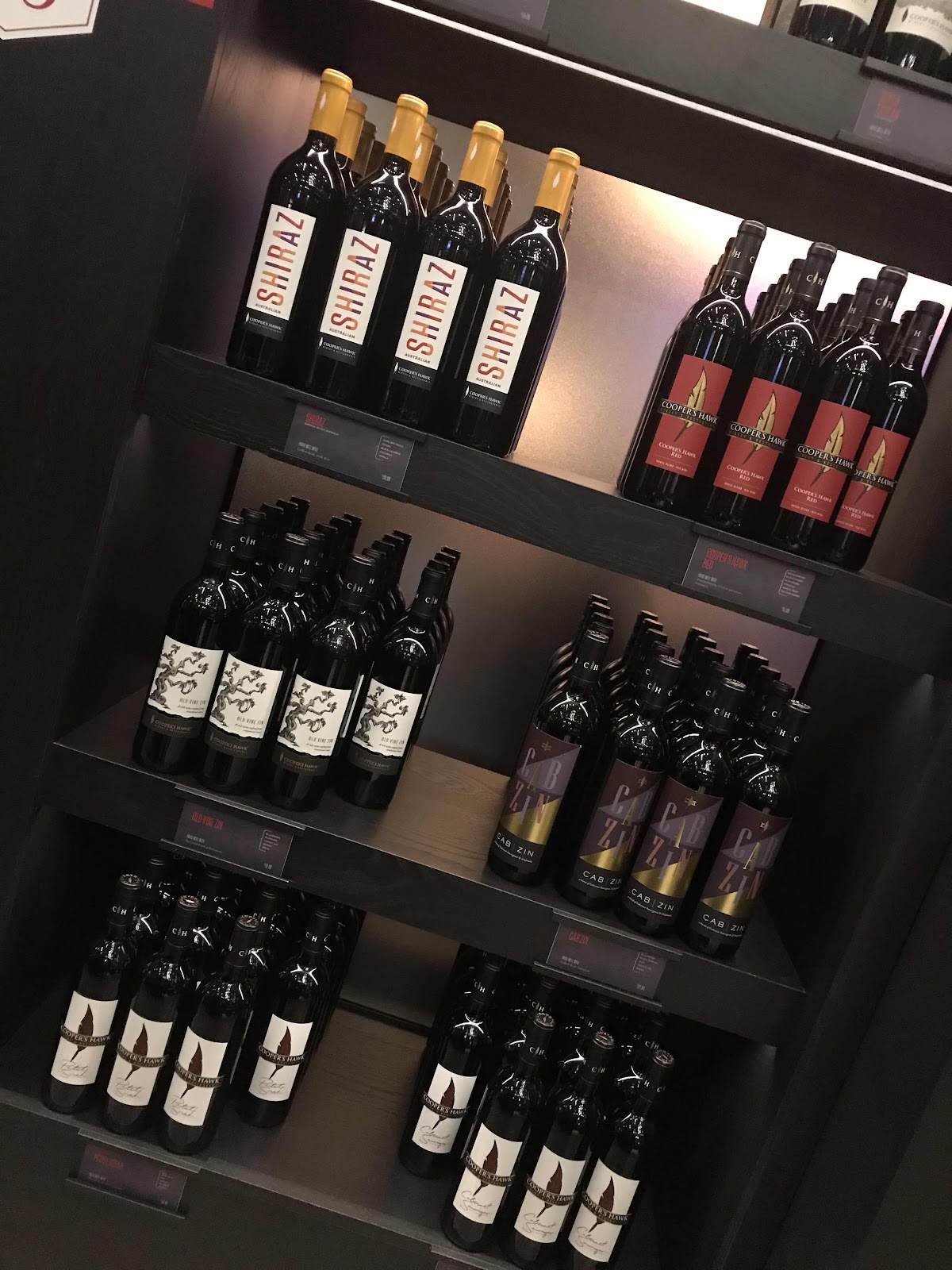 The newest venture of Cooper's Hawk is the opening of what will be their flagship location at the old Esquire Theatre building - the first location within Chicago's city limits that will be known as Cooper's Hawk Esquire Chicago. It differs a tad from the original concept, but still carries the familiarity of its suburban locations by offering wine tastings and continuing menu favorites.

However, everything here is next level. Rather than carrying only their label, the new location is aimed to be a "Celebration to the World of Wine." Master Sommelier Emily Wines (yes that's really her name and yes, she is one badass gal) is overseeing the carefully curated collection of wines from around the globe. Matt McMillan, Vice President of Culinary and Beverage Innovation, has introduced five elevated dishes that will be unique to this location, including an amazing sea bass and a 25-ounce ribeye that I got a chance to sample at a sneak peek media event earlier this week. It has a fun saber wall and an updated look with some fun remaining elements, like the recognizable chandeliers and the exterior lighted marquis giving a nod to the building's past. 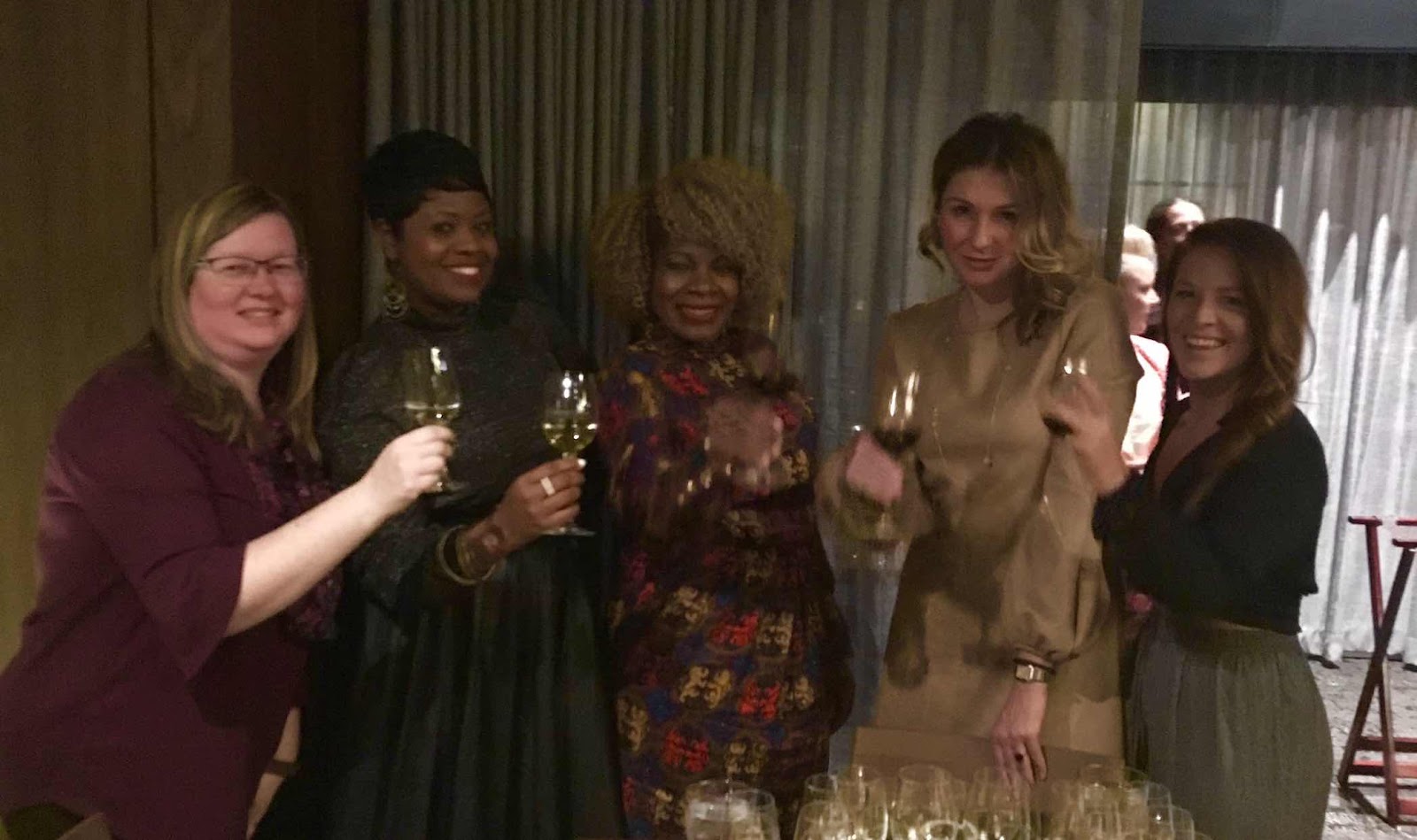 The sneak peek took place in advance of the November 11 grand opening and included a tour. We sampled a few menu favorites, including the crispy Brussels sprouts, pork belly toastadas, shrimp and scallop risotto and gnocchi carbonara.


Each menu item was matched up with a wine, some from Cooper's Hawk and some that were highlighted from other regions around the world, including two from Tuscany that accompanied the ribeye.

Two menu favorites were presented for dessert, the Cooper's Hawk Chocolate Cake (with a scrumptious hazelnut ganache) that was paired with a port wine and the Lemon Ice Wine Cheesecake paired with Cooper's Hawks' Luxe Ice Wine. 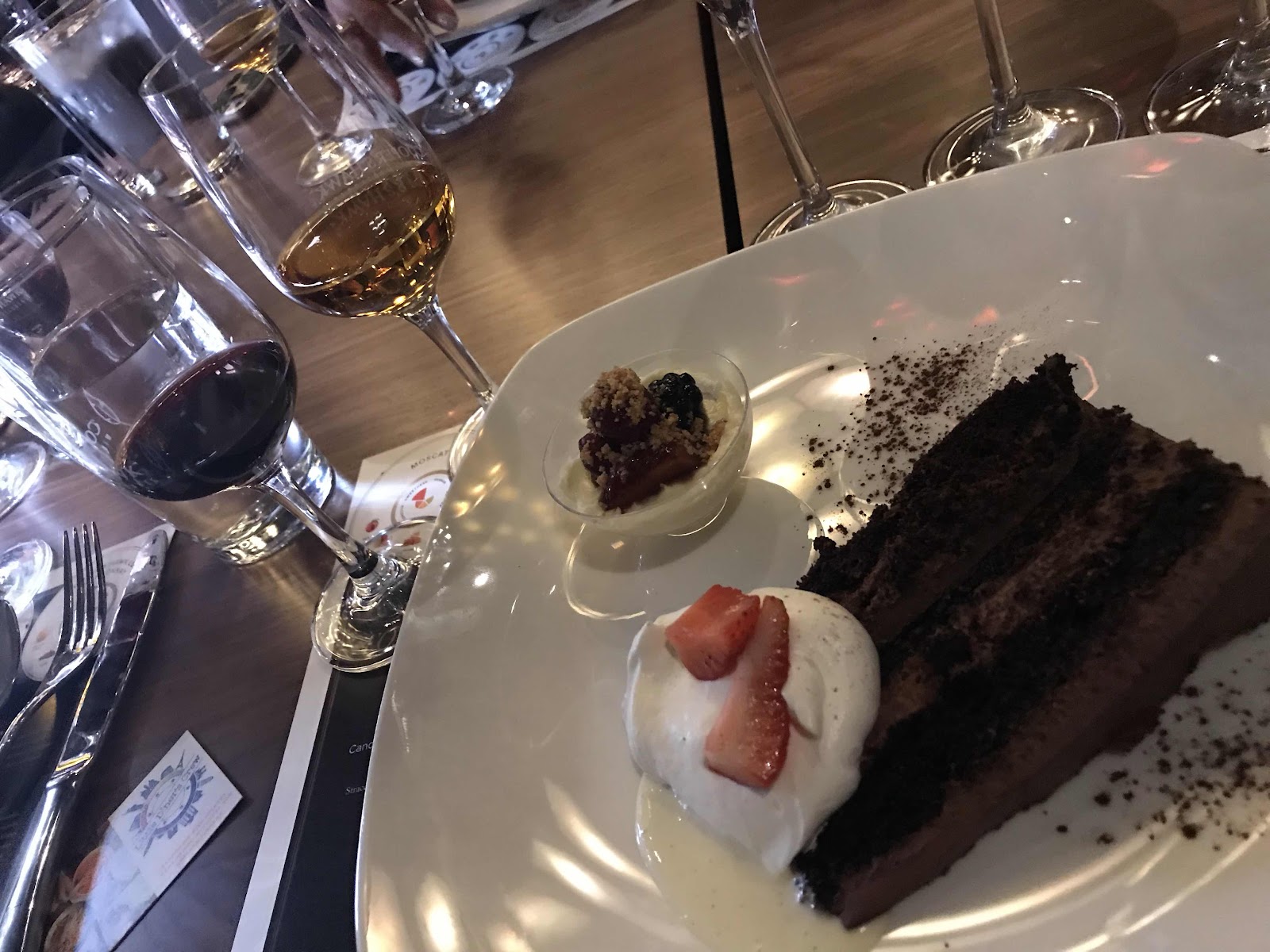 I've been a fan of Cooper's Hawk for some time, have been a wine club member, attended several openings and other member events and am so excited about the company's continued growth, especially in the opening of this one-of-a-kind venue that will be a destination for wine lovers making their way to the city from all over. McEnery's enthusiasm is contagious and as many times as I have seen him welcome a group to an event and talk about the company, it doesn't seem to be wearing off one bit. Kudos to him.

Monday is the official opening and it's sure to be a hit, especially as we head into the holiday season. Be sure to make your reservations right away if you're hoping to get there before the end of the year.