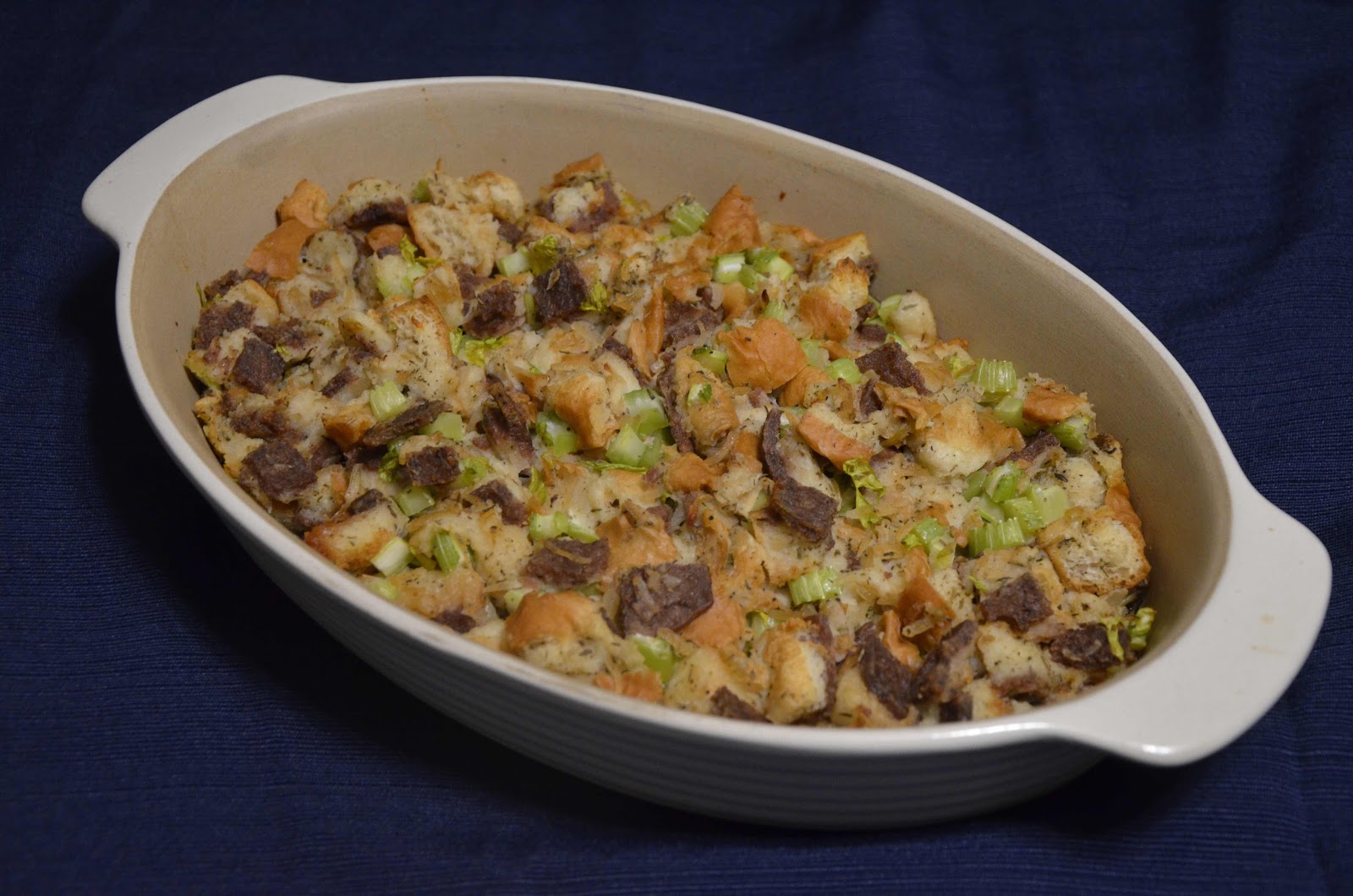 There are some traditional side dishes that we always have to have included in our Thanksgiving meal - stuffing, mashed potatoes, sweet potatoes, green bean casserole, rolls, pumpkin pie for dessert. Then there are those family favorites that are made by the same person each year that we have to have - egg noodles and gravy made by mom, cheesy cornbread made my sister-in-law, Hawaiian salad and/or Waldorf made by my sister, mac and cheese and corn soufflé made by me. But, if there was only one thing that could accompany the turkey on the table, it would no doubt be the stuffing.

My mom always referred it as "dressing" because it went on the side. Hers never went inside the bird. If it went into a bird, she called it “stuffing,” if on the side, it was “dressing.” Her recipe was pretty simple, but there was one secret ingredient she used that always made it stand out a little from other versions of stuffing I would have. It was celery leaves. She didn’t discard them when she diced up the celery. She chopped up the leaves and added them in and it was an extra little touch that really made a difference. 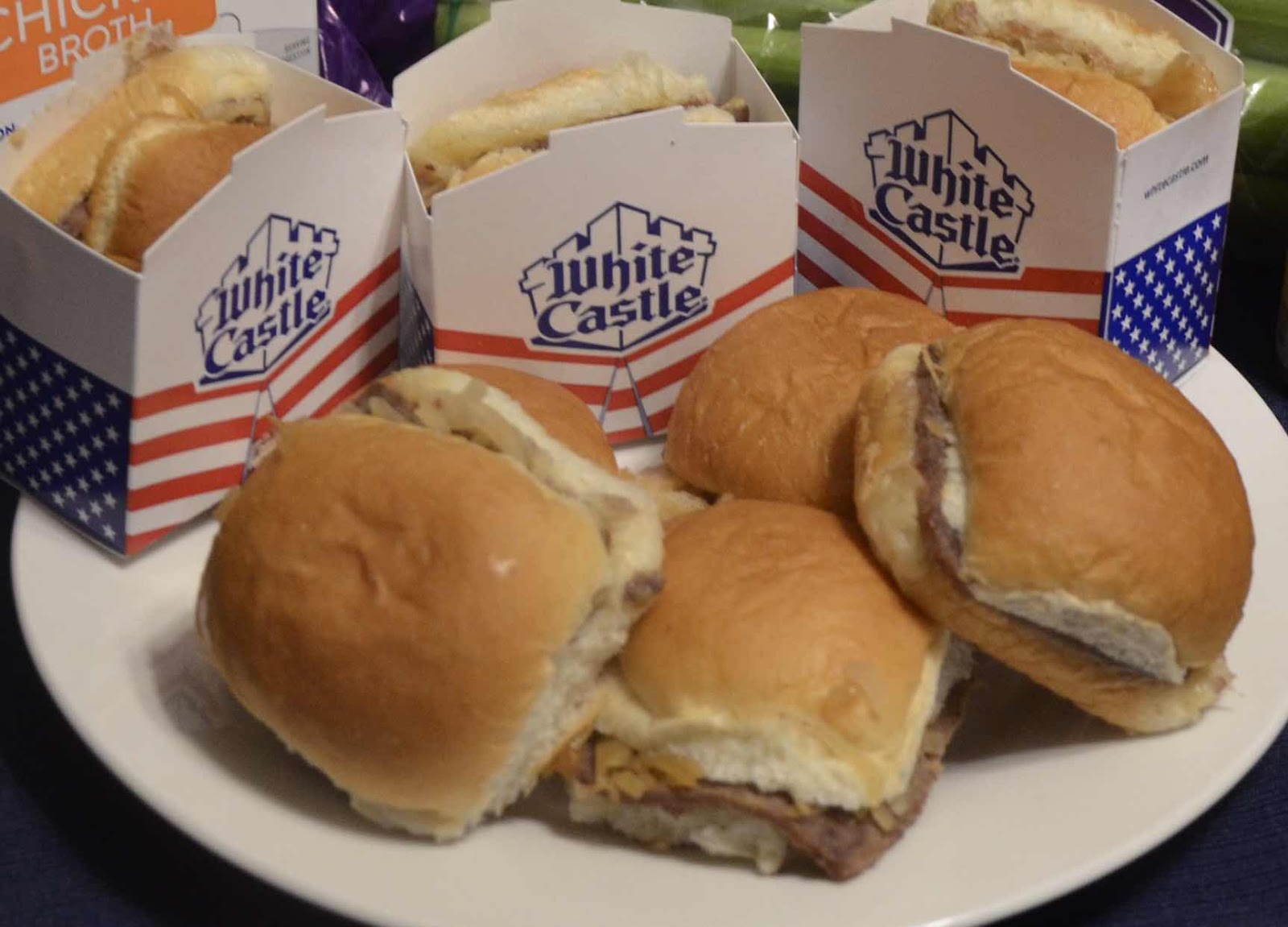 In past years, I've heard of a fun recipe for stuffing that uses White Castle Sliders as the base and I tried it out for myself as I'm starting to think about what to make this year for the big feast.

White Castle is big in the Chicago area and I've always had one located near home. It was a weekend stop when hanging out with friends in high school or a place to hit if you wanted to feed a group fast (they sell crave cases of 30 that are ready in minutes), like when I've brought them out to a fire scene a couple times when I knew my hubby and his firefighting co-workers were in for a long job and would be hungry. It's also an economical snack. At my closest location it's still just 79 cents for an Original Slider. 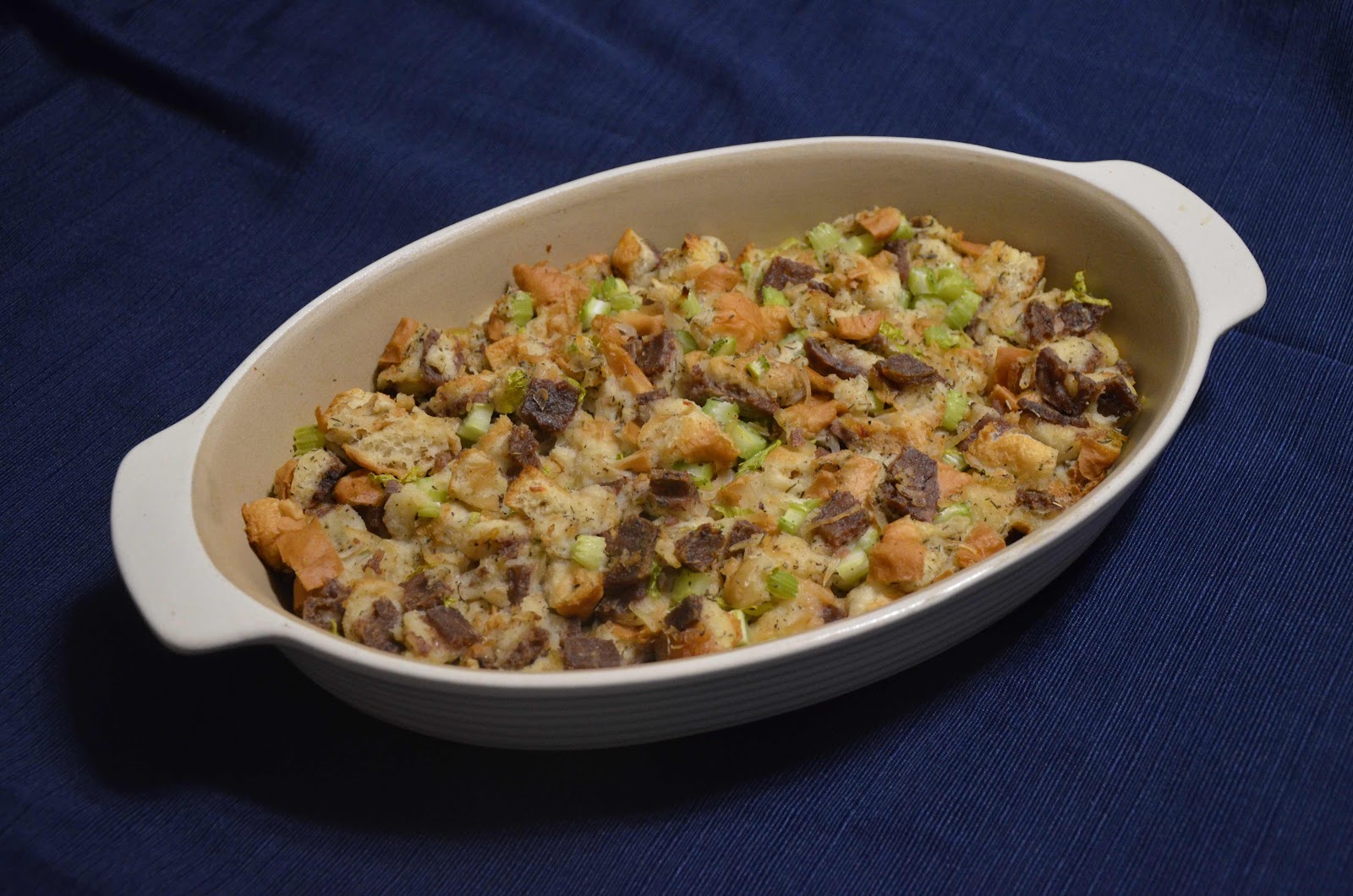 With this recipe, the buns replace the bread you'd use and there's no need to add onions because they're already there. The sliders make it a filling and savory side that could really be a light meal all by itself. 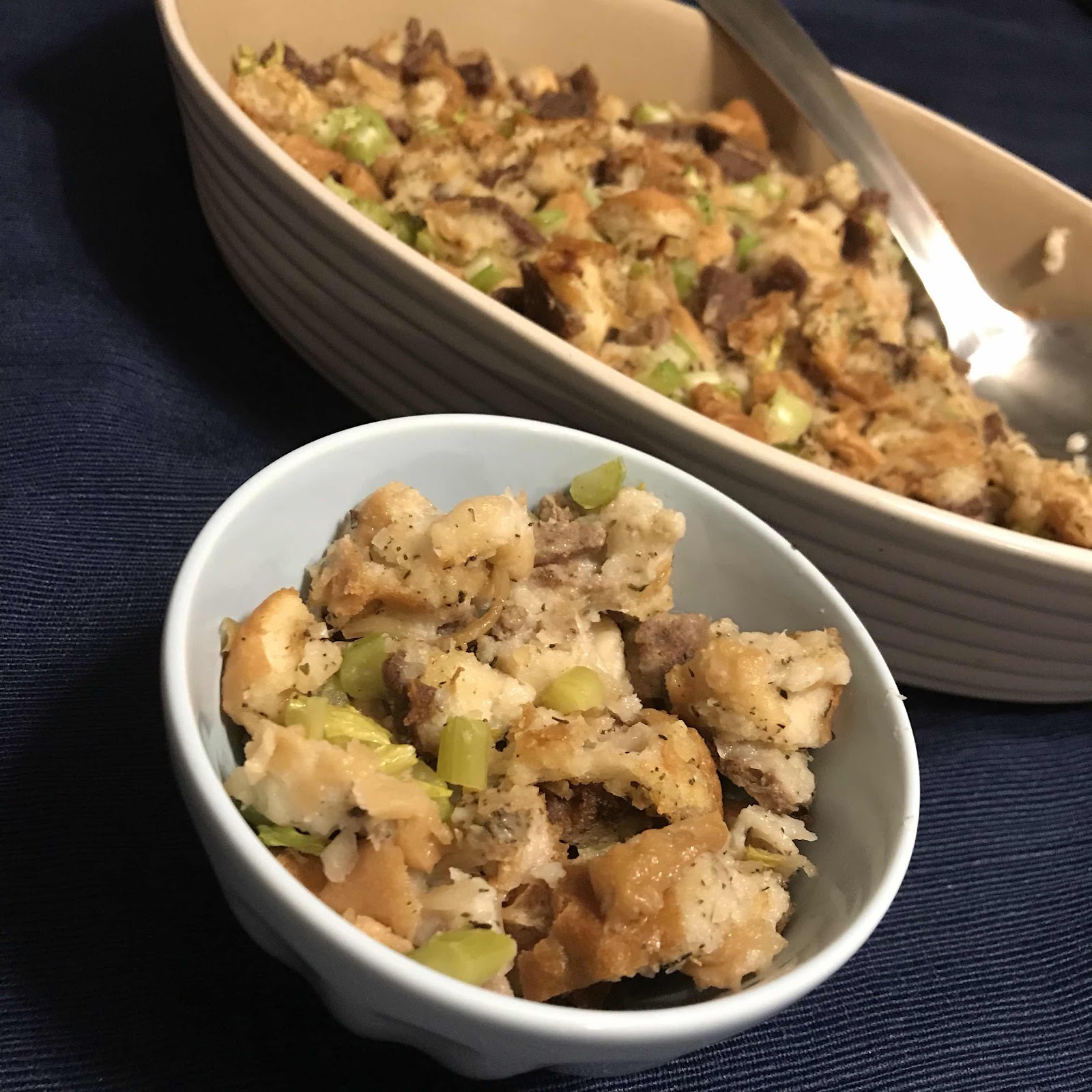 If you don't happen to have a White Castle location nearby, get over to your local Jewel-Osco store where you can pick them up in the freezer section in boxes of 6.

Be sure to stop over and visit us (ChicagoFoodieSisters) on Instagram where we'll be doing a giveaway this week for a $25 White Castle gift card.

Have a happy Thanksgiving or Friendsgiving or whatever kind of gathering you're planning and I hope your family and friends like this twist on the traditional must-have side dish. 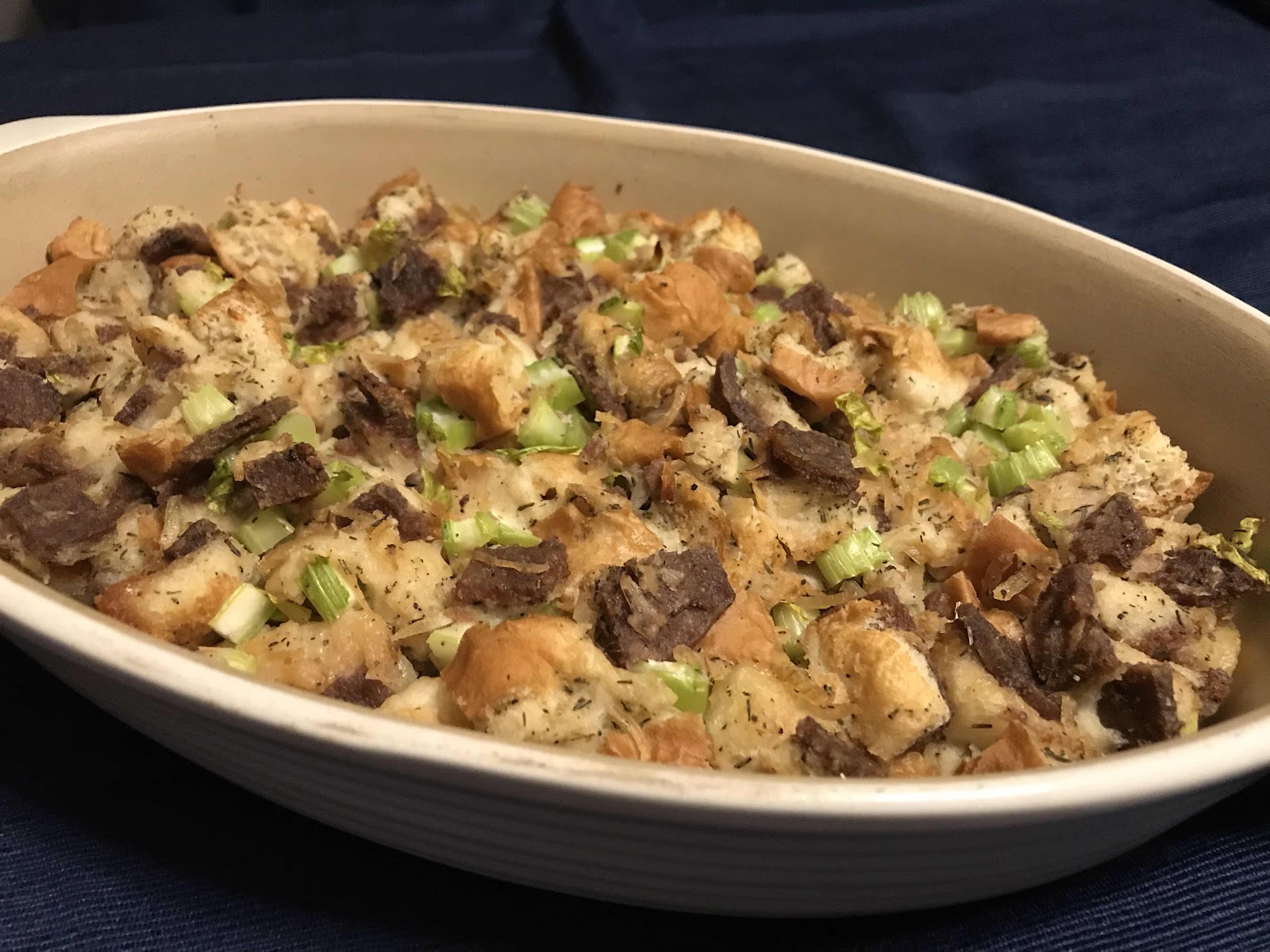