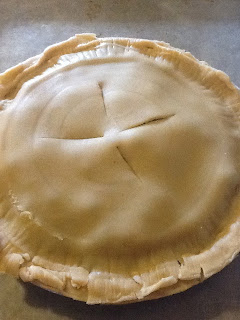 Who doesn't love pie? This time of year is a great time for making homemade pies as fresh fruit is plentiful. However, last year when we picked blueberries we picked close to 30 pounds and I realized I still had a lot frozen from last year that I better use up.

So, I pulled about four cups of frozen blueberries out of the freezer and a frozen crust -- one fan called me out on the pic I put on Facebook with the frozen crust. She e-mailed me her homemade crust recipe, so I hope to try it out soon. I've never ever made a crust from scratch!

Anyway, frozen crust or not, this was pretty tasty. 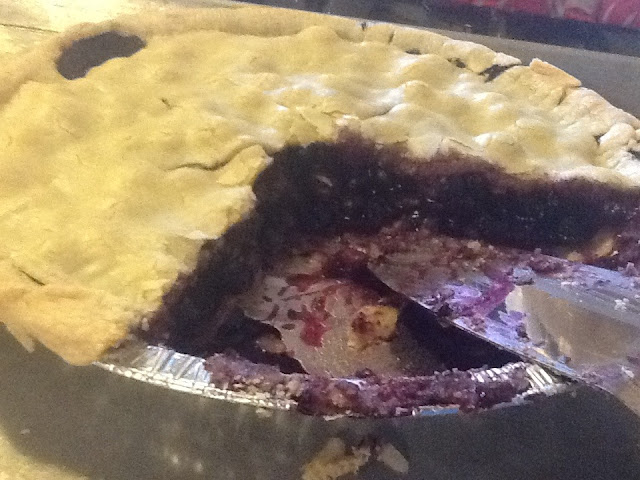