I have been seeing a lot of people posting green smoothies lately that they are buying at eateries or making at home. Several of the ones I've seen recently include banana, pineapple and kale. I saw one the other day that used baby kale and happened to see it at my latest grocery store stop, so I figured I'd give one a try.

I wasn't sure how it would work because several of the friends posting their homemade smoothies are using a Ninja or similar device to blend it. I have just a standard blender and I was afraid it wouldn't grind up the kale enough. While it did a pretty good job, it didn't completely liquify it, so next time I make one I'm hoping to have a better appliances for make smoothies smoother. :)

Anyway, as far as taste goes, it was pretty good.

I first put the kale in with water to liquify it as best as I could. Then I added the rest and blended for about 45 seconds. I guess I could have made it a little more green, but as it was my first time ever using veggies in a smoothie, I went easy. 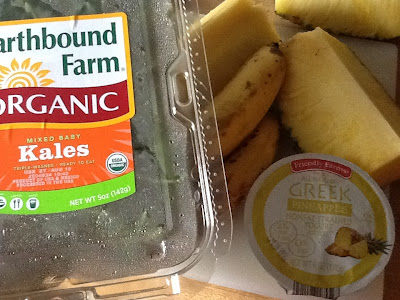 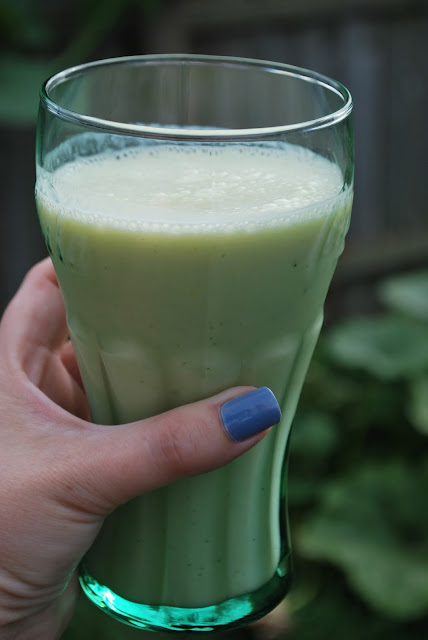