With a second generation German-American as a husband (his father was a native of Berlin), my husband favors German beers just like my father-in-law did. My husband's dad just passed away in May and we think of him often...especially when we enjoy German beer.

Hofbrau and Spaten are their favorites, both of which I like. But if it's available, I'm also likely to reach for a Warsteiner or a DAB. DAB is a blond lager, which like many beers of that region, has been brewed for centuries, although it is younger than many other popular German Beers. It is brewed in the Ruhr District of Germany. 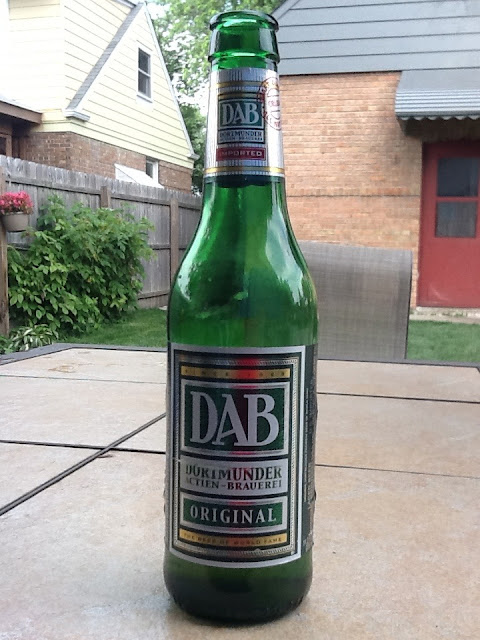