My favorite local place to eat is J.J. Kelley's. It really has the best food in town in my opinion. J. J. Kelley's has been open in Lansing for 26 years now and it just gets better and better. The dining room, known as the Clover Room, was redecorated in recent years. On a few occasions I have stopped there with one of the boys on a Friday night. The best part about Friday night dining is that the soup and salad bar is available with dinners or to purchase separately. The soups there are always fantastic. 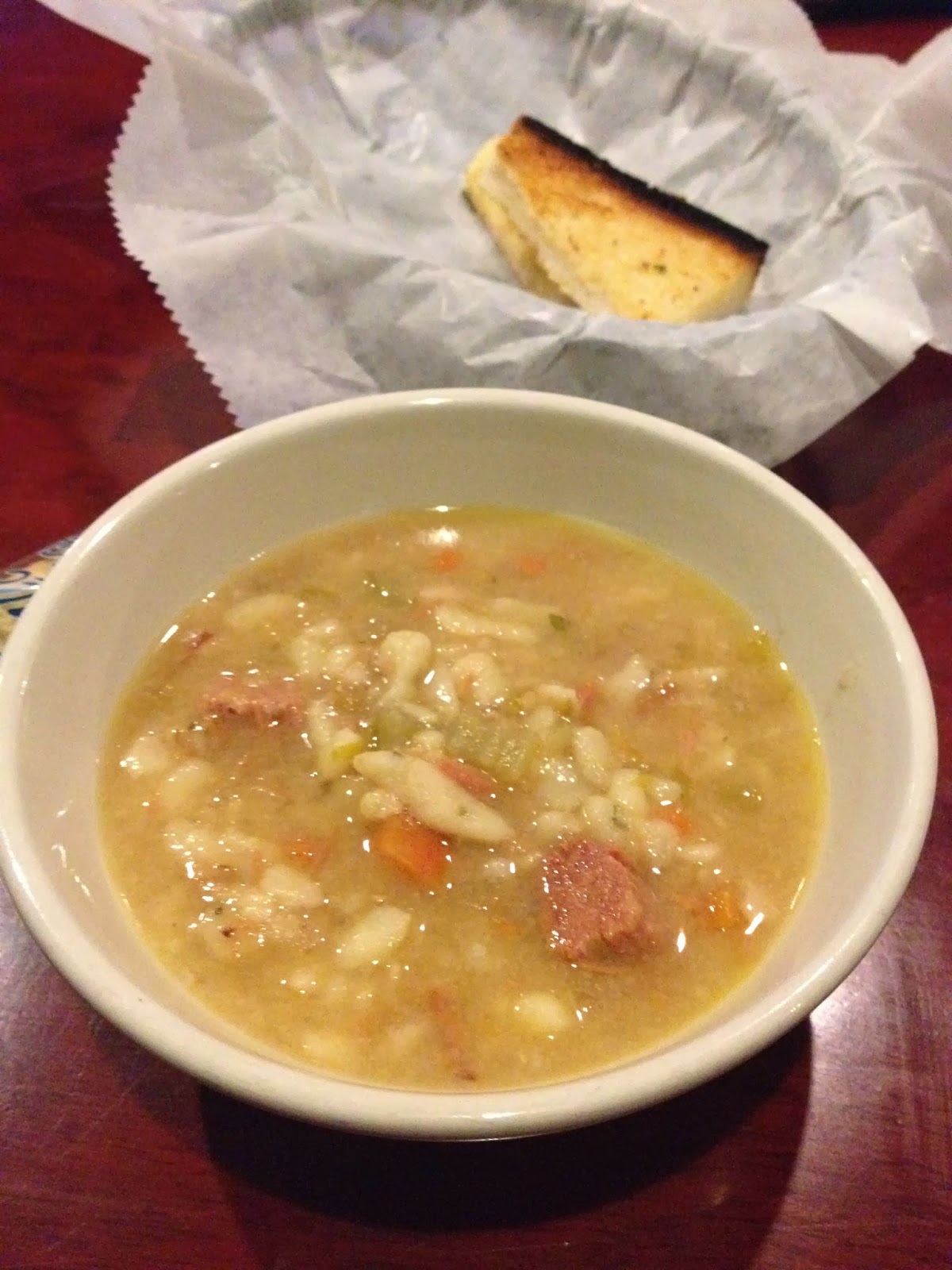 I've gotten to know the owners over the past several years. They are good business people and good members of the community and so accommodating when it comes to their customers. Our family held my mom and dad's 50th wedding anniversary there last spring and it was a lovely time. The room was the perfect size for our party. The food was amazing (my family members are still talking about it.)

So, for the most recent Friday night visit, here's what I enjoyed. I went there because I had a major craving for the chicken tenders. They are so good - better than Buffalo Wild Wings, better than Wingstop and even better than Hooter's.

I started off with some soup paired with garlic bread that they bring to the table. I could eat a whole basket of it with soup and be a super happy camper.

After the beef and pasta soup (don't recall the name, but is excellent) I hit the salad bar for a little greenery. I love scooping artisan lettuces and spinach on my plate rather than the boring and nutrient-absent iceberg that is offered on most buffets. I also grabbed some beets (love them but definitely don't eat enough of them.)  There was also a pasta salad that was loaded with veggies. I really love the pasta salads that are made fresh there. 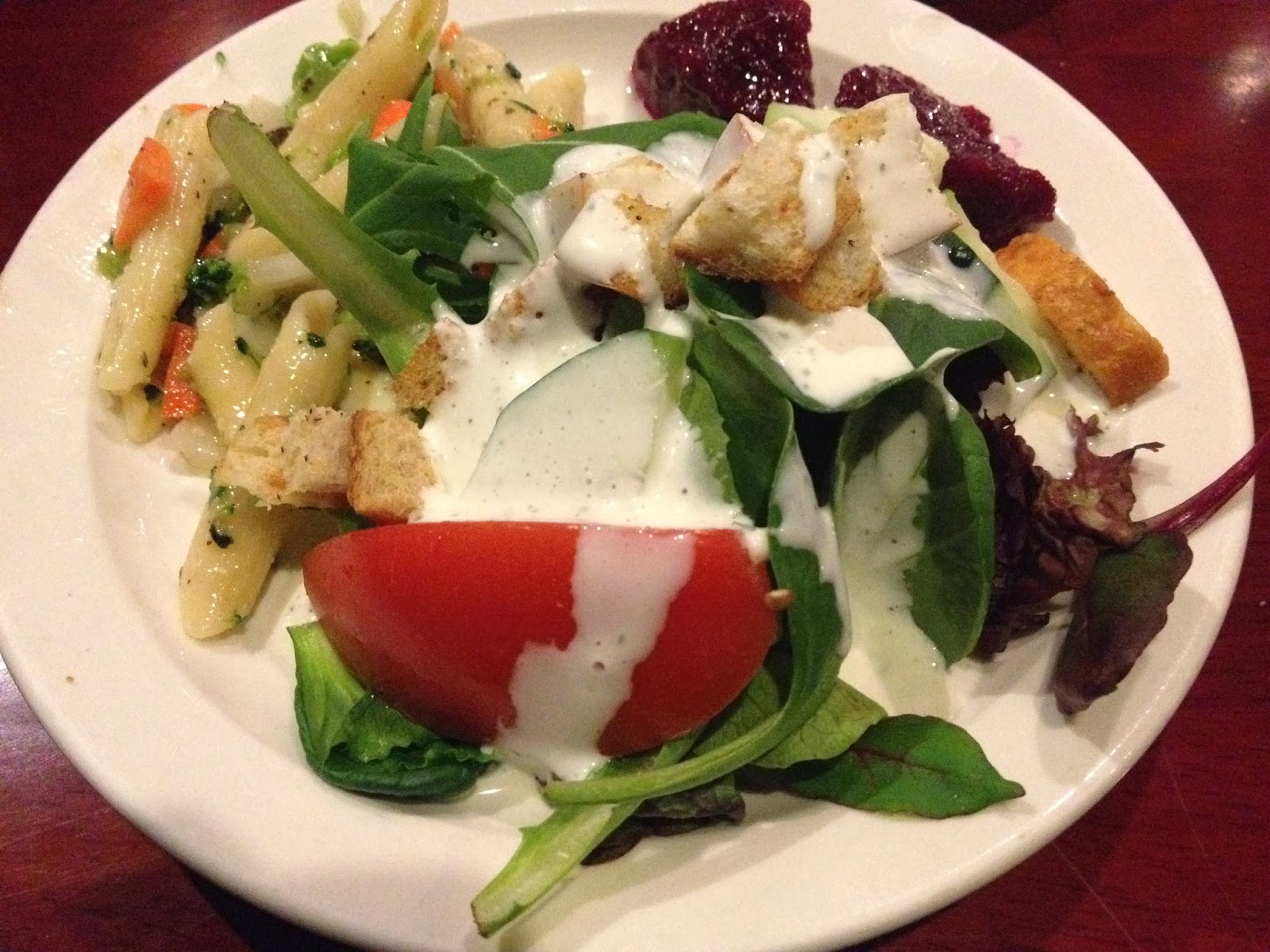 Ok, I should have stopped there, but I wanted to taste the chicken noodle soup (love the ultra thin noodles used in the soup)

My son had a cheeseburger. He liked that it was topped not with American, which seems to be the standard burger topping, but with mozzarella. He scarfed it down like any self-respecting teenager would do and gave it a big thumbs up. I snatched a couple of his fries when he wasn't looking. Shhhh! don't tell him. He happens to be a germophobe and if he thinks I ate something from his plate I will totally be on his bad side. 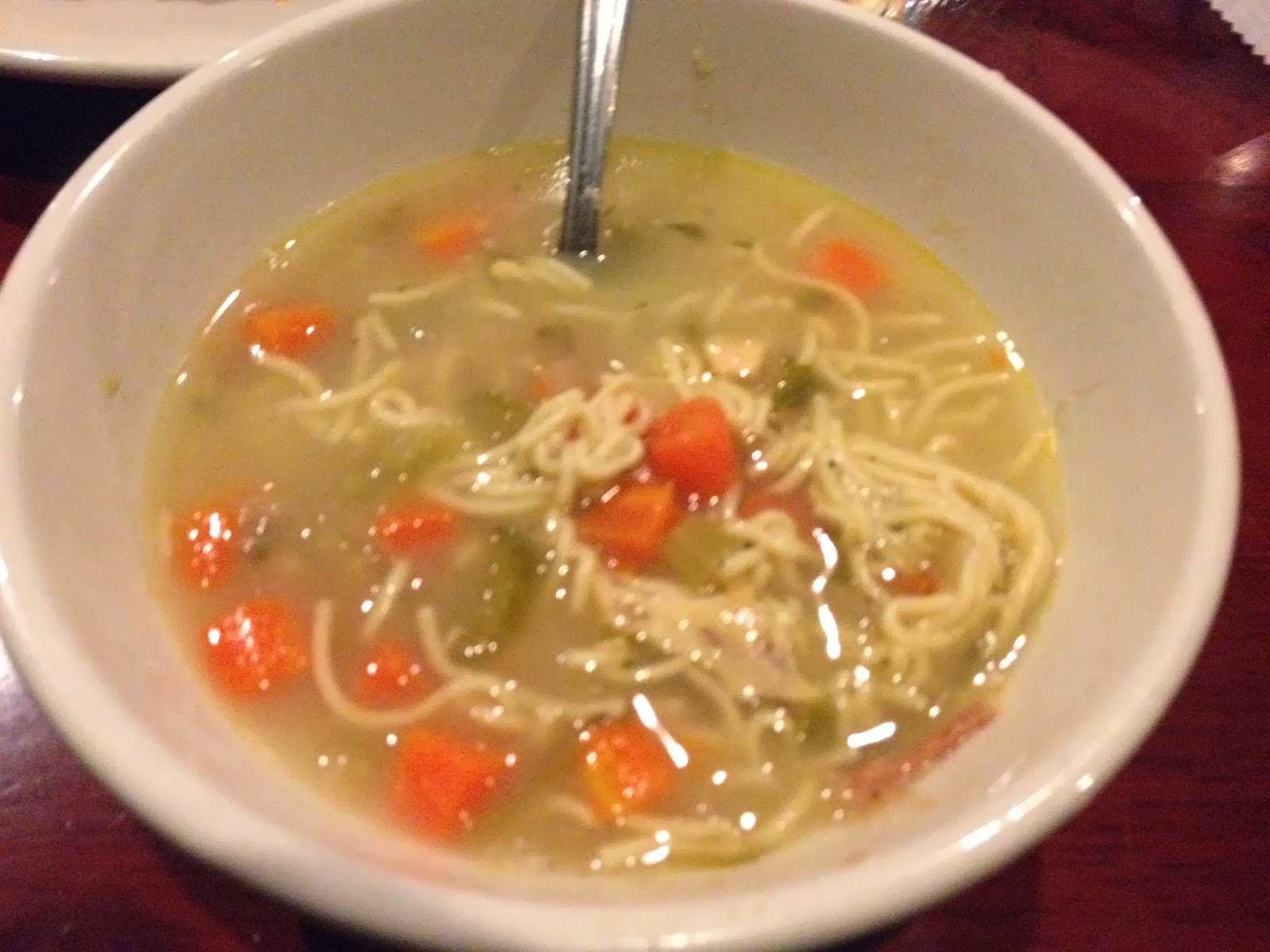 I ordered the chicken tenders I've been waiting for, although after having a plate of salad and sampling both soups, I took most of them home. I ordered mine mild with a side of ranch dressing. It was fabulous! The only thing that could have improved the meal is if I would have had a bigger appetite and had a Rueben as well because I am telling you - the are THE. BOMB. And it's so awesome that they aren't offered only in the month of March. It's on the menu all the time at this fun Irish pub.

If you've never been there, be sure to give it a try soon. And be sure to tell them that Chicago Foodie Sisters sent you! :) Visit jjkelleyslansing.com for more information and follow J. J. Kelley's on Facebook for daily specials. 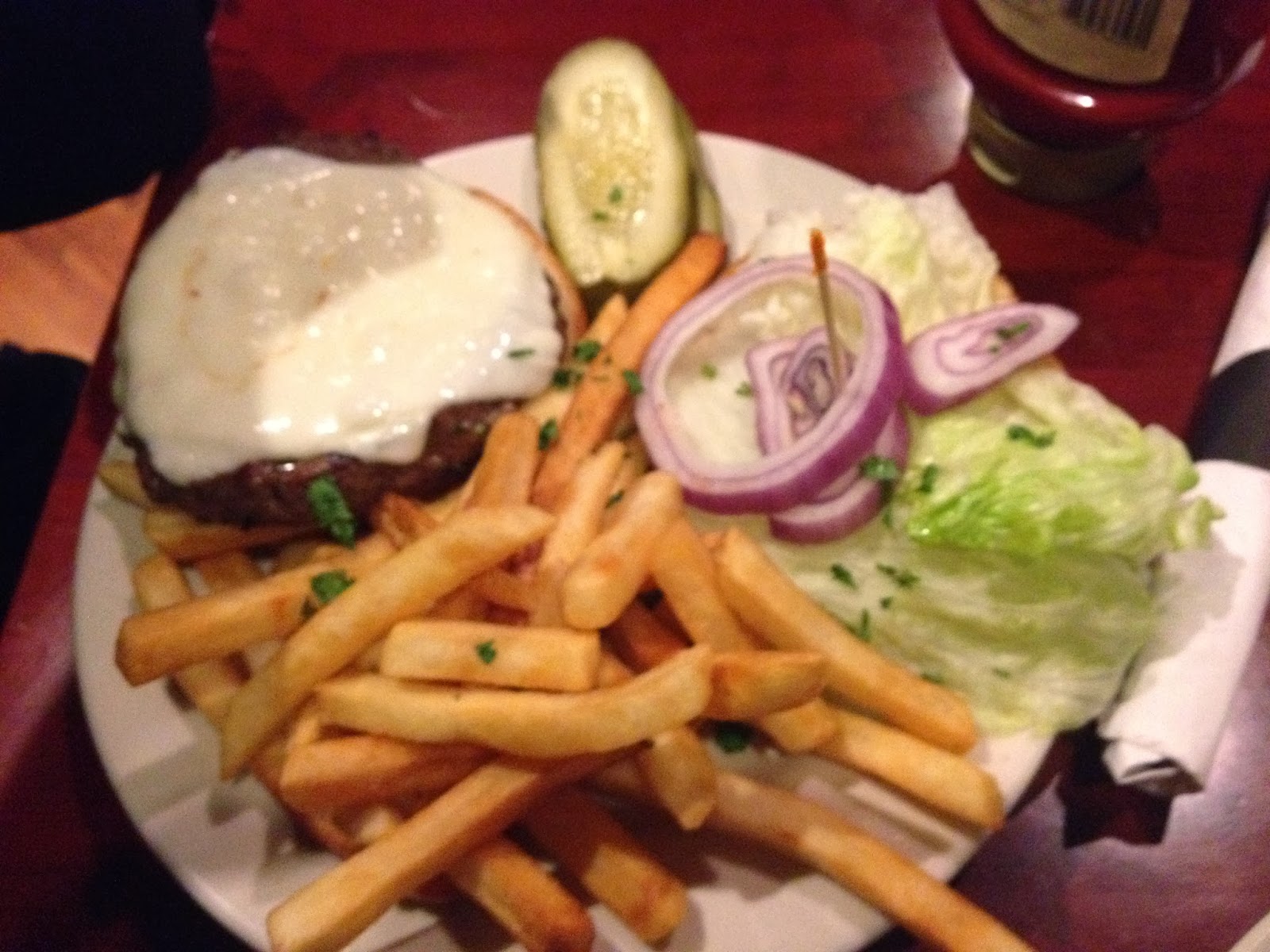 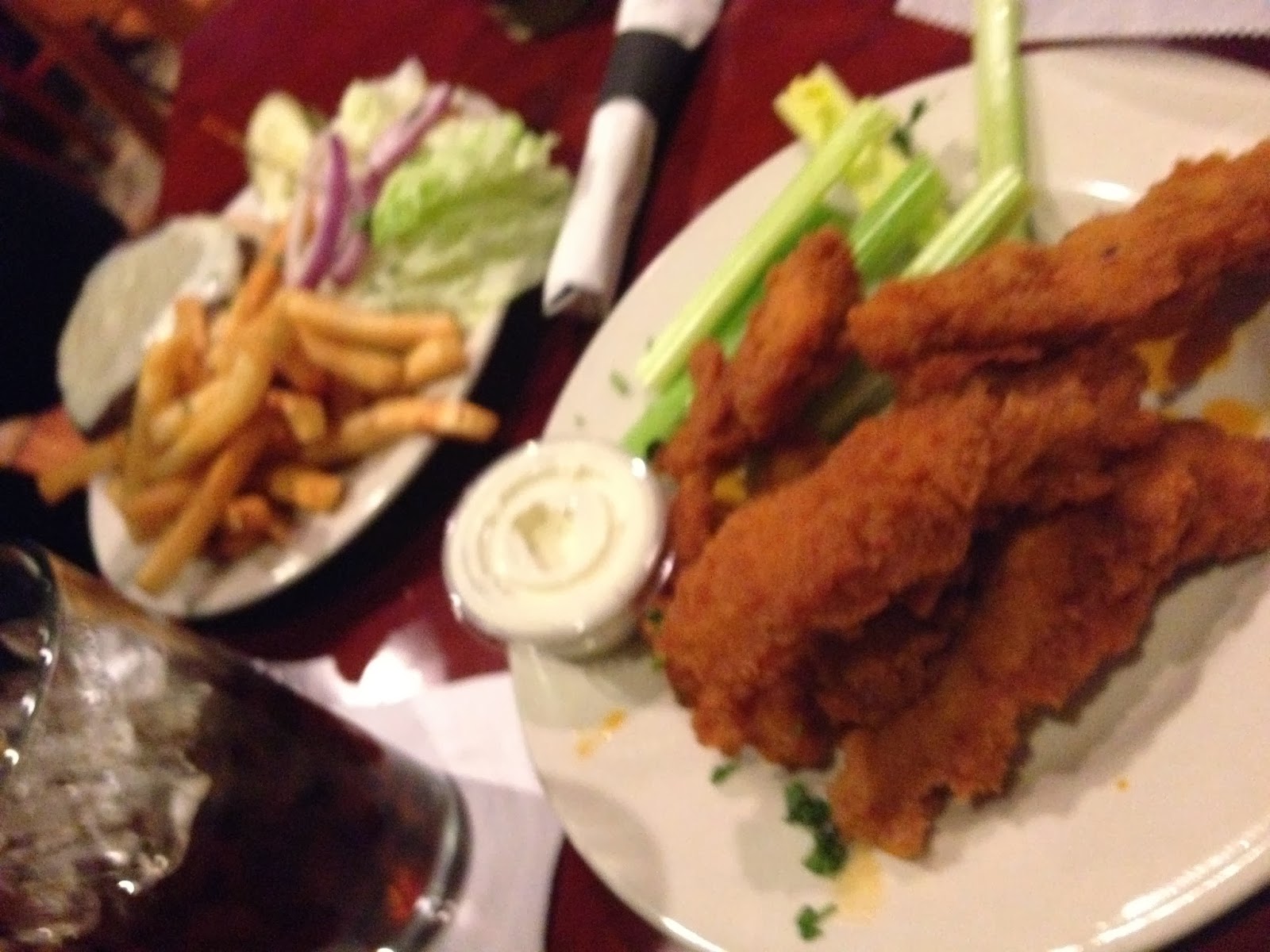 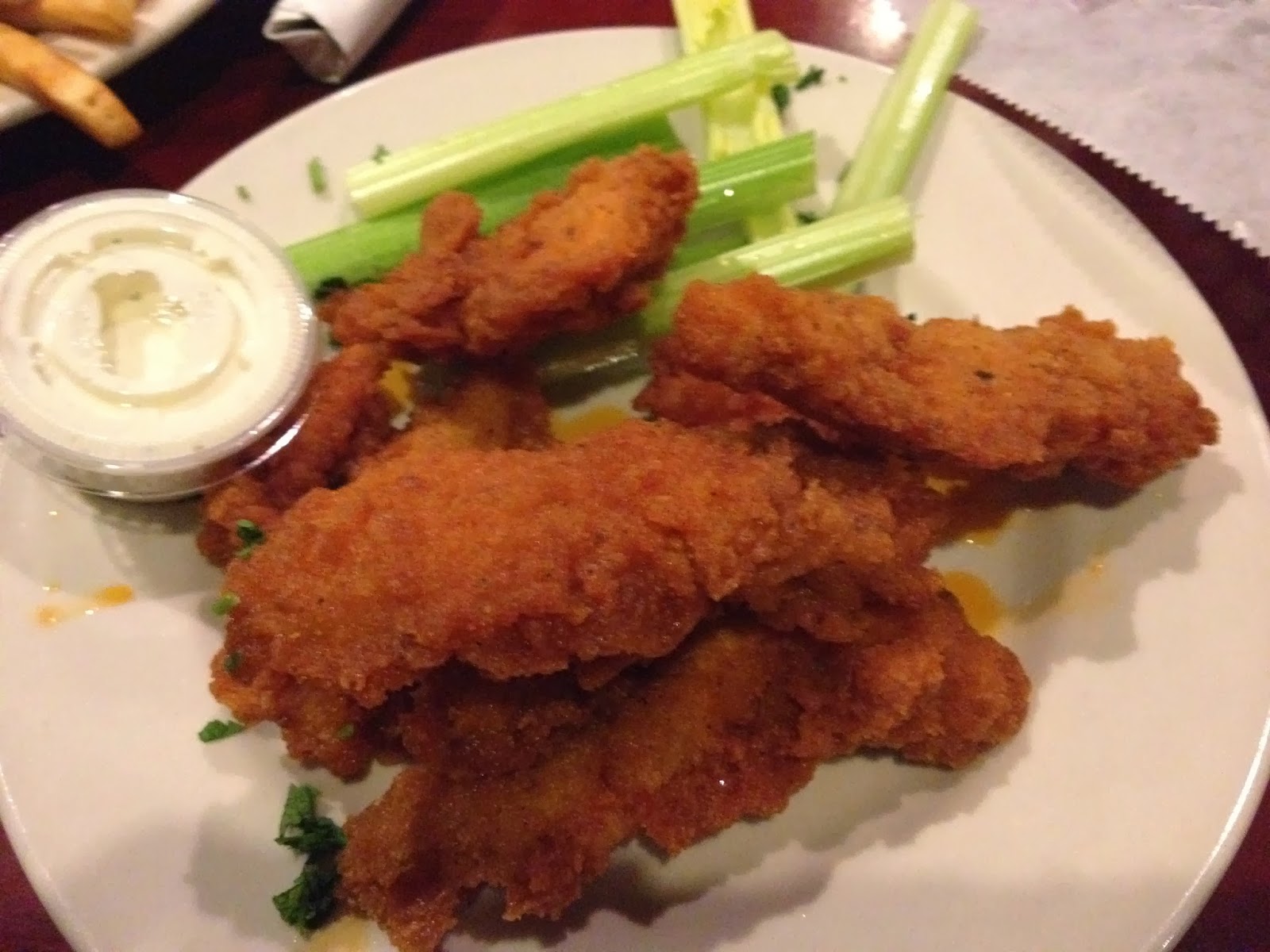