My 10-year-old is always coming up with clever food items, like this and this. Last week I was making a snack that a couple of the boys like - the old hot dog wrapped in crescent dough. My son decided he didn't want one of those but asked if he could put some pepperoni in one.

Then he commented on how the triangle-cut dough was in the shape of a slice of pizza. So, he decided to take one and put on sauce, then pepperoni, then mozzarella cheese. I told him he should roll it up so the cheese wouldn't ooze off all over. He said, "How about if I just put one on top like another crust?"

It worked. He added a top crust with a little Italian seasoning and in the end he had a little enclosed pizza. ;) 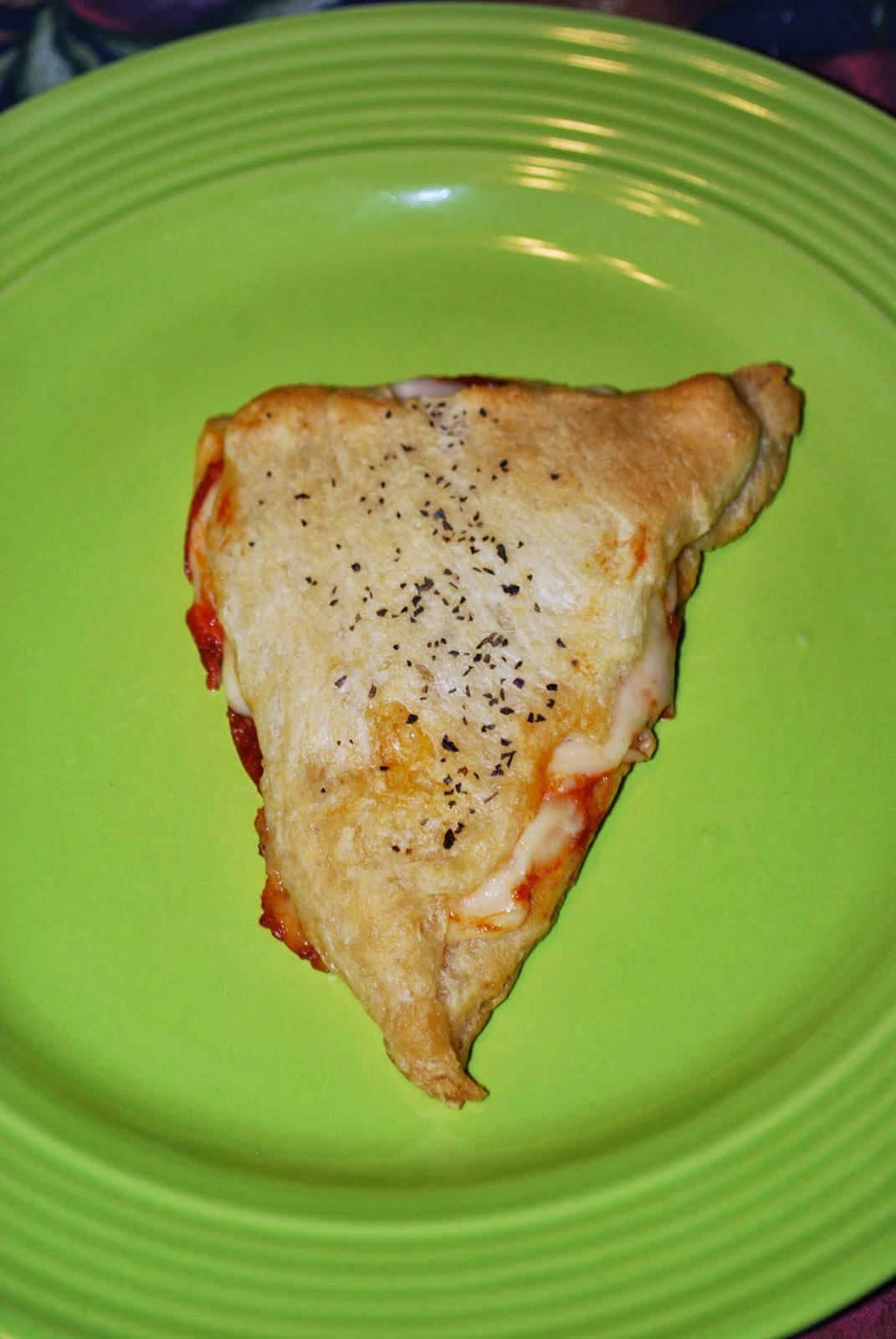