One pot ham and potaotes

One of the dishes we had almost every week growing up was a big pot of ham, potatoes and green beans. Mom started by cutting up potatoes and boiling them. Then went it some green beans and a ham steak and it was seasoned with salt and pepper. 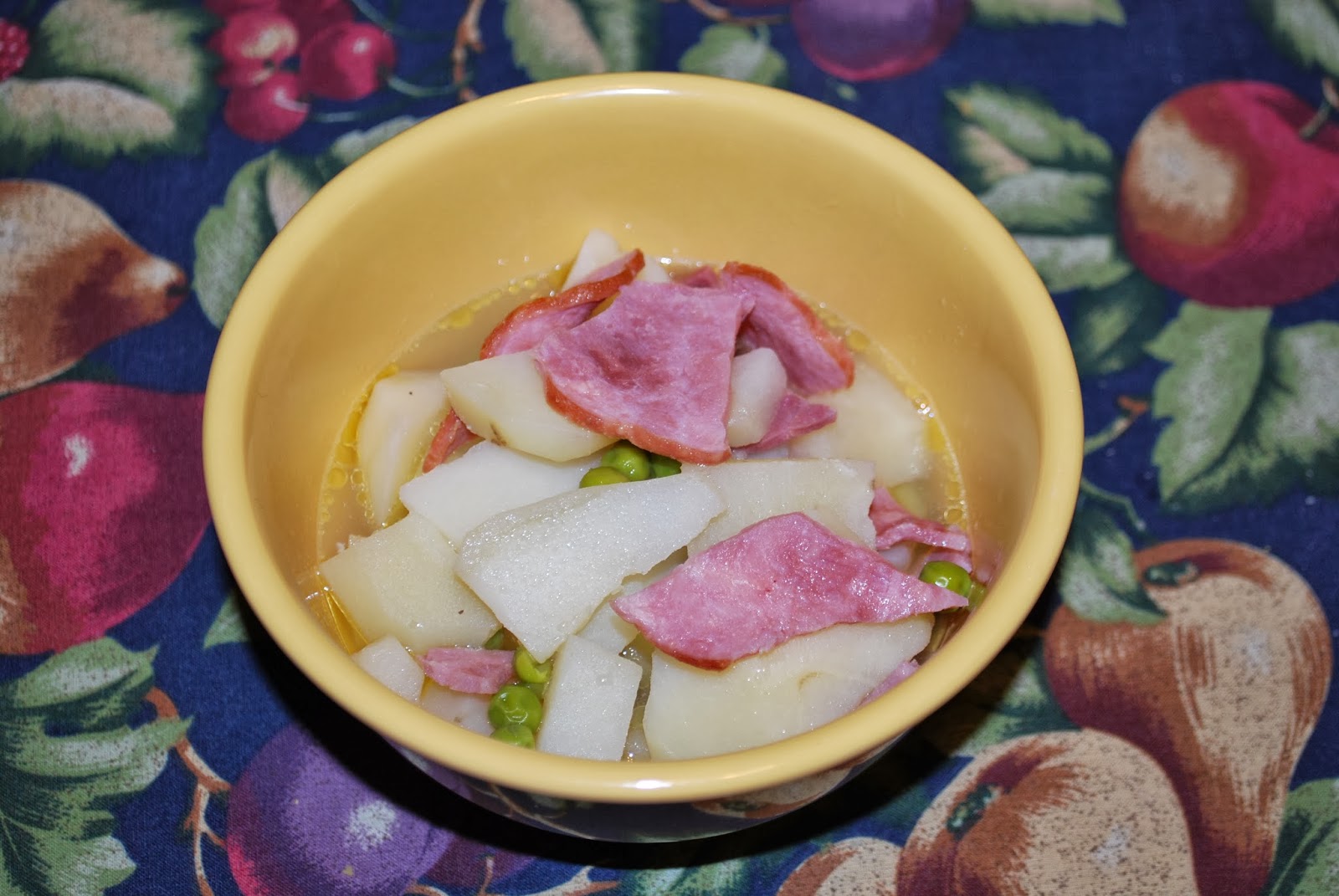 During one of our recent snowstorms I got going on one of my cooking marathons and had a taste for mom's ham, potatoes and green beans. Mom usually used canned green beans and I was out, so I substituted peas. Also, I didn't use a ham steak. I'd made a big ham just after Christmas and I filled two containers with ham that I'd cut up so it would be ready to use in a dish. So, I had some ham already cut up and I just pulled it from the freezer and threw it in.

6 Russet potatoes, peeled and sliced
1 can beans or peas
about 8 oz. of cut up ham
Fresh chopped parsley
Salt
Pepper 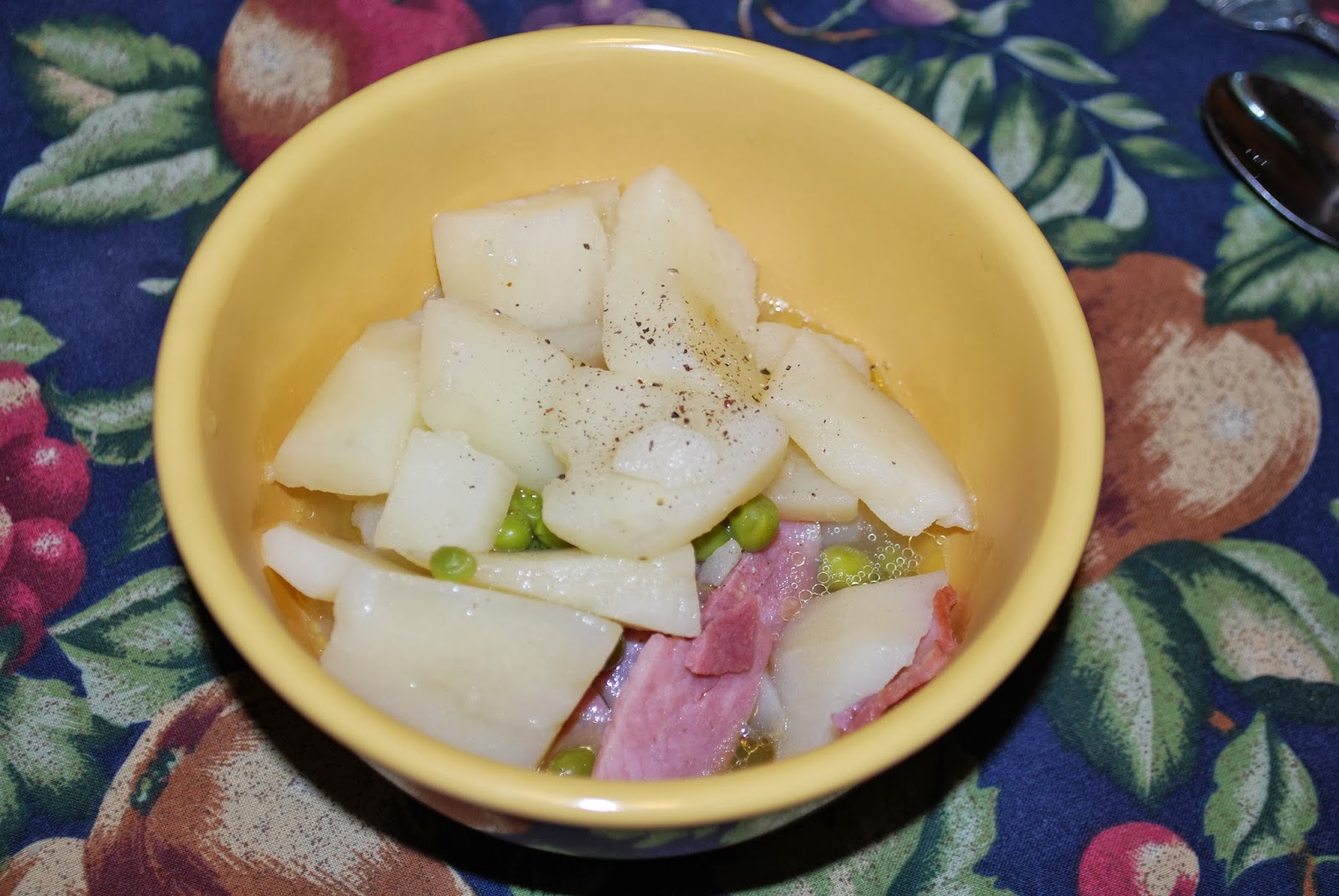