So on our recent trip to Indianapolis, we enjoyed a weekday breakfast at a cute downtown corner eatery across the street from the Capitol called Cafe Patachou. The place operates on a cool philosophy of freshness with a great track record of giving back to the community. And the food is good. So good that it has been named by Bon Appetit Magazine as one of the “Ten Favorite Places for Breakfast” in the nation.

The kids opted for fresh waffles, served with fresh fruit. 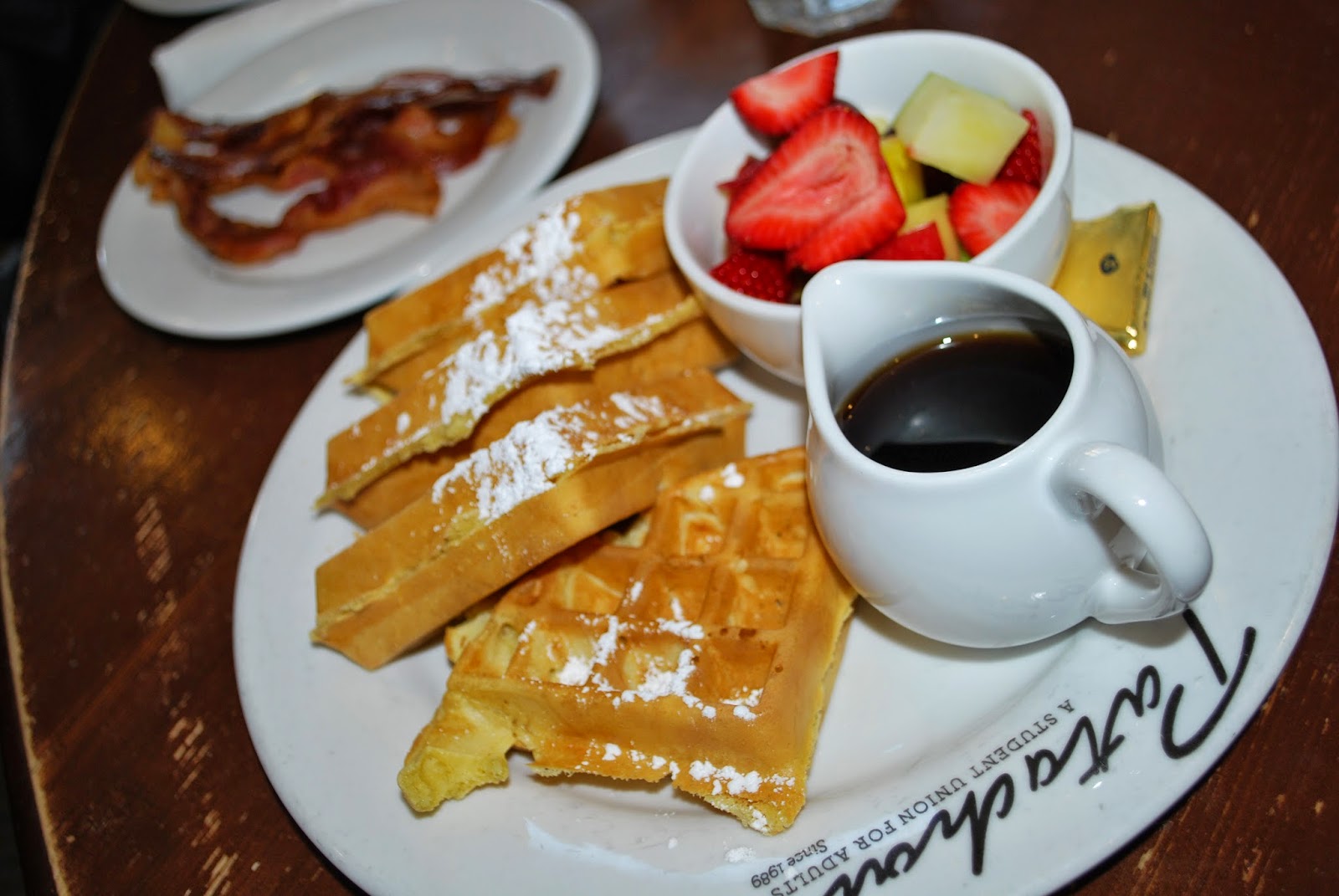 We dined with a colleague from the visitors bureau who suggested the restaurant. This is her California Dreamer omelet with avocado, white cheddar, sour cream and jalapeños. As if that wasn't enough of a kick, she smothered it in srirachi ~ quite a brave soul. Looked fantastic, though, and she got an order of cinnamon toast with it. That's one menu item I've heard a few people rave about - the homemade cinnamon bread. 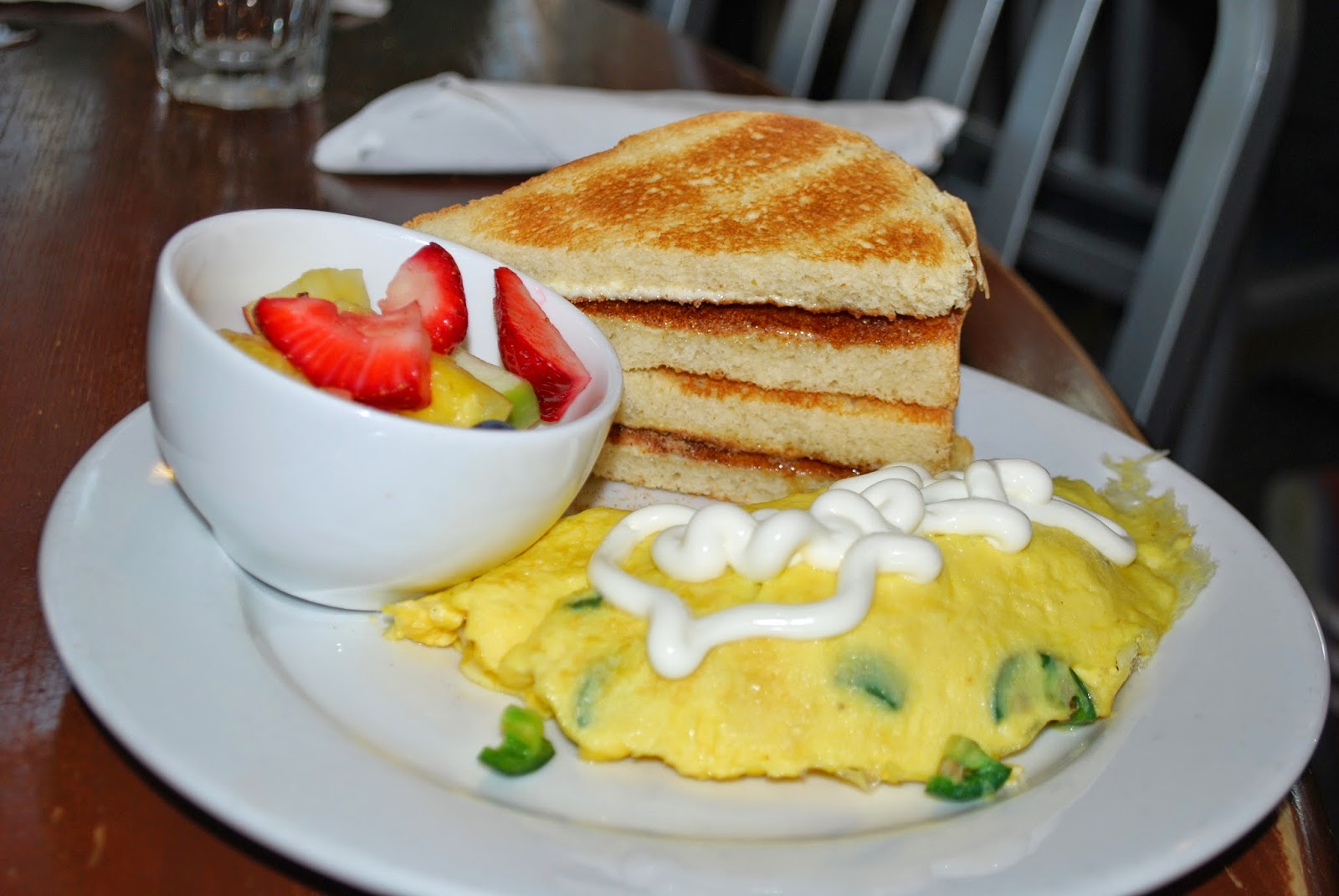 I got the Hippie with a Benz omelet filled with spinach, mushroom, tomato and feta cheese. Definitely one of the best omelets I've had (it ranks up there with the Silver Spoon in Valparaiso - one of my favorite spots for breakfast.) I got mine with sourdough toast that was lightly toasted and chewy and downright spectacular. 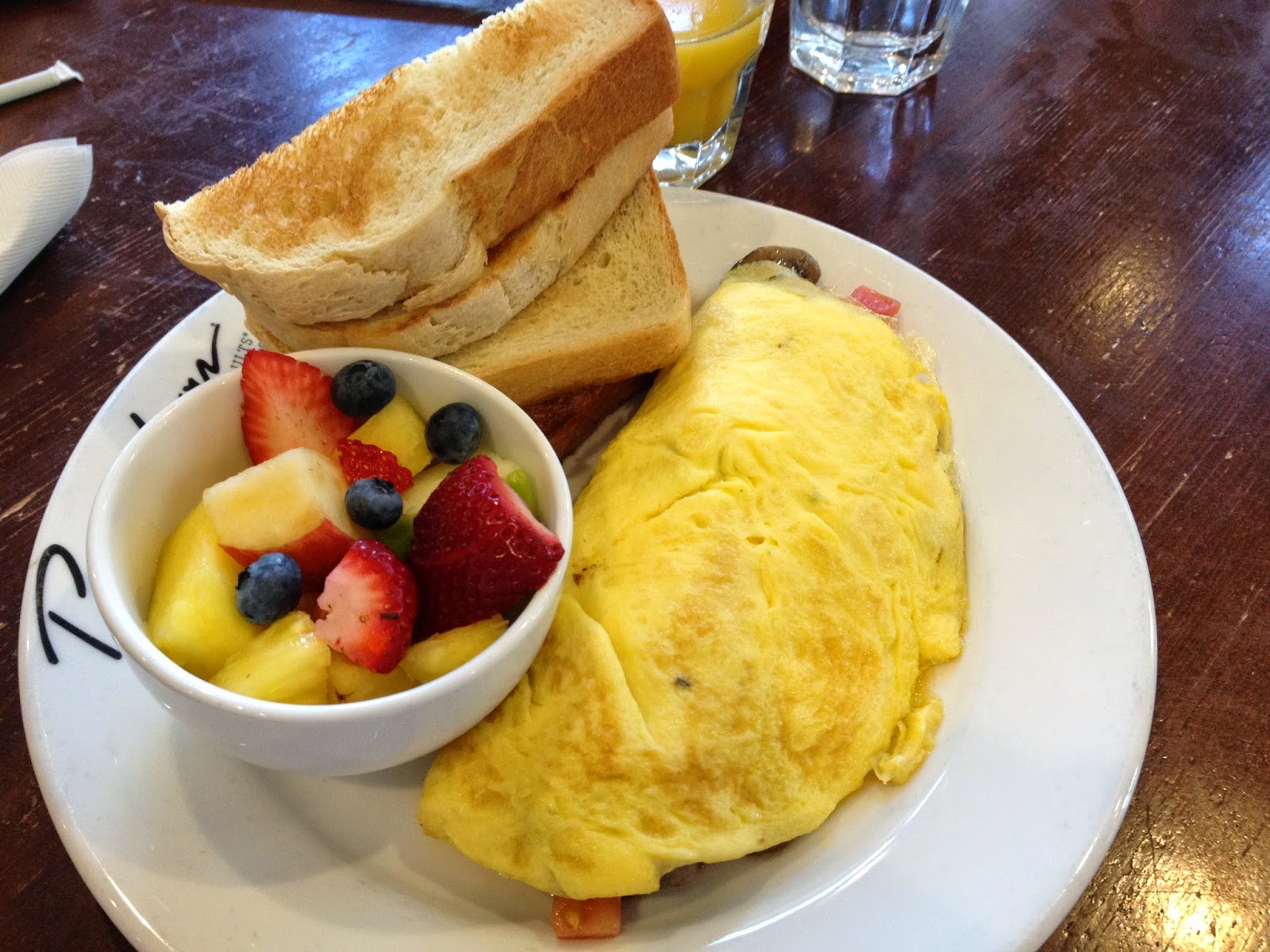 Hubby tried out a broken yolk sandwich, one of their specialties. Totally up his alley with a runny fried egg and loaded with meat on buttered toast. 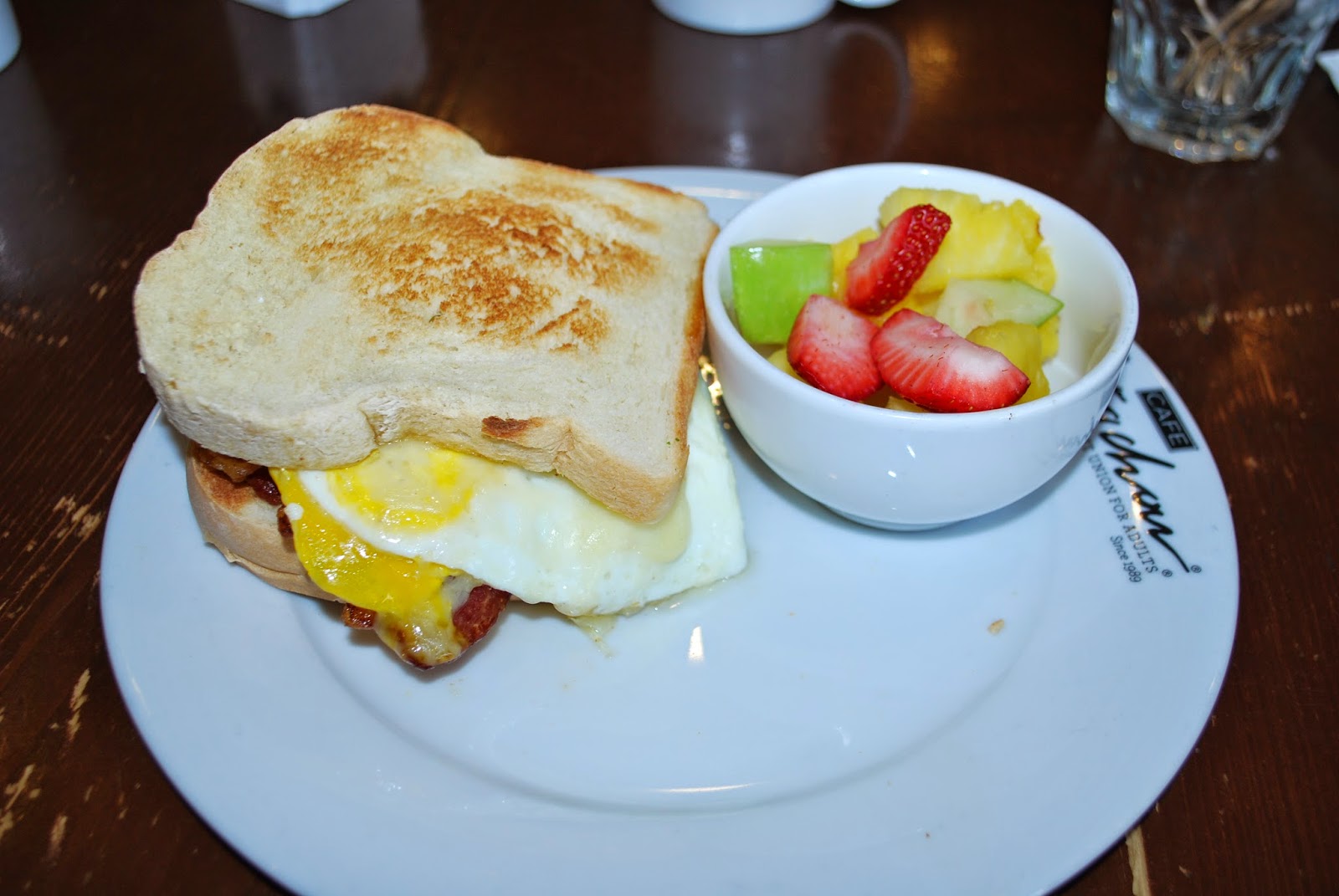 And one of the boys tried out the Cuban Breakfast, a plate of seasoned black beans and white rice with a fried egg, white cheddar and toped with avocado, sour cream and spinach-jalapeno sauce. Not the typical breakfast of a ten-year-old, but I love that he had an adventurous palate and he enjoyed the dish. 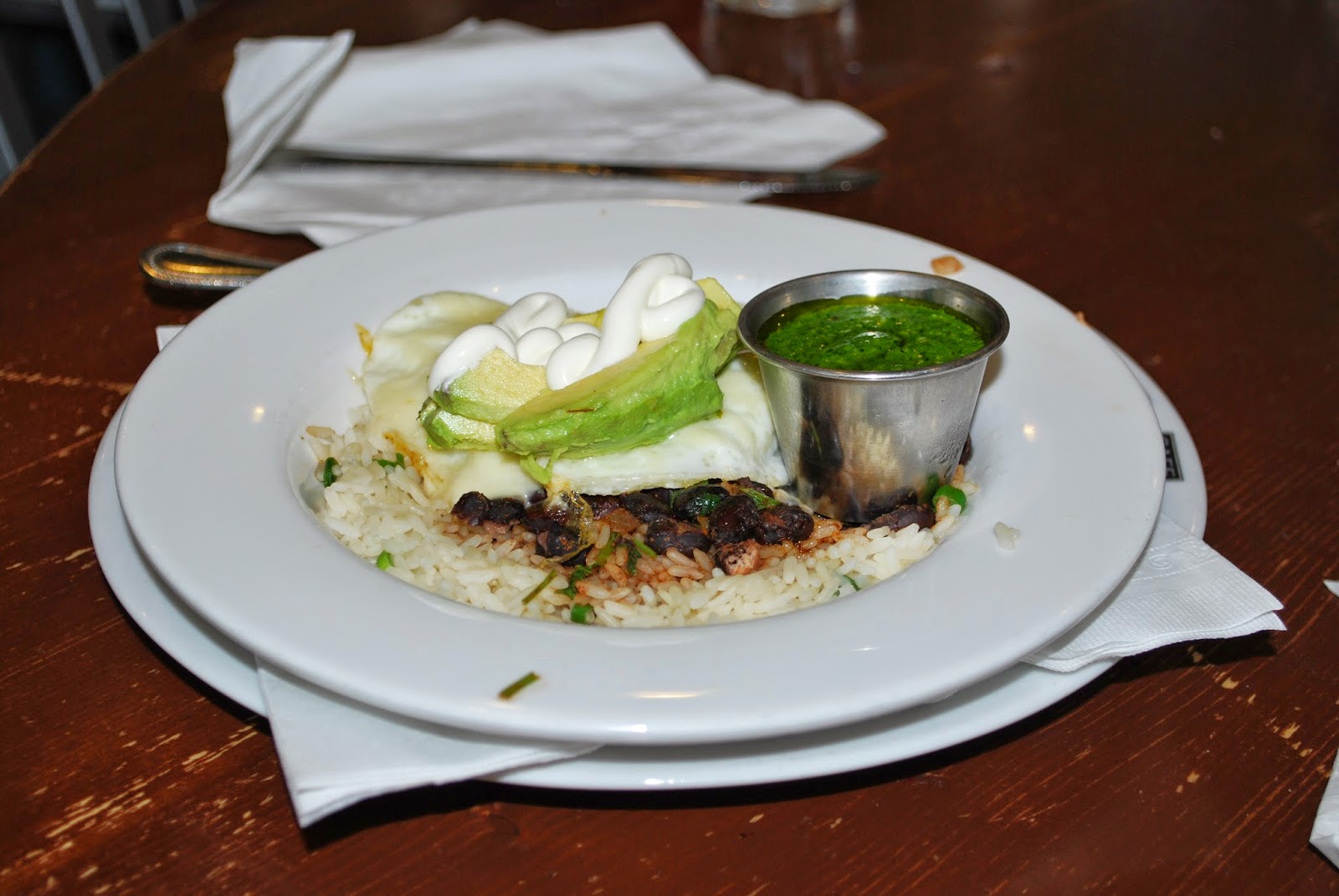 Visit the website for more on this innovative culinary company and other locations.