One big trend in the food world as of late is the bacon craze. We have all heard over and over how bacon makes everything better. We have a big Baconfest in Chicago coming up where all the bacon worshipers can get together and profess their love for this meaty addiction.

I was at a fundraiser last Friday at 115 Bourbon Street in Merrionette Park and towards the end of the night, there were boxes of pazki brought out. Well, we discovered that one box was not pazki, but MAPLE BACON LONG JOHNS!!!!!!!

It seems to be a love or hate kind of thing. My friend, Jo Ellyn tried a bite. She hated it. Our friend, Ryan, took a bite and went on and on about how good they were. Then I think he ate a second one. I tried a couple bites and while it was pretty darned good - if you like that kind of sweet/salty combo, I commented that I couldn't eat more than a couple bites. Ryan said, "Are you kidding? I could eat like four of these."

There were so many that our table was given a couple boxes to take home. Jo Ellyn, knowing I have five sons, passed over half a box to me. While waiting for the valet to bring our car around we stood outside the building with a crowd of others. A guy next to us asked, "Do you really have a box of pazkis?" "No, better!" said my husband and he opened the lid. "Is that bacon?" the guy asked as his eyes glazed over and his mouth hung open. I got one out of the box and handed in to him. He inhaled it in under 30 seconds. So, it definitely seems to be a good guy food.

I asked the event organizer where they came from and it was Dough Guys Bakery at 107th and Ridgeland in Chicago Ridge.

Although I've heard of a lot of crazy bacon products, I'd never seen this one. Then, the next morning, I stop in the Calumet Bakery on Torrence Ave. in Lansing and what do I see in the case? Yep, you betcha - MAPLE BACON LONG JOHNS! 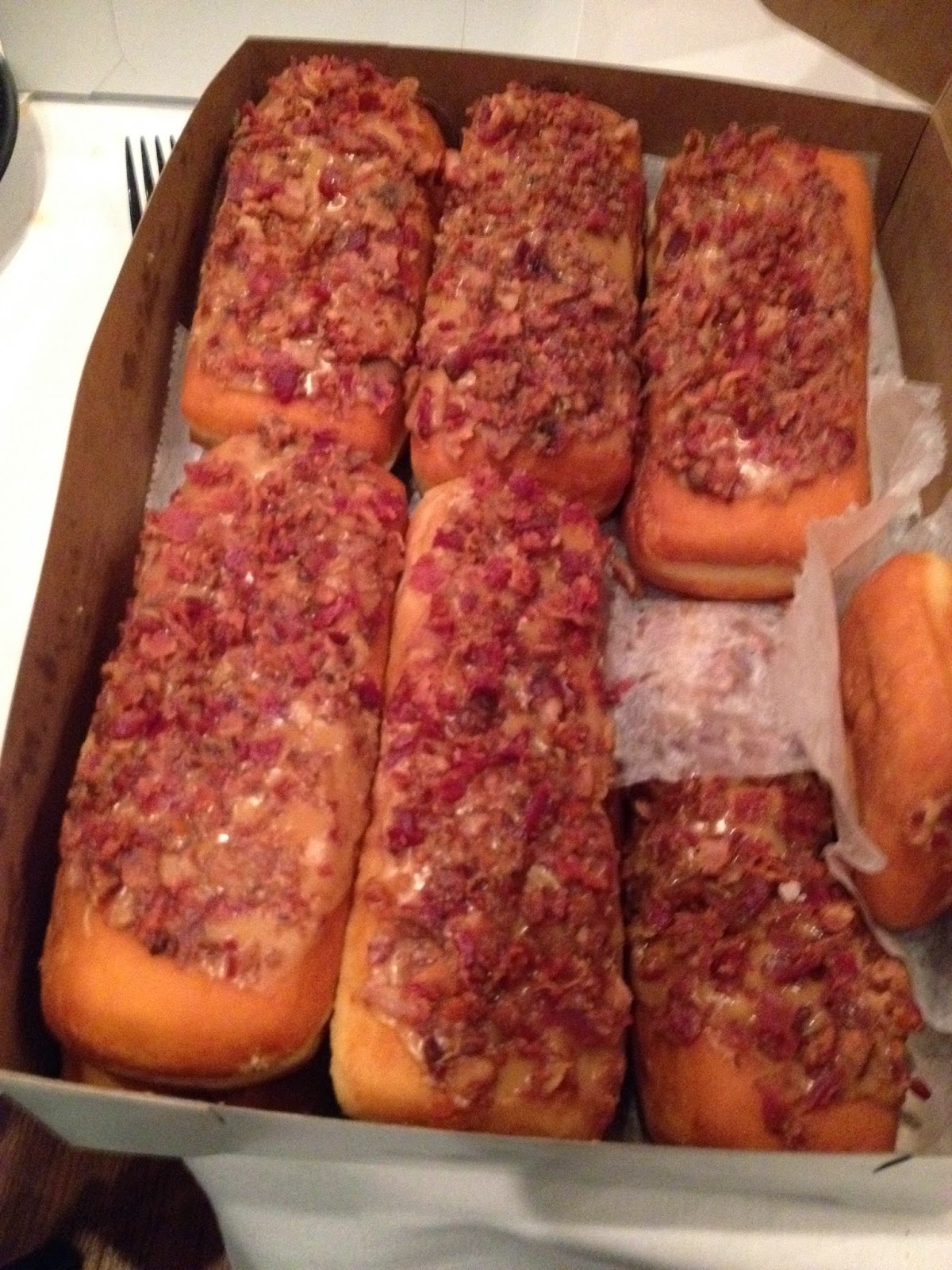