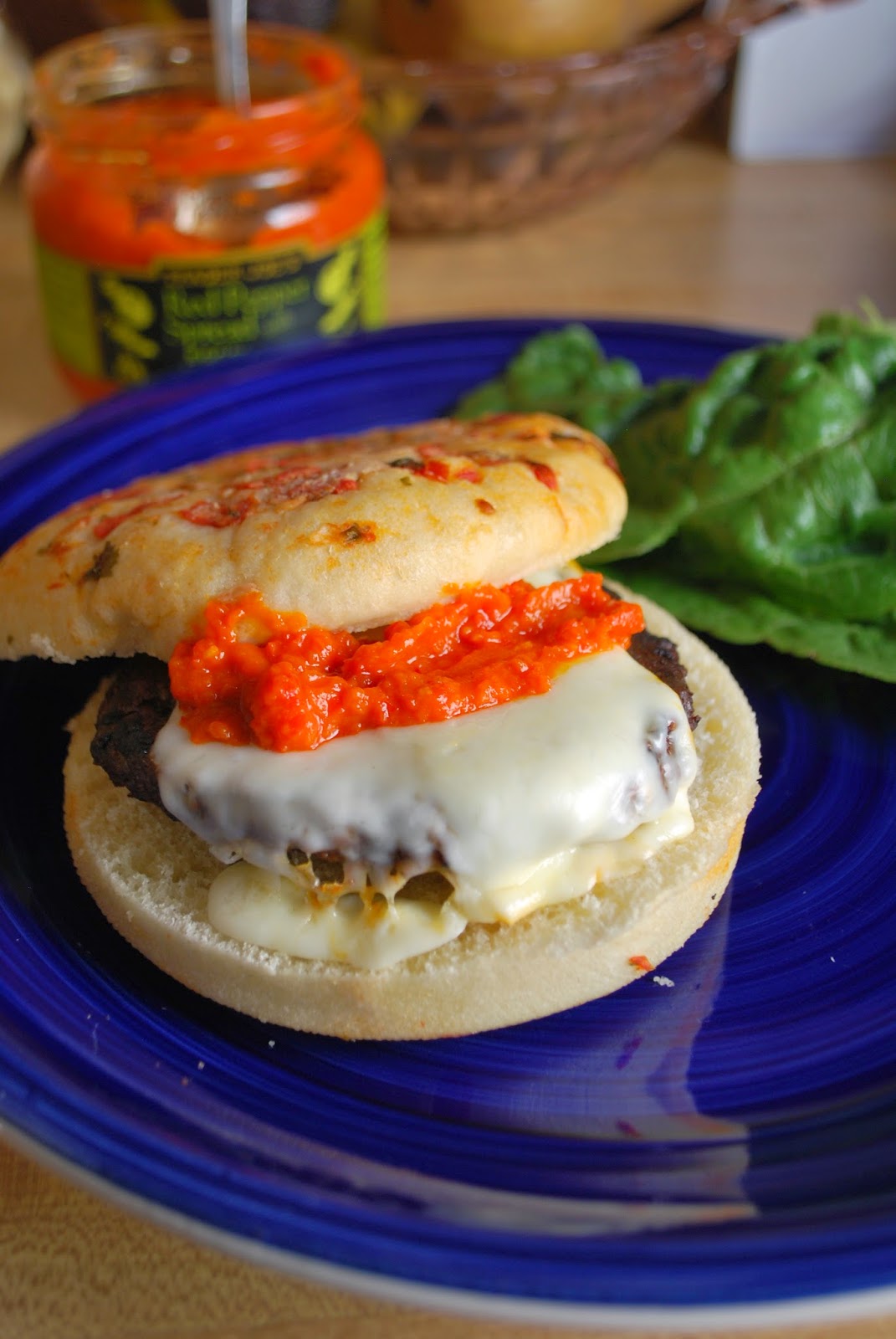 One afternoon last week, I had a couple hamburgers leftover from the day before that had been cooked on the grill. Instead of plopping it on a regular bun and adding a dab of ketchup, I decided to take it up on a notch. I warmed it up with a slice of Muenster chess on top and on top of that was a smear of Trader Joe's Red Pepper with Eggplant and Garlic Spread. It goes great on top of burgers and has a bit of kick to it. On top of that was some romaine lettuce. I happen to have a small round of foccacia bread that I'd just picked up at Produce Depot and that served as a bun. It was a great way to make what would have been a boring lunch seem a little more upscale. 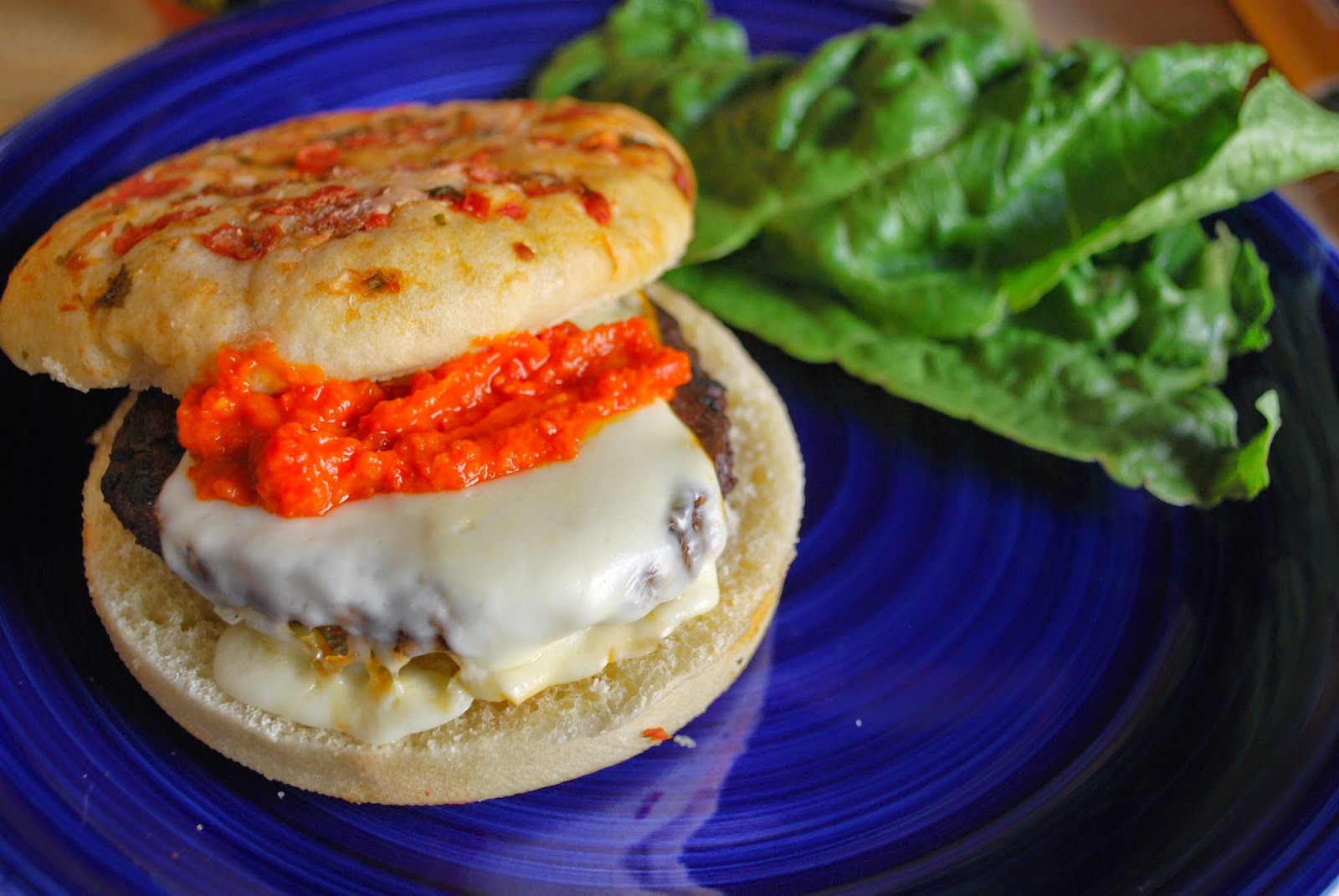 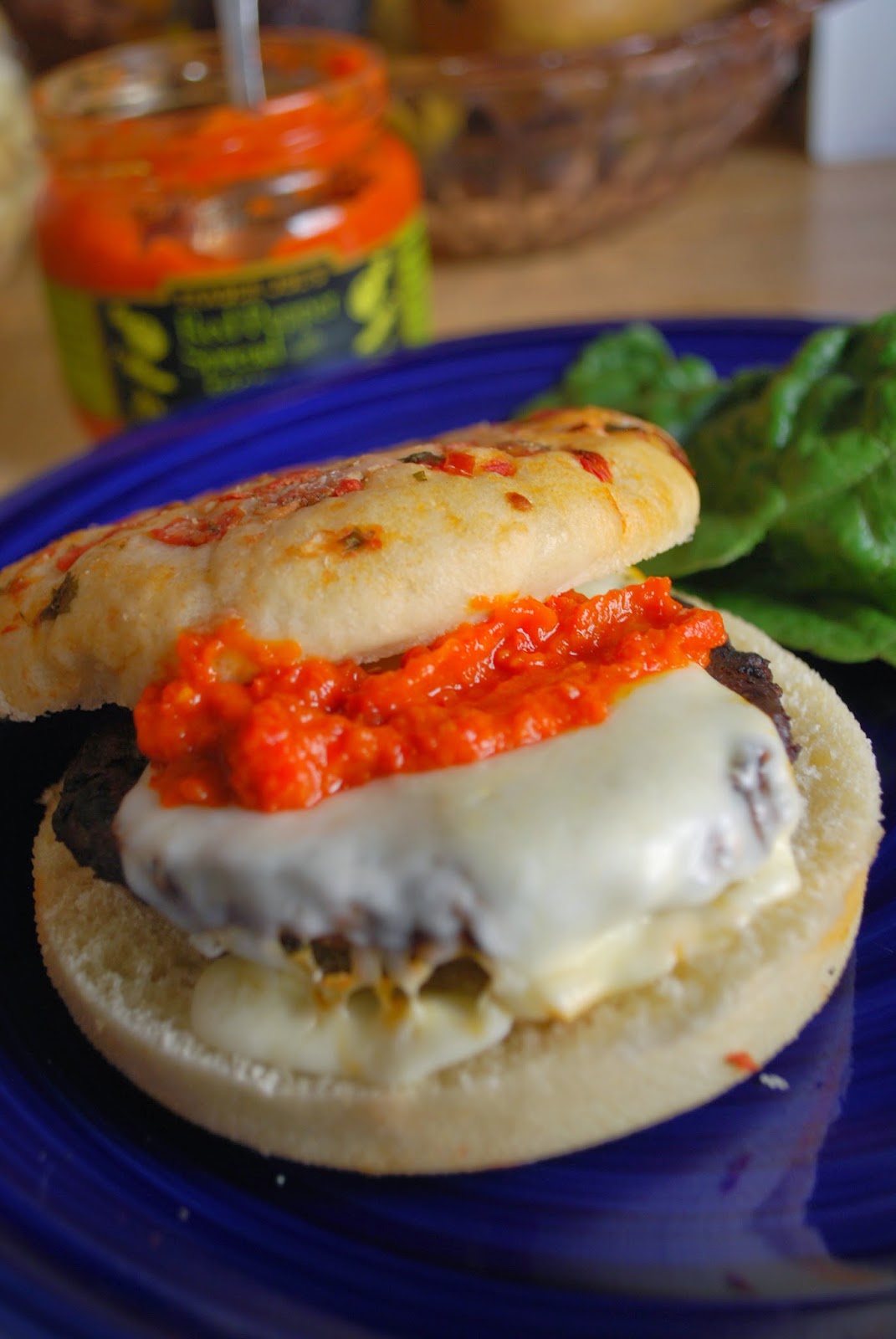 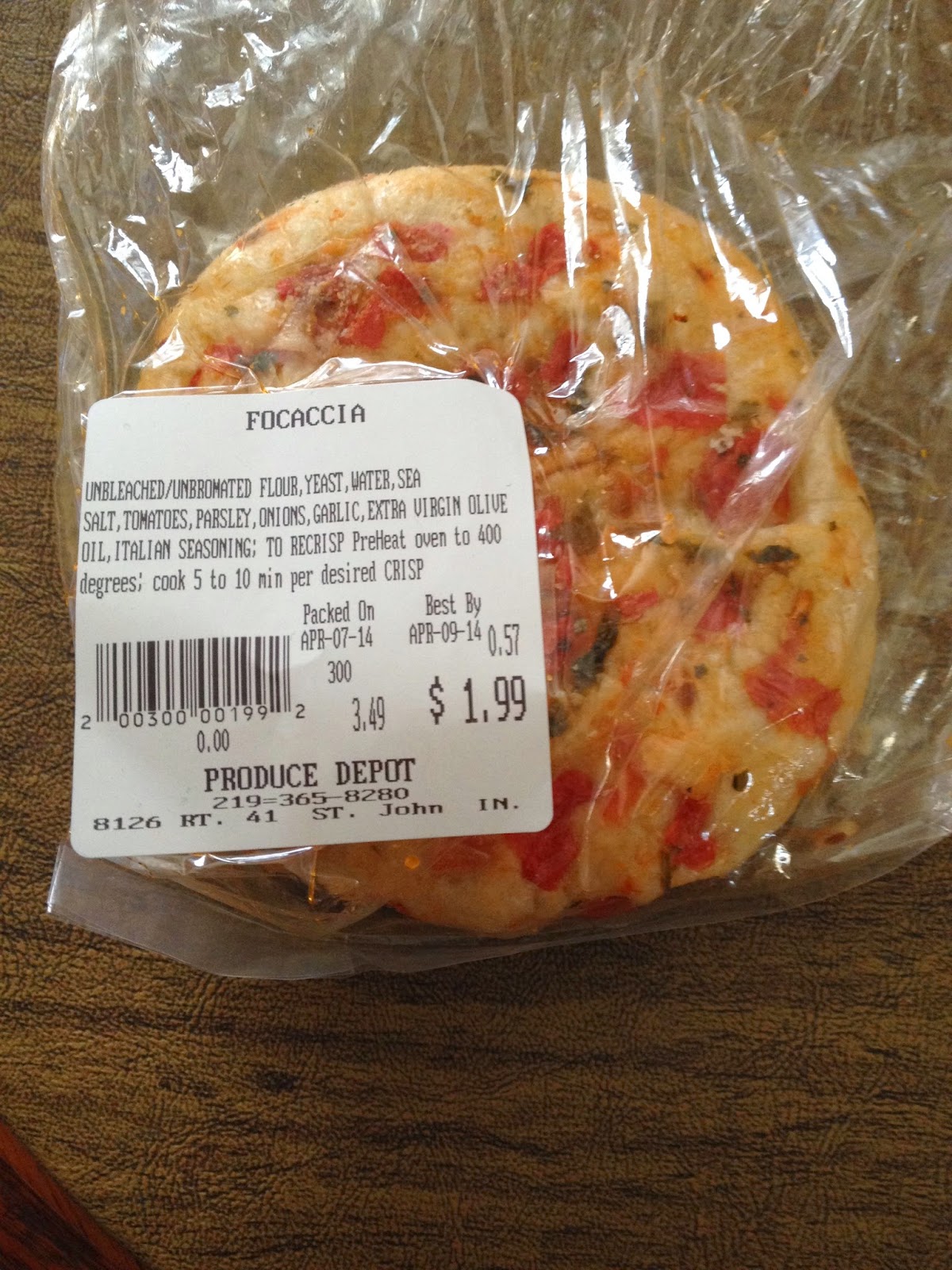 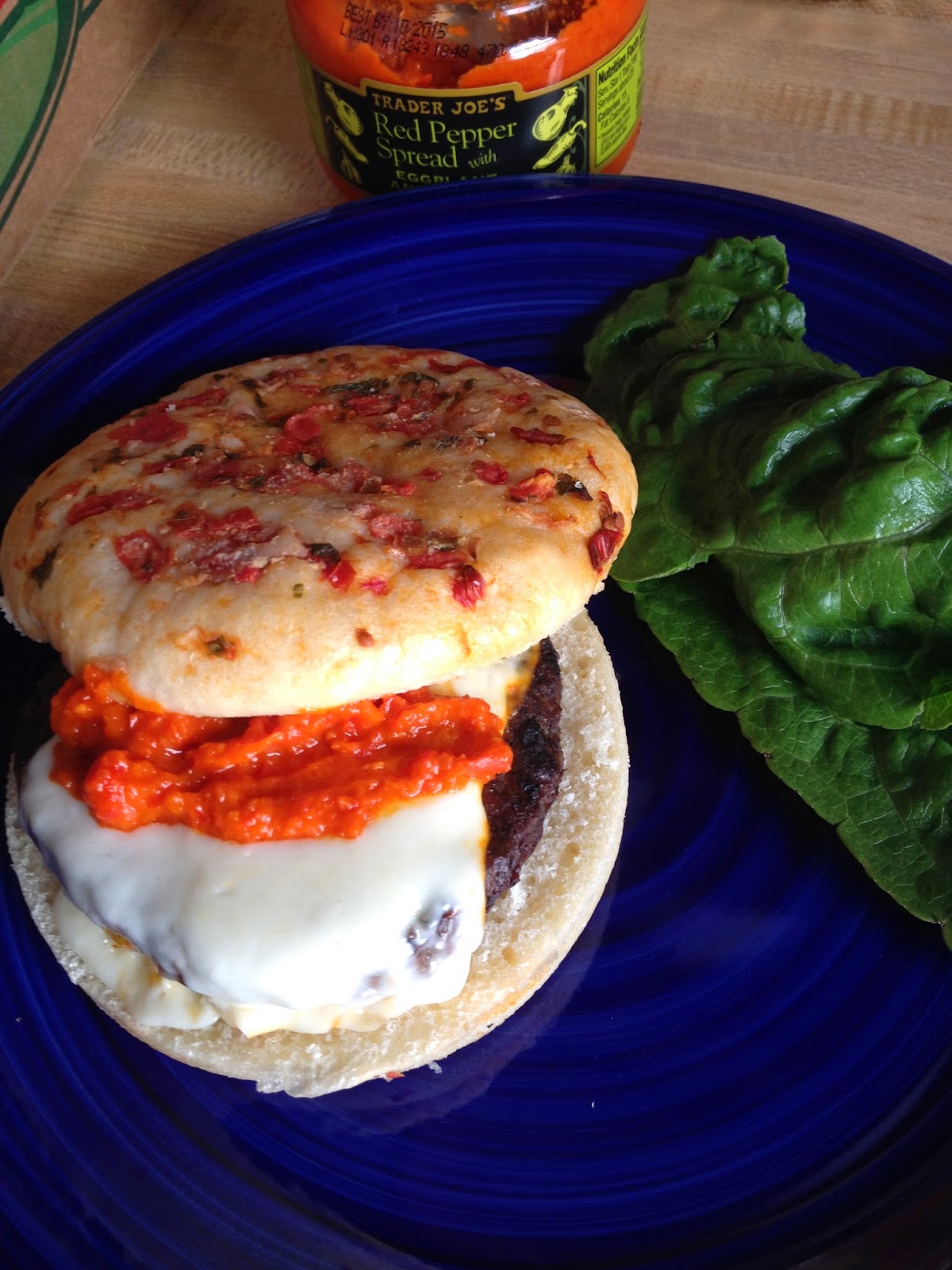 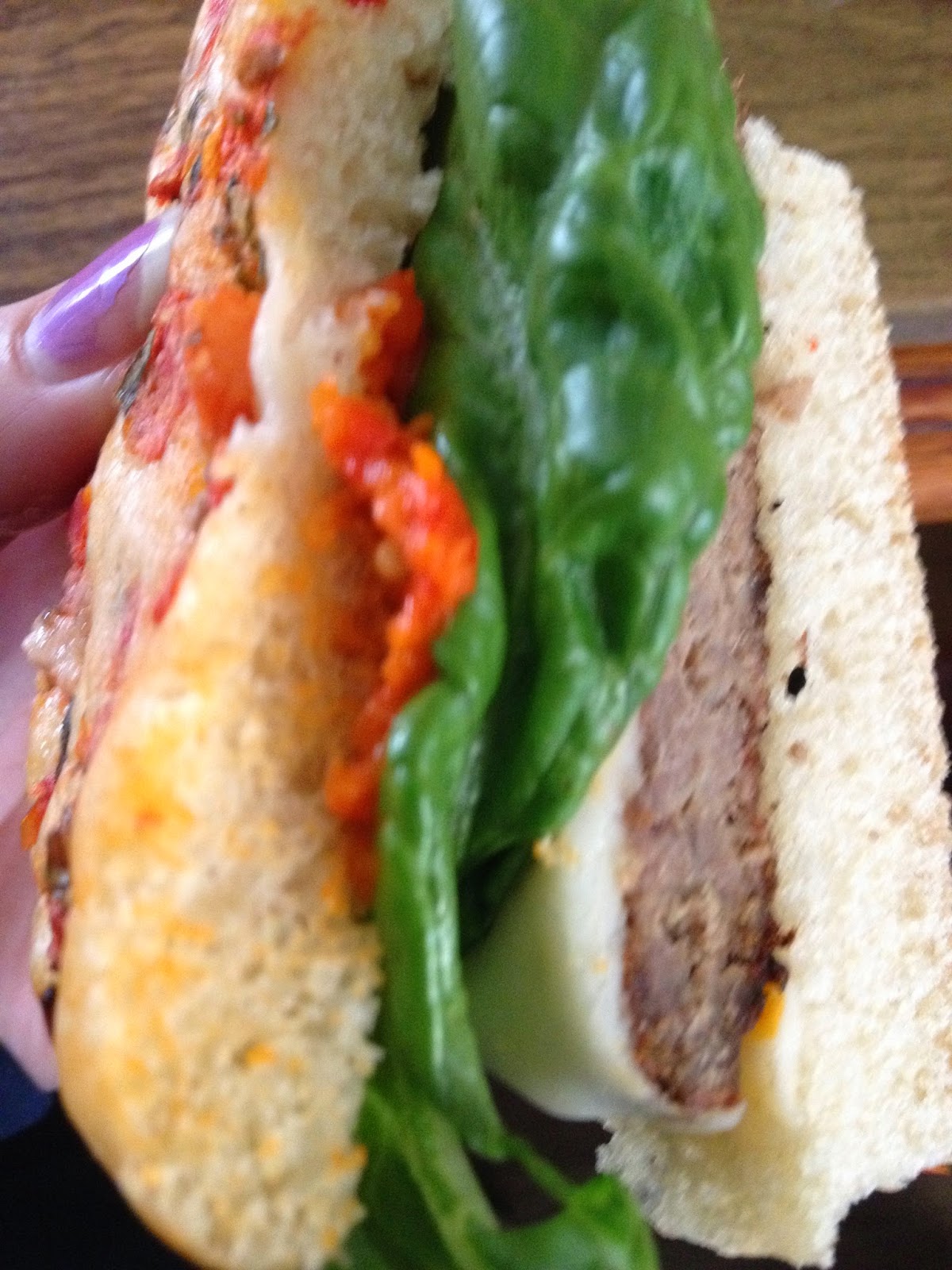