So, I've mentioned before that my hubby is in a beer club and I've been enjoying trying the variety of beers that he's getting. There are about a dozen co-workers of his that are part of the club, each week someone buys a microbrew for the bunch - one bottle each.

I'm finding that in trying different craft brews, wheat ales are one of the varieties I prefer. For some reason, I figured that it was made in Washington D.C. or at least a state capital because of the name. But, nope, it's made in Middleton, Wisconsin. A nice smooth brew, though...try it out if you get the chance. :) 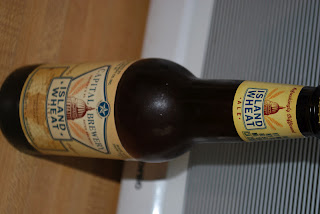 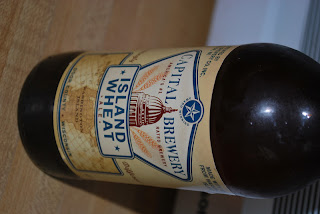