I took a drive this afternoon with my hubby and four of the boys. We headed out to Calumet Fisheries for lunch and spent a day that was very much a blast from the past. First we stopped for shrimp at the 95th street bridge. It's the bridge that Jake and Elwood jumped over in the movie the Blues Brothers, one of a string of classic 80's movies that was filmed in Chicago. After watching some clips this past week, my husband was reminded of the shack there where we would often stop in high school for some shrimp that we'd go enjoy by the lake.

After our stop for lunch, we went straight over the bridge and into Calumet Park, where we ate lunch and just relaxed along Lake Michigan. As we were finishing up, up rode this gentleman on his bike/ice cream cart and how could I resist? He called the treat ice cream, but it wasn't really ice cream at all. A friend told me that in Hispanic cultures, it's usually referred to as raspa. The side of the cart read "ricas nieves." It was similar to Italian ice - different than an icee or a slushie (it wasn't that thin) and different than a snowcone (the flavoring didn't sink to the bottom and was spread throughout), but it wasn't as solid as ice cream, although it did almost taste like there was milk it in, maybe, because it was a little creamy. So, call it what you'd like. I'll just call it delicious. A rose by any other name smells just as sweet, right?. A frozen treat by any name is just as sweet. And this day was as sweet as they come! 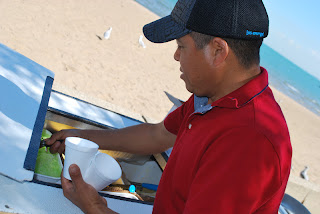 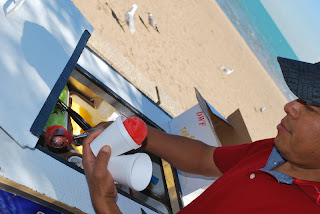 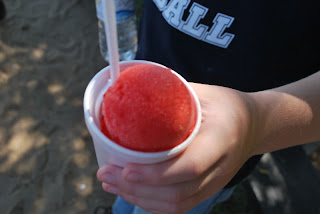 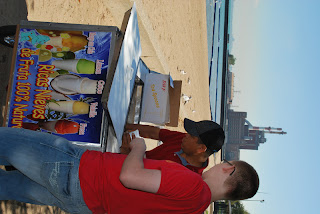 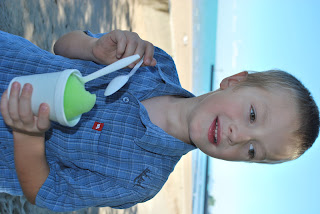 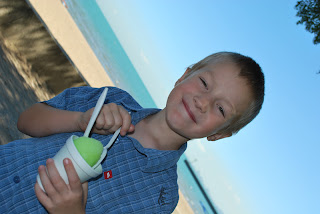 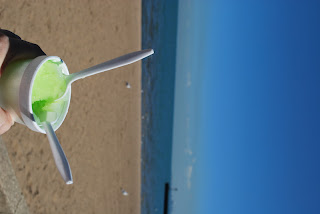