Artisan has been the buzzword in the food world as of late. In the past couple years, I’ve purchased artisan cheeses. I’ve gotten goodies from an artisan bakery. I even found artisan lettuce at a local grocery store.

According to good old Mr. Webster, an artisan is “a worker who practices a trade or handicraft” or “one that produces something (as cheese or wine) in limited quantities often using traditional methods.” I’m sure that in the trend toward artisan products, the term is misused in some cases by larger manufacturers in an attempt to boost sales, but to me a true artisan is a combination of the two definitions as an artist at their work who takes great pride in displaying their expertise in a product that could not be replicated as well by a large manufacturer. It’s going back to the way things used to be done – by hand and naturally. At least that’s how I see it when it comes to food. And I’m glad to see the renewed respect and appreciation of farmers and local growers in our country that has accompanied the Artisan movement. Consumers seem to be rebelling against anything mass produced and big box and those that it starts with – the farmers – are reaping the benefits. My favorite part of summer is visiting farmers markets or hitting roadside stands and small shops for homemade jams. I consider each item truly a piece of consumable art.

So, since we hear the word “Artisan” so often these days, there may be a tendency to overlook it as just another trend that will soon pass. Me? I’m drawn to anything artisan because I expect it to be the best of quality and not something commonly found. And that’s definitely what I experienced at the Artisan Table, a new eatery inside the Chicago Marriott Naperville, which just opened in April.

Chef Sean Patrick Curry’s interpretation of the Artisan translated into an array of creative dishes and I was lucky enough to be able to sample some of them at a recent media dinner event. Also in attendance were several of their vendors - the cheesemaker, the cattle farmers who raise local beef, the beekeeper who maintains the rooftop beehives at the hotel. It was different from any other media dinner I've attended and was so interesting to get to meet some of the people behind the meal we enjoyed that evening.

I took way too many photos to share in one post, but I'll whet you're appetite with some shots of these tastes we got during the cocktail reception. I tried as best as I could to pace myself knowing there was a full meal ahead, but I couldn't resist trying at least a bite or two of most of the offerings. 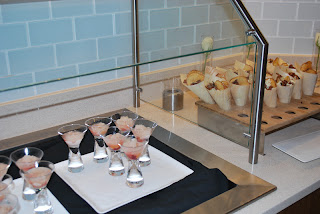 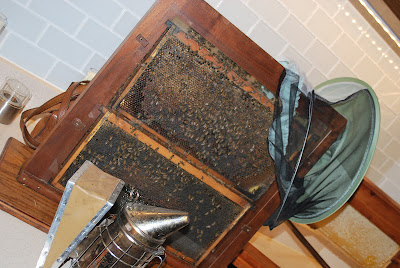 And lots of goodies... 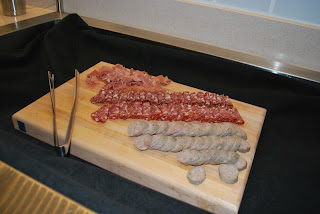 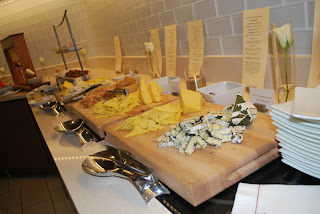 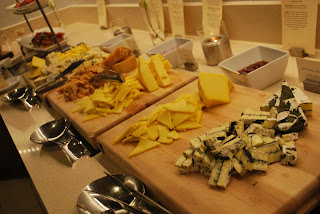 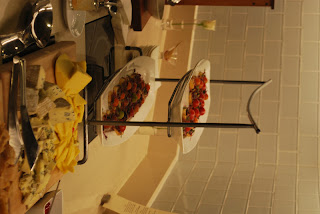 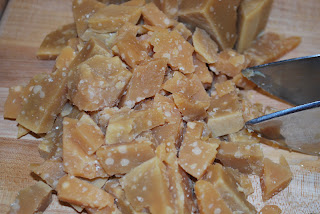 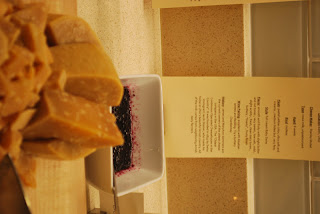 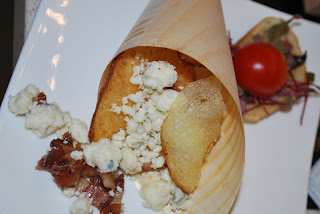 These chips with bleu cheese and bacon were AWESOME! 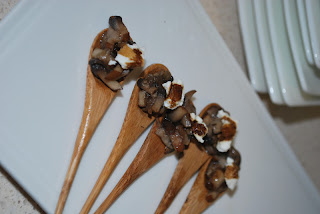 I was totally going to pass on the station with hot mini sandwiches because I wanted to save room for later, but the staff twisted my arm and I am so glad they did. Chef Curry said that each was inspired by his childhood...a grilled cheese, a Philly steak and a fried bologna. 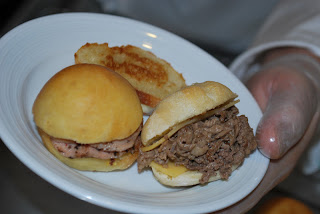 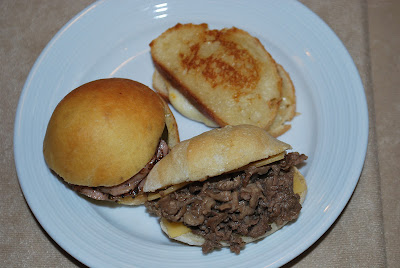 I'll post more soon on some of the other dishes and beverages we enjoyed that night - which included Amish free range chicken, local microbrewed beer and delectable desserts, like a whoopie pie flight. In the meantime, consider the Artisan Table for a weekday business lunch, dinner with friends or relaxing Friday night for a taste of not just artfully prepared dishes, but ones that support local growers and farmers.