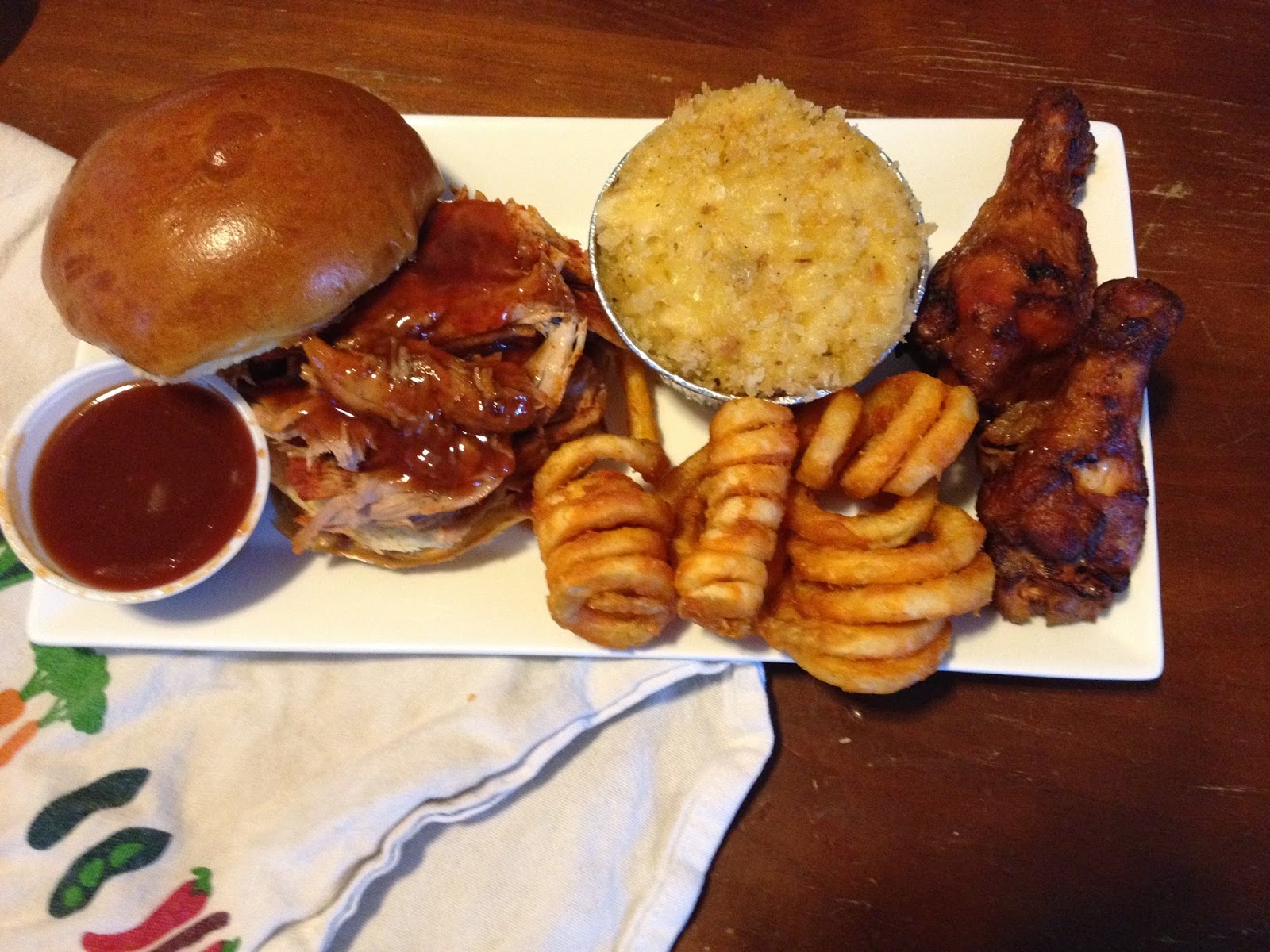 I've gotten several recommendations in recent months for Bombers BBQ and it has been on my list of places to try for some time, so today as I made a stop right across the street for gas at lunchtime with my youngest, who had an early dismissal from school, I figured I'd grab some carry-out and give it a try.

Walking in, I immediately loved the vibe of the place, which has a small dining room area. Don't know why, but for some reason I expected a carry-out only. I regretted my decision to grab carryout, but my son was anxious to get home and get to important stuff, like, you know - video games. So, his patience was wearing thin. I'll have to make a stop there soon for a relaxing lunch where I can be seated and maybe even enjoy a tasty beverage -- I was surprised and excited to see that they carry over 40 craft beers!

I was a little overwhelmed as I went to order because there are so many choices -- from the classic pulled pork and brisket to burnt ends, shrimp, lake perch, chicken wing, ribs, rib tips, calamari. I settled on a pound of pulled pork and I ordered some buns separately. I asked how many sandwiches it would make and was told 3 big sandwiches, but could easily make four medium size sandwiches. We made four sizable sandwiches and I could have easily made two more for the kids. I packed up the sauce to go - they gave me a large container - and I saw five to choose from. I tried three and my favorite was the sweet sauce, which was full of flavor without the burning kick you sometimes get with a barbecue sauce.

I neglected to get pictures inside since I was hungry and in a hurry. I'll get some shots on the next visit. The staff was friendly. The menu was creatively scrawled on chalkboards above the counter. It felt more like I was in Chicago than I'd just stepped off Ridge Road in northwest Indiana.

Along with the pulled pork, I ordered a few chicken wings for hubby since they were on special for 75 cents each, an order of curly fries and the premium side for the day was the mac and cheese, which had a nice bread crumb crust on top and was phenomenal.

I was also pleased to see that there's a kid menu, so if I'm running errands with the kids it's a nice alternative to a fast food drive through for the same price or less - just $4 for an entree, side and a drink.

I took a peek on the Facebook page after the visit and saw that they run exclusive specials that you'll find only there - like buy one pound, get one pound free. What a deal! I also read on their FB page that they smoke everything daily and never use day-old product. That means that as the day goes on, they could run out of something. It also means they might have an overabundance and run a good deal. So, keep your eyes on that page!

So, here's a peek at what I tried out. I'm very much looking forward to the next visit. 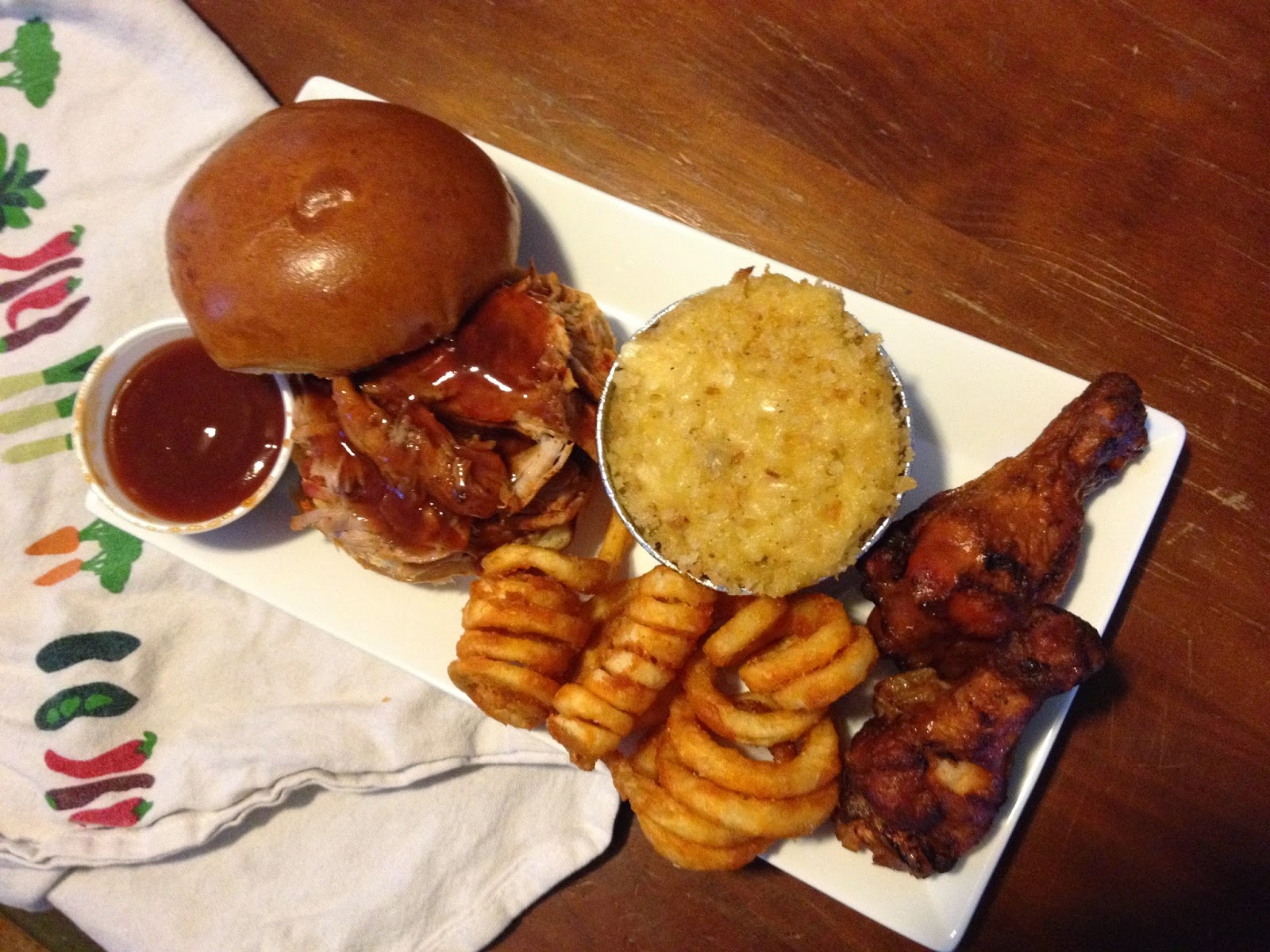 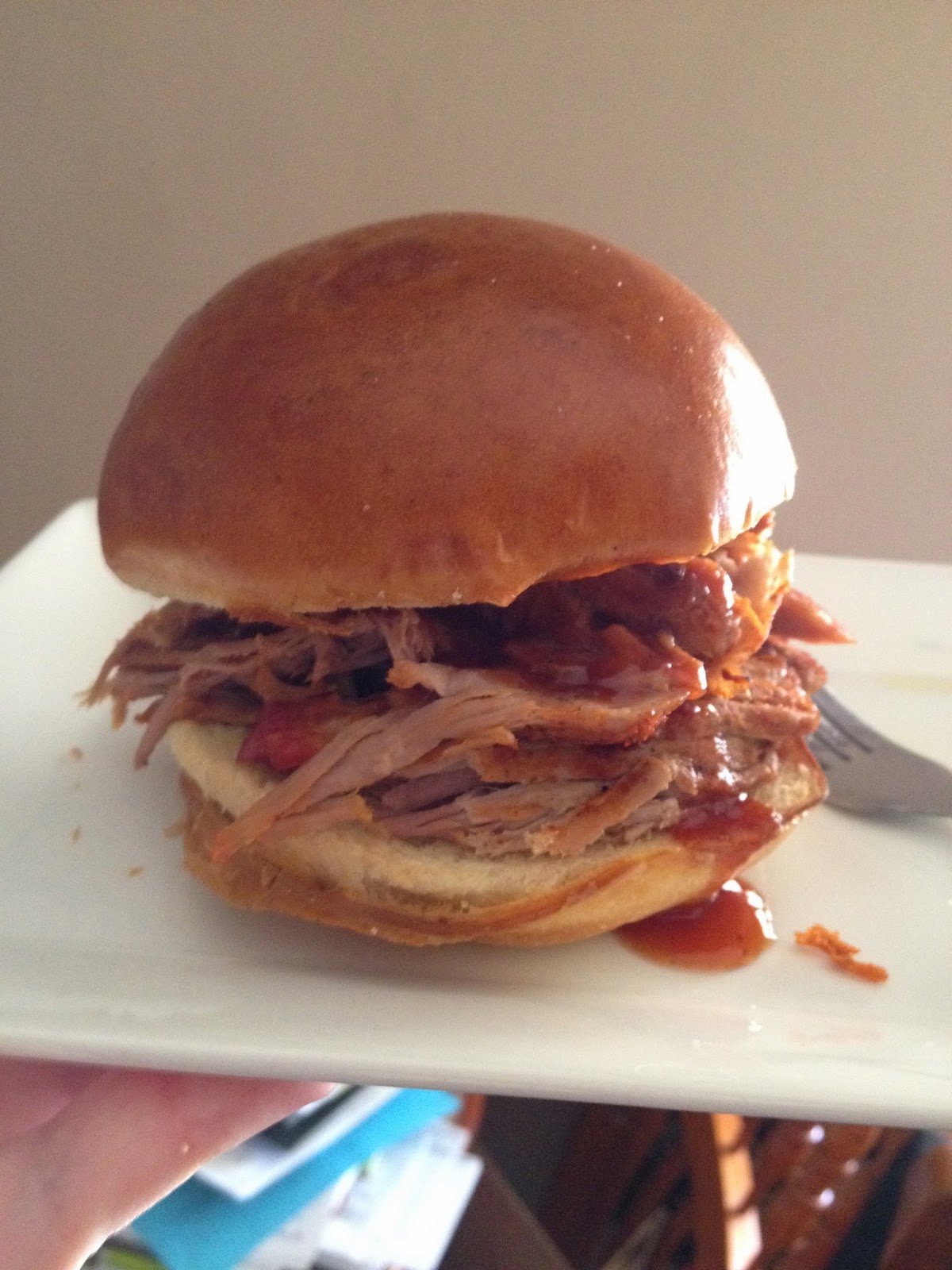