Some people are wine drinkers. Some are beer drinkers. Some are whiskey people...or rum or vodka or gin or bourbon. I like to consider myself a well-rounded drinker who has come to appreciate each on its own merit and the process that goes into producing it.

With a father-in-law who grew up in Germany, imported brews were almost always around at family gatherings and I came to prefer German beers and those that had a similar taste - Hofbrau, Dab, Spaten, Heineken, St. Pauli Girl, Hacker Pshorr. While I still hold a fondness for the brews of his homeland, I've come to really like Belgian beers and it's nice to always have the fallback of Blue Moon at just about any bar or restaurant, which is Belgian-style and just so nice and crisp with a wedge or orange.

I first sampled Leffe Blonde at Chicago Gourmet and really liked it, so when I spotted it at Binny's recently, I had to grab a six-pack.

In the Midwest, where you're hard pressed to find any structure that dates back before the 1850's, Leffe actually dates back to 1240 and is still produced on the same grounds (although is a different reconstructed abbey), which makes me love it even more.

Anyway, if you're a fan of Belgian-style beers, be sure to try out one of the originals. I found mine in the refrigerated section at Binny's at $9.99 a six pack. 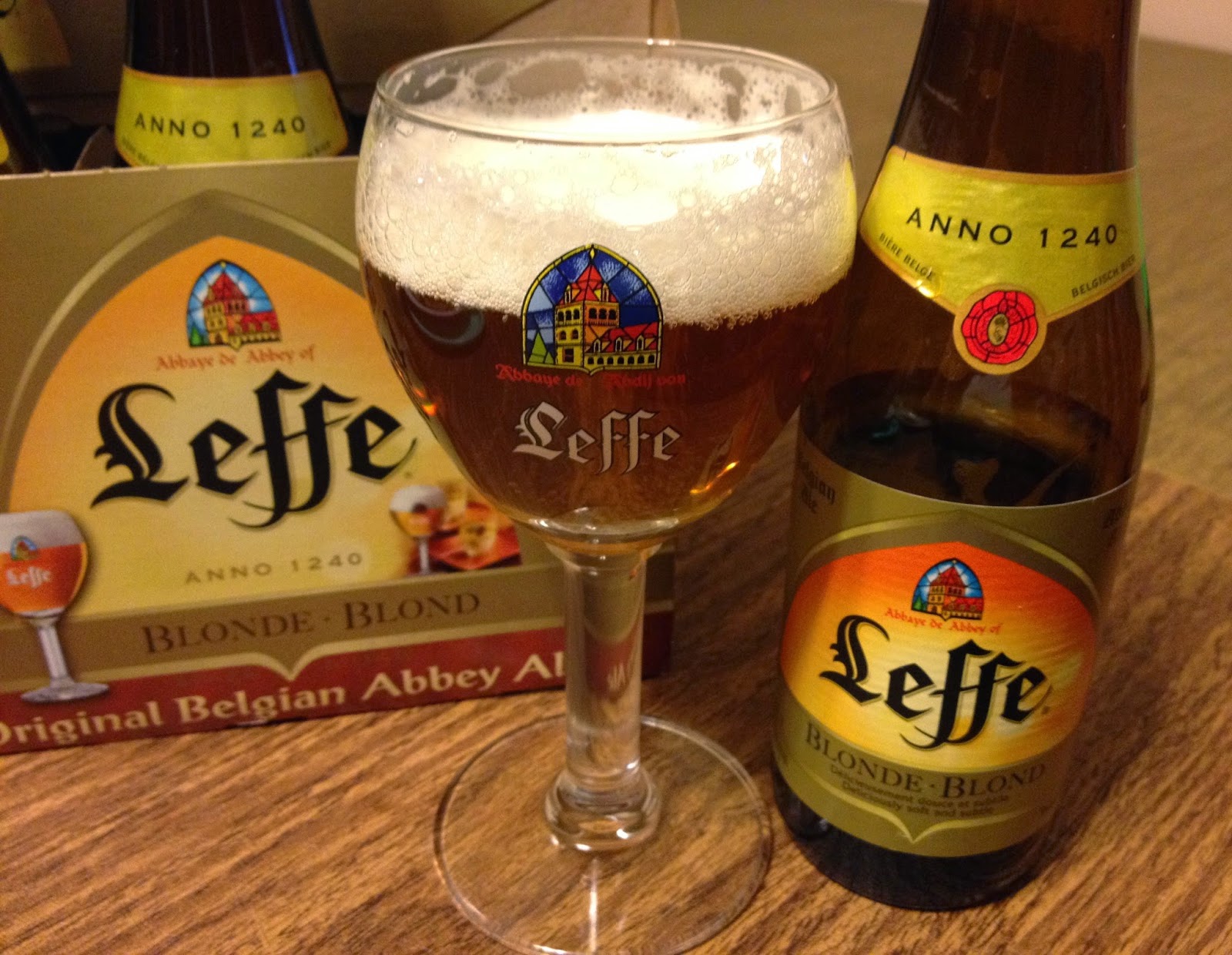