I had an opportunity this week to head to a media preview of the upcoming Blue Chip Brewfest, a hugely popular event now in its 5th year that draws thousands for an afternoon of tasting more that 250 craft brews. I also had the advantage of getting to try some specially prepared food pairings along with each brew. 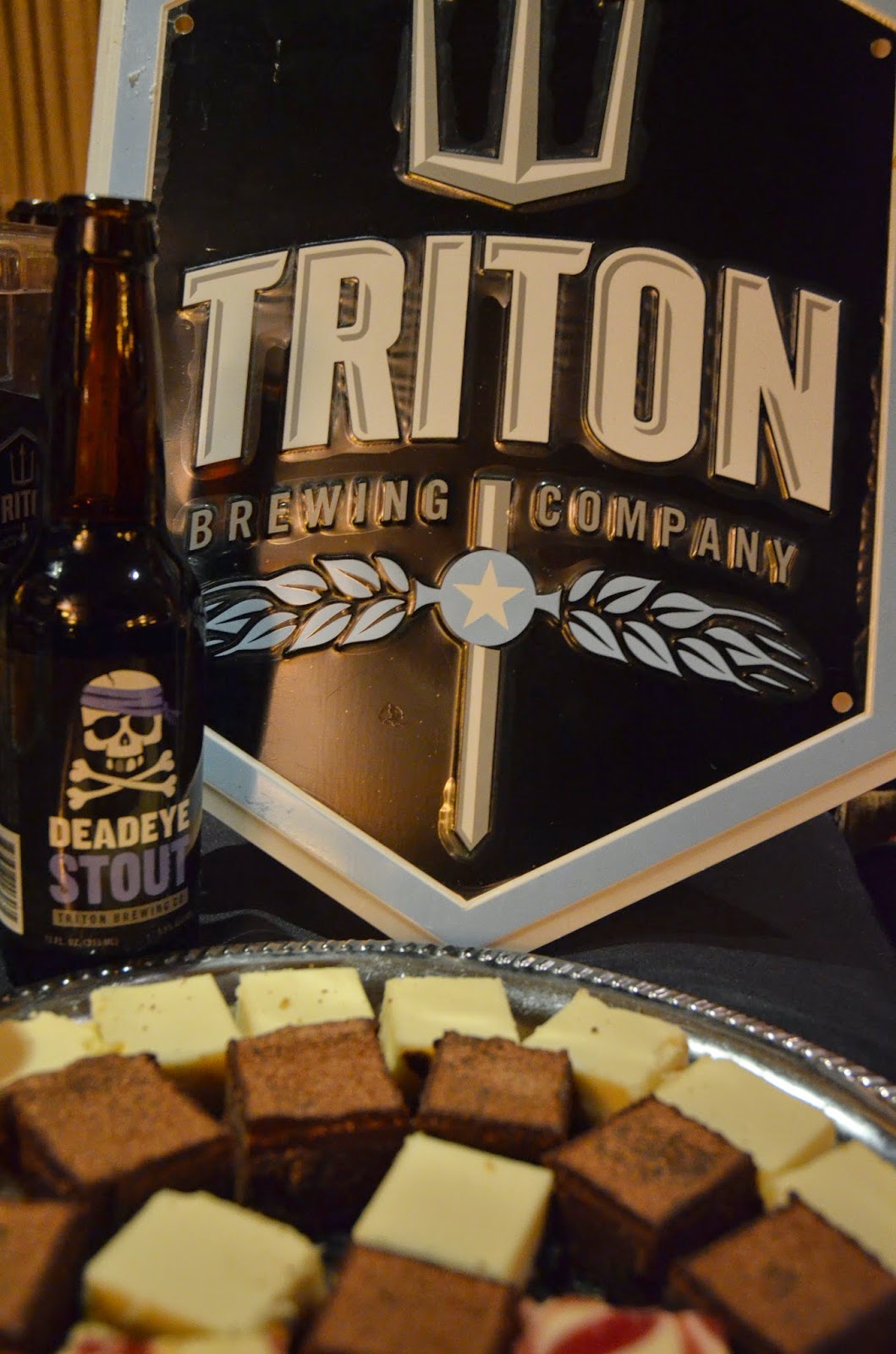 The first brewery I stopped to visit was Triton Brewery out of Indianapolis, which opened in 2011. I chatted with Mike, their director of sales for a few minutes about the brewery and what was being sampled. I love the local connection with the names of their brews, which are explained on the cardboard carriers. Deadeye Stout comes from the Deadeye Dick character in a 1982 novel by Indianapolis author Kurt Vonnegut  Hatch Blower comes from a label given to Indiana astronaut Gus Grissom, who died in a tragic pre-launch fire in 1967.

The Hatch Blower IPA was paired with boneless buffalo wings. My palate has become more steadily embracing IPAs and this was one that was not overly intense for me - more a middle ground variety I would say and what could be better with it than buffalo wings? Very good combo.

I've become a big stout fan as I've tried more at various tastings and fests. Perhaps they speak to me because as a chocoholic I love the chocolate undertones so common in stouts. With hints of chocolate and coffee, some stouts can almost taste like dessert and so it was fitting that the Deadeye Stout was paired up with some mini cheesecake and dense chocolate cake bites. Perfect pairing. Triton plans to feature five beers at the Blue Chip Brewfest.

Tours are available of their 10,000 square foot brewing facility by appointment on Wednesdays and Saturdays. Visit tritonbrewing.com for more information.

I'll have more on the Blue Chip Brewfest on the blog in the coming days. For tickets, visit http://www.bluechipcasino.com/whats-new/events/brewfest. 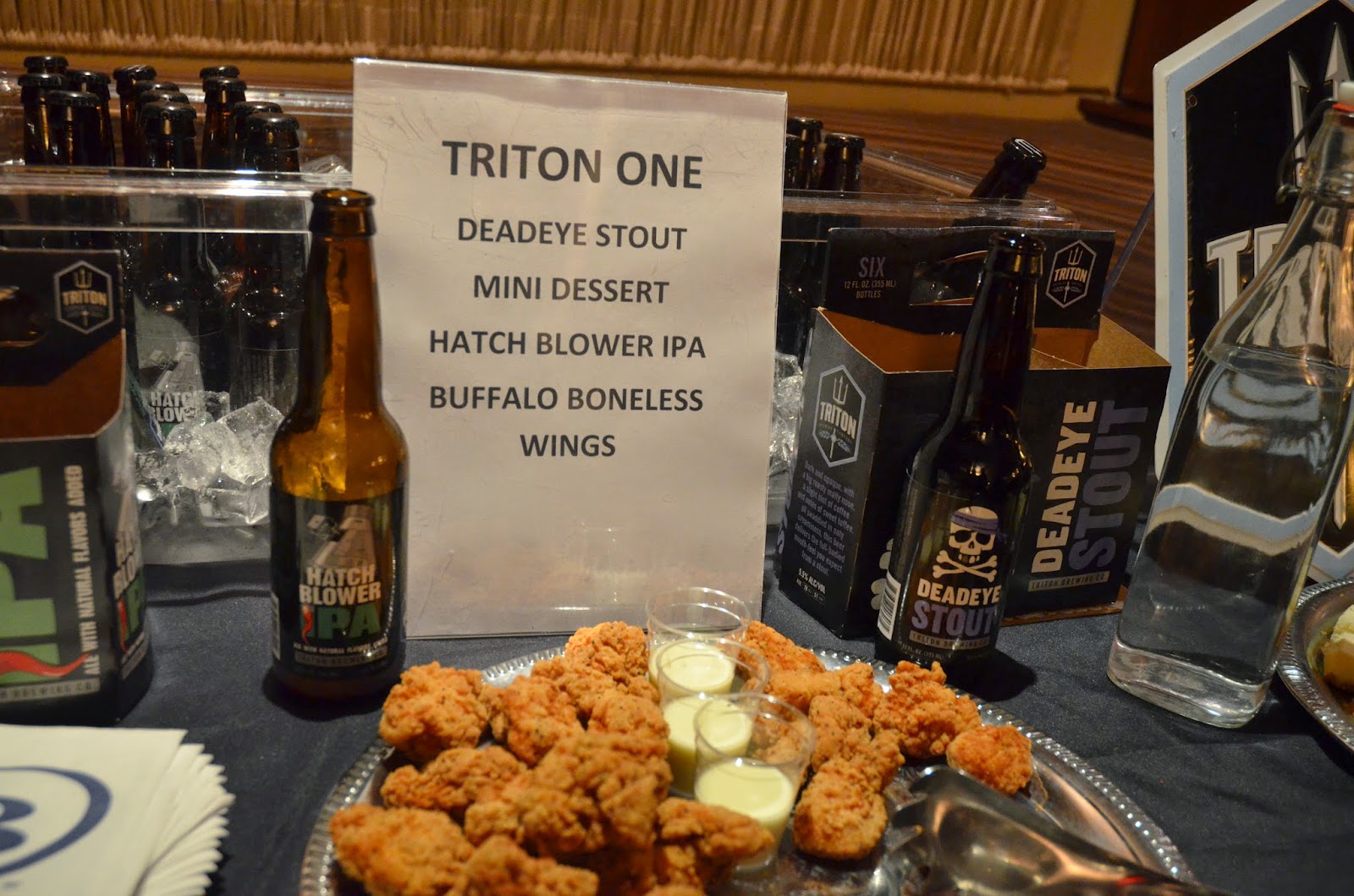 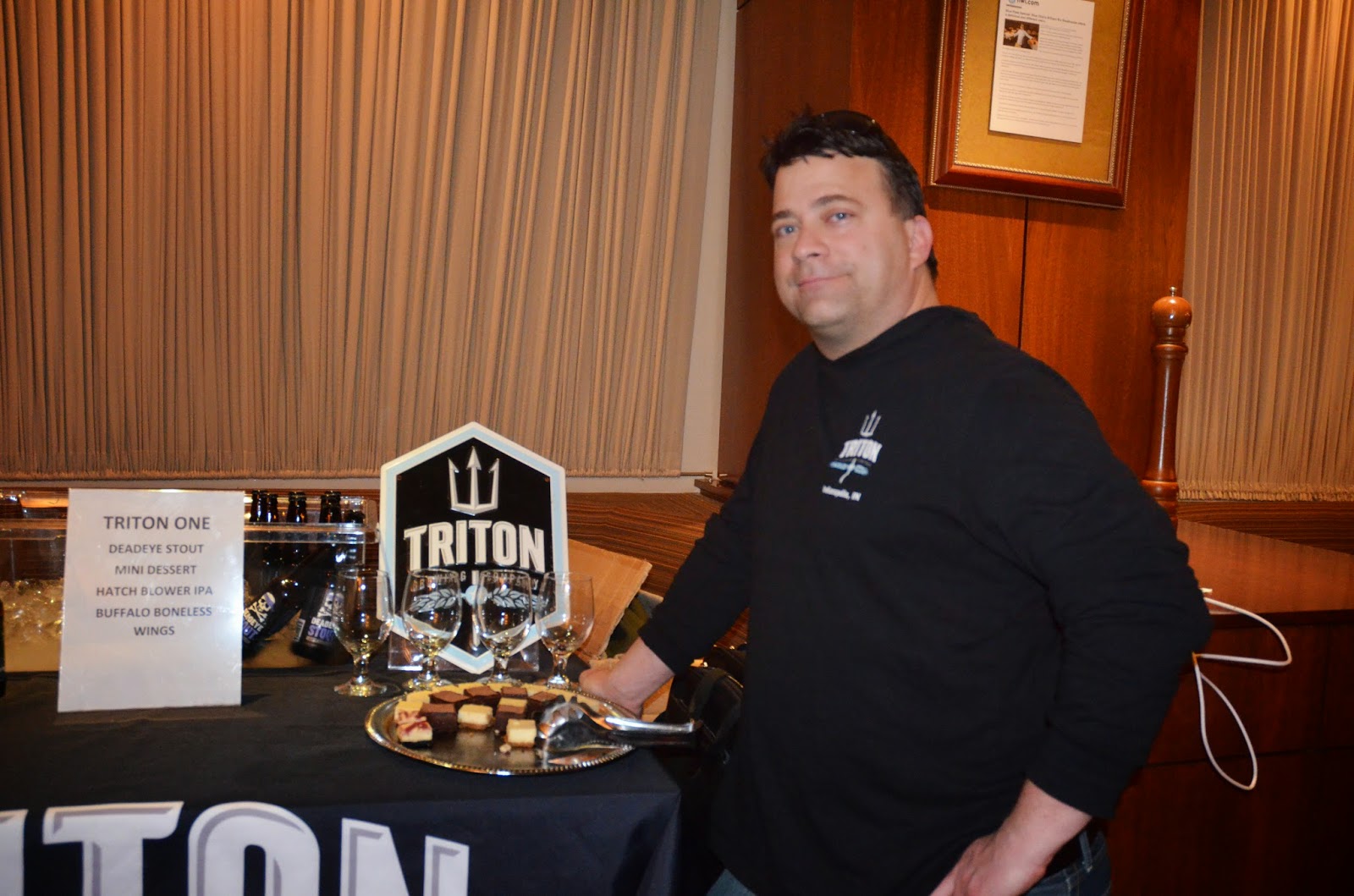 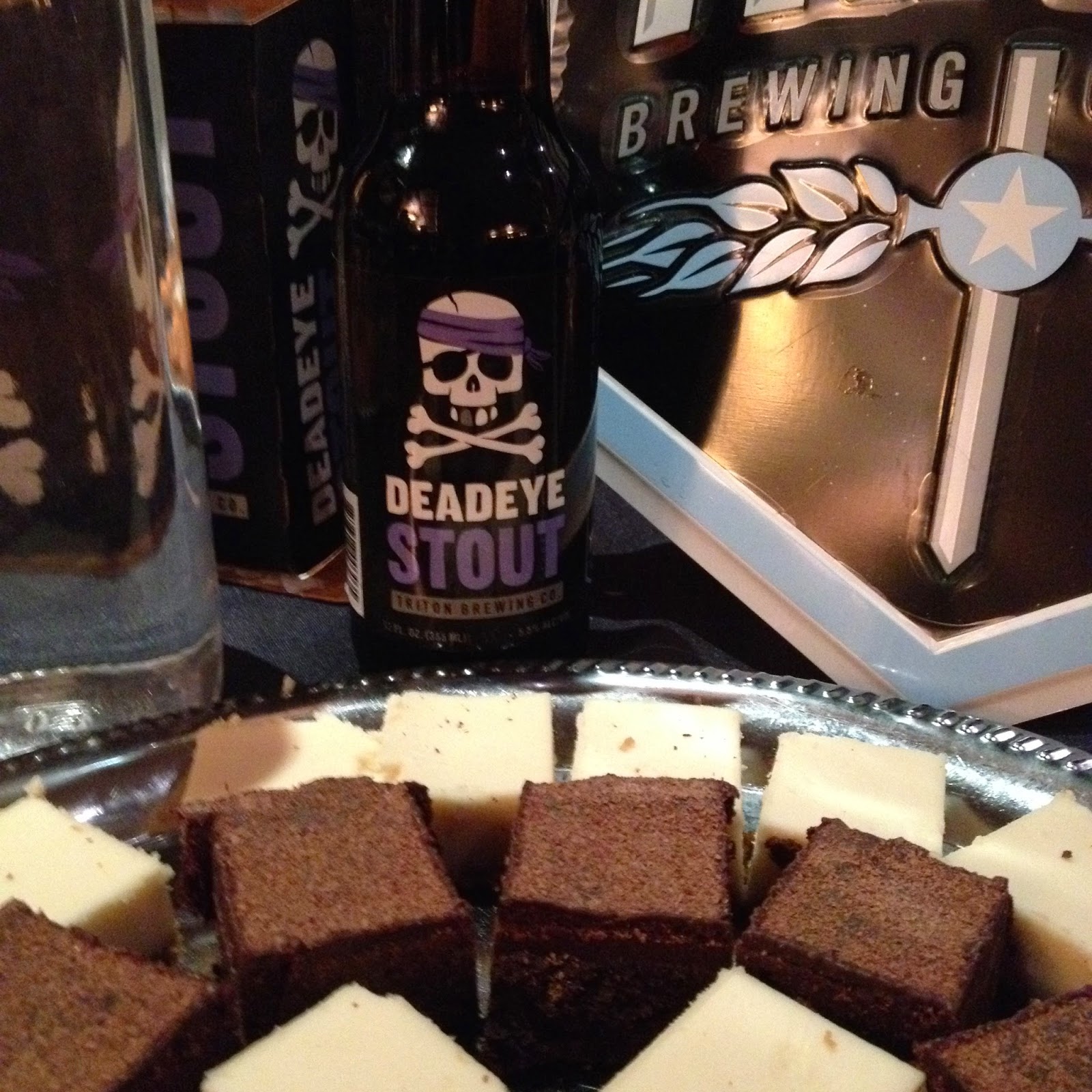